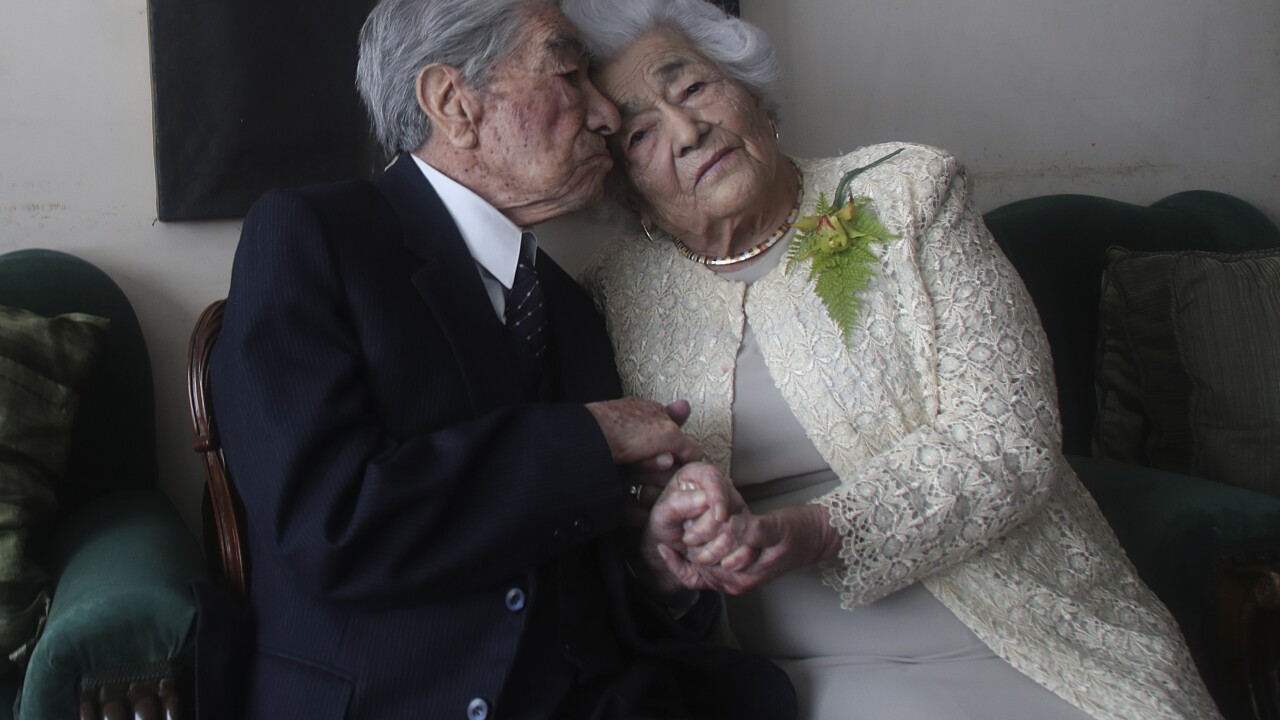 Copyright 2020 The Associated Press. All rights reserved
Dolores Ochoa/AP
Married couple Julio Mora Tapia, 110, and Waldramina Quinteros, 104, both retired teachers, pose for a photo at their home in Quito, Ecuador, Friday, Aug. 28, 2020. The couple is recognized by the Guinness World Records as the oldest married couple in the world, because of their combined ages. They have been married for 79 years. (AP Photo/Dolores Ochoa)

Both families disapproved. But seventy-nine years later, they’re still together — he at 110 years of age, and she at 104.

Both are lucid and in good health, though relatives say they’re a little depressed because they miss their big family get-togethers due to the pandemic. And they can gather quite a crowd: four surviving children, 11 grandchildren, 21 great-grandchildren and one great-great-grandchild.

There are longer marriages, but at the moment none between people so old — just short of a combined 215 years.

It's a mark now certified by Guinness World Records. The couple received a certification earlier this month.

Previously listed as the oldest were an Austin, Texas, couple, Charlotte Henderson and John Henderson who have a combined age of 212 years and 52 days.