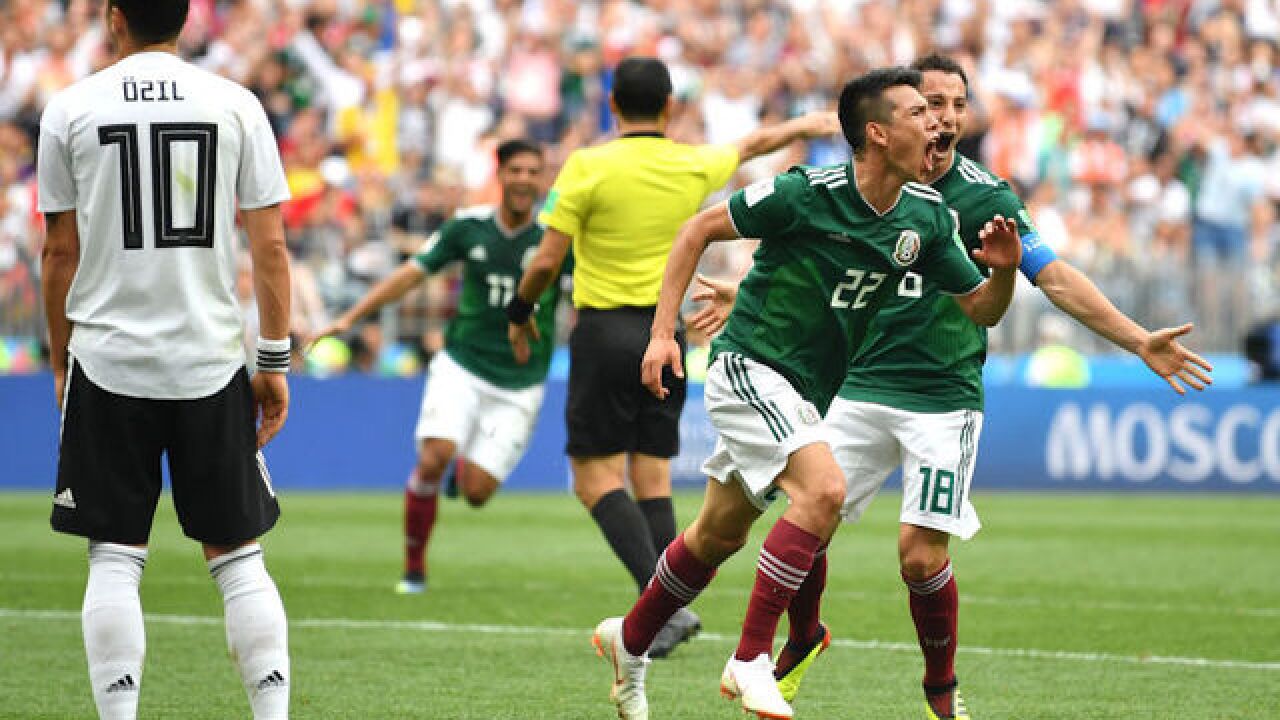 A Mexican agency that detects earthquakes reported on Sunday seismic activity was detected in Mexico City, roughly at the same time Mexico's national soccer team scored an improbable game-winning goal against Germany in the World Cup.

According to the IIGEA, artificial seismic activity was registered at two recording stations in Mexico City at 11:32 a.m. local time. The quake was roughly at the same time Hirving Lozano scored a goal halfway around the world in Russia.

The agency's hypothesis behind the seismic activity was from fans jumping at the same time while watching the game on TV.

The 1-0 win by Mexico shocked the soccer world as Germany is the defending World Cup champs, and is a favorite to repeat this year.

Sunday's incident is akin to one that took place in Baton Rouge, Louisiana in 1988 when earthquake equipment on LSU's campus detected seismic activity after LSU scored a game-winning touchdown against Auburn.