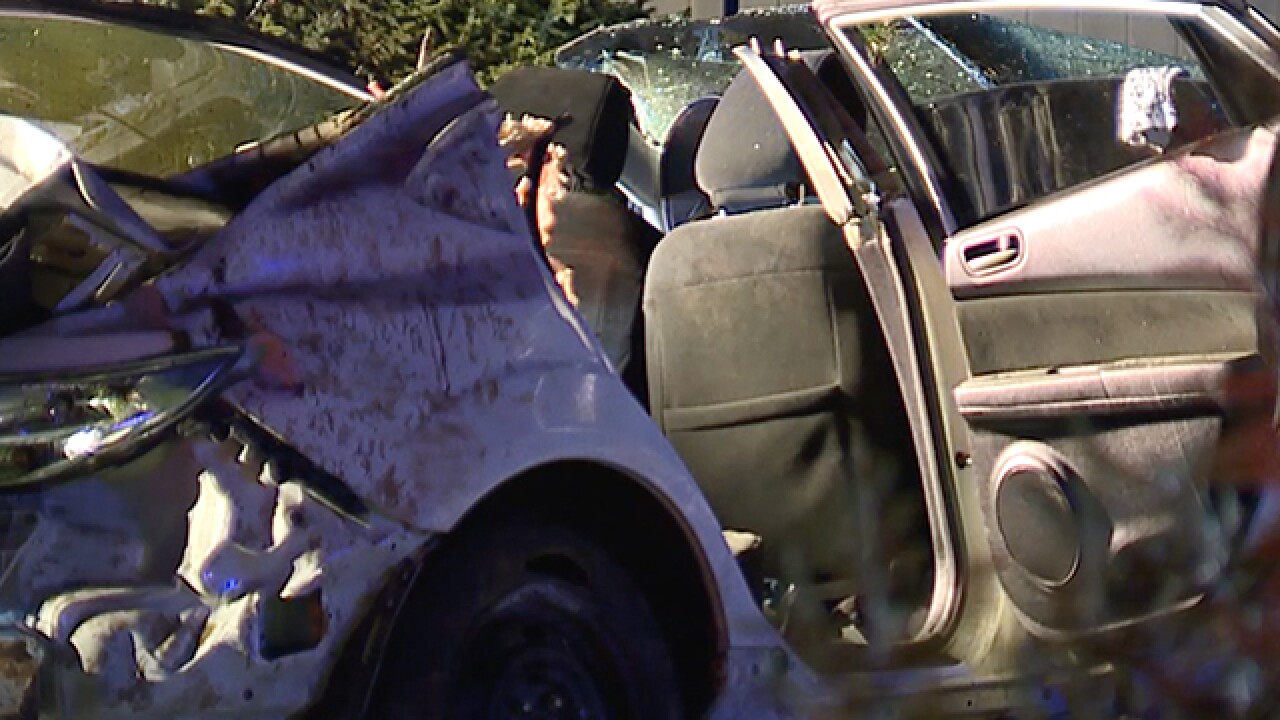 Copyright 2018 Scripps Media, Inc. All rights reserved. This material may not be published, broadcast, rewritten, or redistributed.
Mike Vielhaber

A driver was life-flighted to Cleveland Clinic Akron General Medical Center after leading troopers on a chase that caused him to miss a stop sign, before going airborne in Medina County on Wednesday morning.

Troopers attempted to initiate a traffic stop on a white 2009 Mazda 6 for a speed violation of going 76 miles per hour in a 35 mph speed zone on US 42 near Grafton Road.

Authorities said the driver attempted to get away from troopers by traveling westbound on Grafton Road in Medina County when he missed the stop sign at Marks Road, causing him to go airborne for about the length of a football field.

The car cut off the top of two trees that were about 15-20 feet in the air before coming to a stop in a front yard.

The driver sustained non-life threatening injuries as a result of the crash. Authorities said alcohol is suspected at this time, but it's unclear why the driver was evading police.

The distance of the crash (most of this was in the air) marked in red. Google maps measures it at 335 feet. pic.twitter.com/OL7Mpug0Dt