Dow recovering slightly after sliding more than 700 points on Thursday 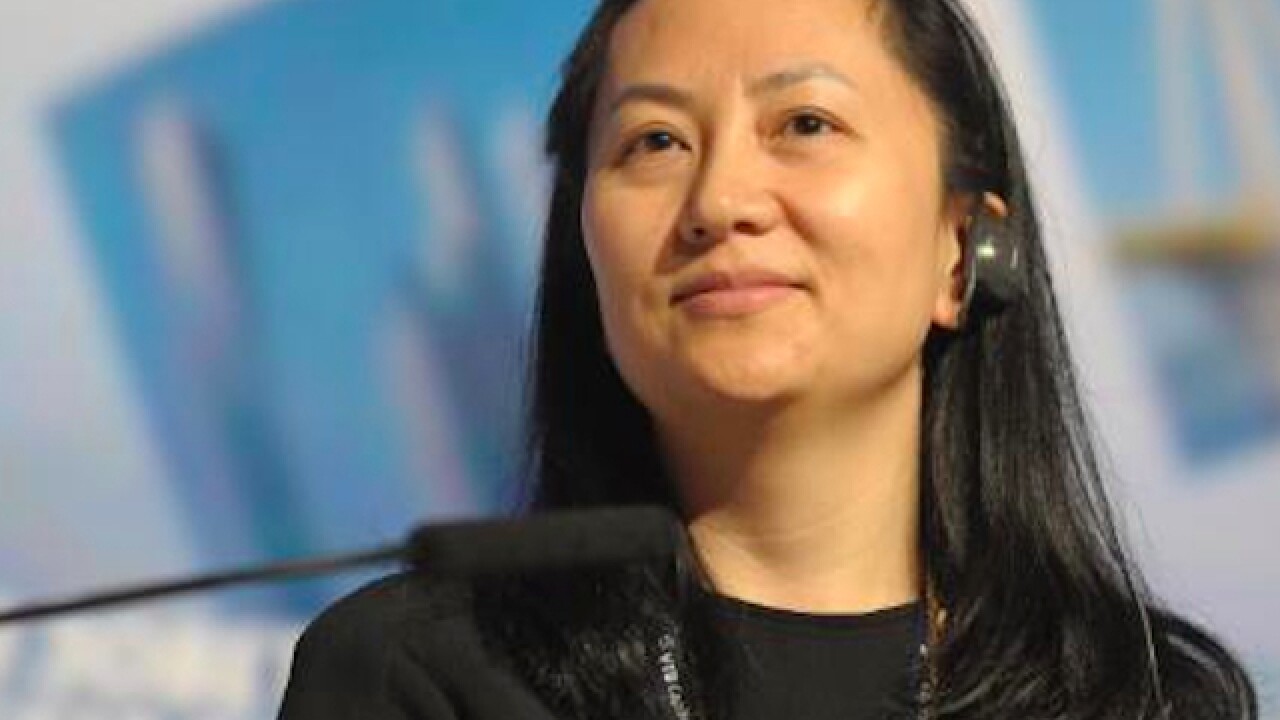 © 2018 Cable News Network, Inc.
<p>Meng Wanzhou, the chief financial officer of Chinese tech company Huawei, has been arrested in Canada and is being sought for extradition by the US government.</p>

Market sentiment is so fragile that news of an arrest is enough to set off a selling wave.

The arrest of Huawei CFO Meng Wanzhou in Canada at the request of the United States renewed doubts about the US-China truce.

Companies like Apple (AAPL) and Boeing (BA) that have significant exposure to China fell sharply. Other trade-related stocks like Broadcom (AVGO) and Harley-Davidson (HOG) were also under pressure. Alibaba (BABA), the Chinese e-commerce giant, tumbled 3%. The Dow and S&P 500 have once again turned negative on the year. The S&P 500, down 9% in the fourth quarter, is on track for its worst quarter in seven years.

The arrest of Meng -- the daughter of the founder of one of China's most important companies -- serves as a fresh reminder that the United States and China remain in a trade war, despite the ceasefire reached last weekend in Argentina. Tariffs already imposed remain in place and new ones loom if talks fail to result in a breakthrough or at least an extension within 90 days.

"This comes at a truly delicate time," Win Thin, global head of currency strategy at Brown Brothers Harriman, wrote to clients on Thursday. "We think this will force China to take a more aggressive and confrontational approach with the US."

Renewed trade jitters, along with worries about an economic slowdown, sent the Dow plummeting 799 points on Tuesday. That selloff wiped out a chunk of last week's rally, which was the S&P 500's biggest weekly gain in seven years. US markets were closed on Wednesday in honor of President George H.W. Bush.

Hooper said investors have become more concerned about the US-China trade standoff because the negative impacts have become more apparent. Supply chains have been disrupted, raw material costs are on the rise and businesses may be delaying investment decisions.

"Almost none of us lived through the full-blown trade wars that erupted in the 1930s," Hooper said.

President Donald Trump spooked investors on Tuesday when he called himself a "Tariff Man" in a tweet. Trump also suggested tariffs will "MAKE AMERICA RICH AGAIN" -- even though these levies are paid by American companies and consumers.

"The market will need to see tangible progress -- both in policy and negotiations -- before fully embracing the trade truce narrative," Isaac Boltansky, director of policy research at Compass Point Research & Trading, wrote in a note to clients. "We struggle to see how a comprehensive agreement can emerge in the next 3 months and instead expect trade tensions to resurface in earnest early next year.

Energy stocks retreated in tandem with plunging oil prices. Pioneer Natural Resources (PXD) and Baker Hughes (BHGE) slumped more than 4%. US oil prices tumbled 3% after OPEC and its allies concluded Thursday's meeting in Vienna without holding a press conference. Analysts had been anticipating a significant supply cut that would balance the market.

Saudi Arabia, the leader of OPEC, hinted that the reduction could be less than what analysts anticipated. Khalid Al Falih, the kingdom's energy minister, told reporters that a cut of 1.3 million barrels per day is "excessive."

Investors are also nervously watching a recession indicator in the bond market: the slope of the yield curve. The gap between the two-year and 10-year Treasury yield shrank this week to levels unseen since just before the Great Recession. An inversion -- where short-term rates are higher than long-term ones -- has been a reliable prognosticator of recessions in the past.