Markets recover after falling sharply on back of China tariffs 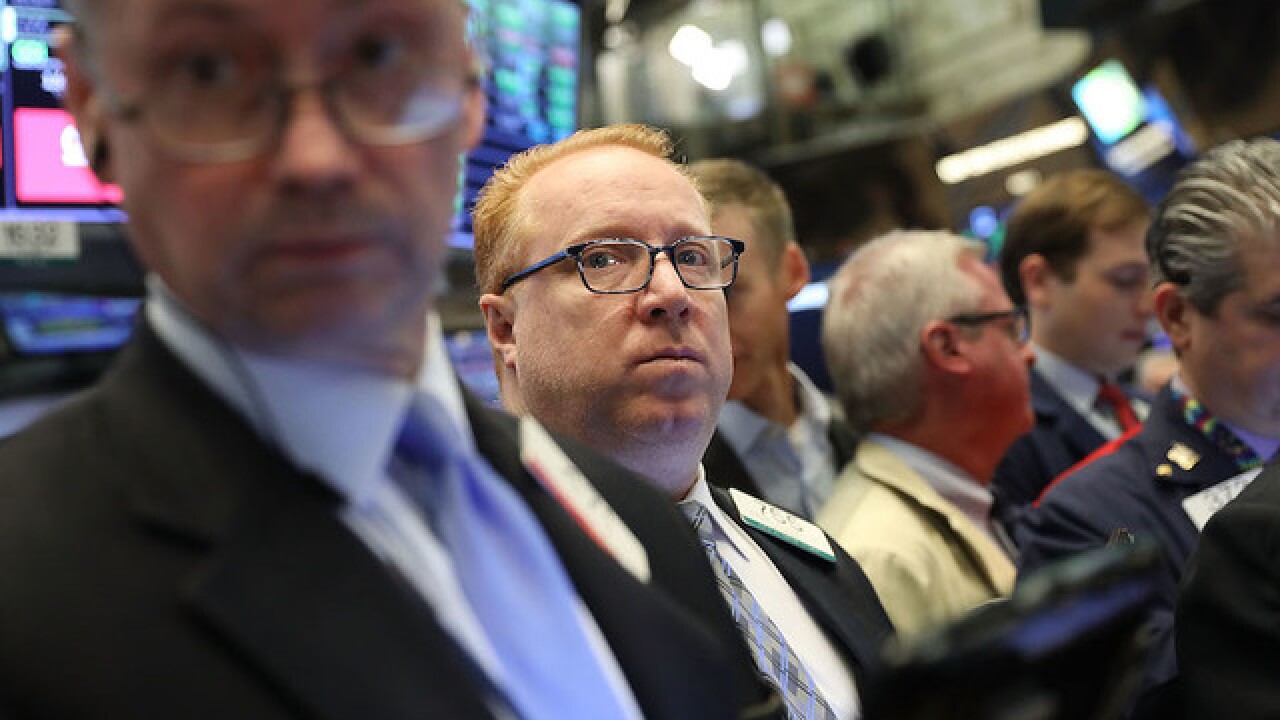 Stocked plummeted early Wednesday after trade tensions escalated between China and the United States. China announced plans for a 25% tariff on $50 billion a year worth of American exports, including plans, cars, soybeans and chemicals.

The Dow opened down more than 500 points. But the market erased those losses by early afternoon.

Investors are trying to "weigh the possibility that this is simply a negotiating ploy on both sides," Sam Stovall, chief investment strategist at CFRA Research, said. He also warned against drawing conclusions too soon — things may look different at the end of the week.

Related: 'We'll get past this.' Top economist on the market turmoil

The United States has announced its own tariffs to punish China for stealing trade secrets. But the tariffs on both sides remain only threats and plans. It's not clear when they would take effect, and the two countries are talking.

"This is not the start of a trade war. It's the start of negotiations," Vincent Reinhart, chief economist and macro strategist at BNY Mellon AMNA, told Richard Quest on CNNMoney's "Markets Now."

Earlier in the day, wary investors sold off industrial giants that depend heavily on China for revenue, including Apple, Boeing, Caterpillar and Intel. But the S&P 500 and the Nasdaq rallied and were slightly higher in the early afternoon.

Some investors may have taken advantage of the morning's fear to snatch up oversold stock, Stovall said.

Related: China fires back, announcing tariffs on US planes, cars and soybeans

Investors may have also been comforted when Larry Kudlow, head of President Trump's National Economic Council, said the administration was not angling for a trade war.

"I can understand the stock market anxiety. I get that. But don't overreact," Kudlow said on Fox Business. The tariffs, he said, will lead to "better economic growth, more trading going on, improved wages on both sides."

"I'm not a fan of tariffs," he said, but added that they are "part of the process."

The former CNBC commentator is staunchly in favor of free trade, and he has spoken out against tariffs in the past. He said Wednesday that he supports Trump's decision.

Still, investors believe Kudlow will prevent the administration from taking things too far, Stovall said, adding that Kudlow "is likely going to be advising a softer tone."

Trump said in a tweet Wednesday morning that "we are not in a trade war with China."

China announced its planned tariffs hours after the Trump administration detailed proposed tariffs on about 1,300 Chinese goods, worth about $50 billion annually. The administration said it would hold a public hearing for US businesses next month.

General Motors and Ford dipped before turning slightly positive. US oil futures fell less than 1% to about $63 per barrel. Soybeans, a major US agricultural export to China, were down 3.2% after losing as much as 4%.

"If protecting US intellectual property is the ultimate goal here, I'm not sure how destroying shareholder wealth, damaging CEO confidence and making the American farmer the main sacrificial lamb here after [six] years of pain on the farm is going to get us there," Peter Boockvar, chief investment officer at Bleakley Advisory Group, wrote in a note Wednesday.

Investors sought safety in gold, prices of which soared by as much as 1% earlier in the day.

Stovall noted that President Trump's "modus operandi" was to take a hard line early on in negotiations and adjust if the other side made concessions.

"It is still uncertain how this will play out," Julian Evans-Pritchard, an economist at Capital Economics, wrote in a research note Wednesday.

"China's response could embolden Trump to push for broader US tariffs, escalating trade tensions further. Equally likely, however, is that there will be some compromise that allows both sides to row back, or at the very least, water down the proposed tariffs," he said.

"The market is going through a self-writing process by working off the excesses of investor enthusiasm. The fundamentals have not changed," Stovall said.