Trump on Kasich's manners: 'It's disgusting' 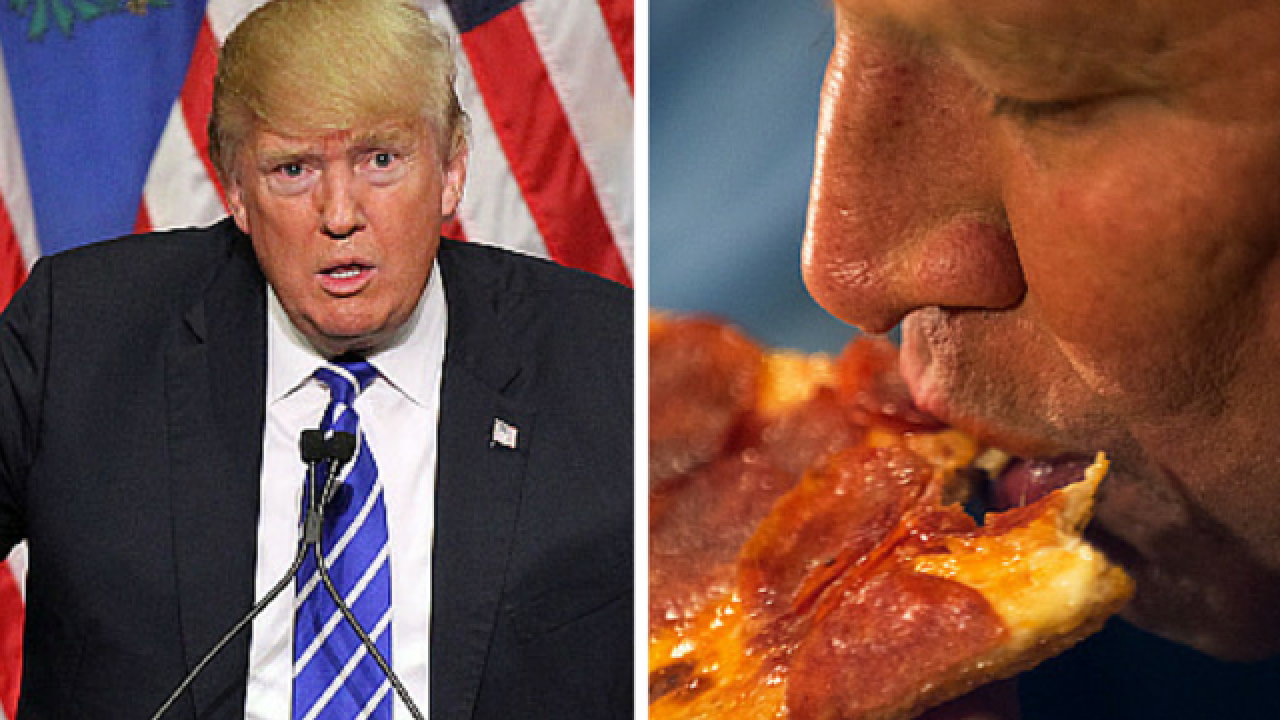 Collusion wasn’t the only charge that presidential candidate lobbied at his opponents on Monday. The other? Bad table manners.

At a rally in Warwick, Rhode Island on Monday, Trump called out GOP rival John Kasich for his sloppy eating habits.

“Kasich...did you see him? He has the news conference all the time where he’s eating. I have never seen a human being eat in such a disgusting fashion,” Trump said.

“This guy takes a pancake and he’s shoving it in his mouth,” he added. “It’s disgusting. Do you want that for your president? I don’t think so.”

This isn’t the first time that Kasich’s eating habits have gotten him into trouble. Last month, he was spotted at a pizzeria in Queens, New York slicing into his pie with a knife and fork. He went on to lose the Empire State to Trump by more than 35 points.

While Trump claims to have better table manners than his counterpart, his campaign diet has been reportedly less than presidential. The Chicago Tribune reported in March that Trump has quite the fast food habit, saying he “inhales” Filet-O-Fish and Big Macs while on the road.