Trump announces tariffs on $50 billion worth of Chinese goods 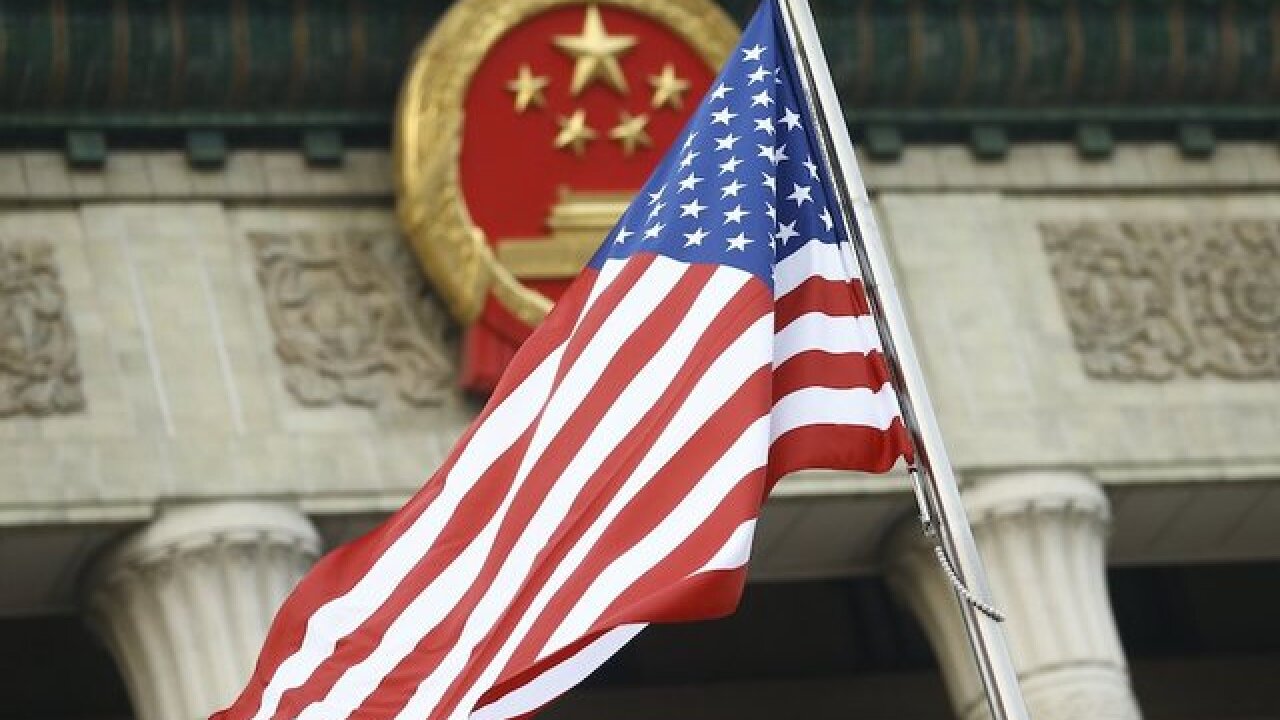 Image copyright 2018 Getty Images. All rights reserved. This material may not be published, broadcast, rewritten, or redistributed.
Thomas Peter
<p>President Donald Trump has given his approval to proceed with $50 billion in tariffs on Chinese products, according to a source with knowledge of the situation.</p>

President Donald Trump is sharply escalating a confrontation with China over trade.

The United States will impose a 25 percent tariff on $50 billion of Chinese exports, the president said early Friday.

The penalty is designed to punish China for stealing American technology and trade secrets. It will apply to roughly 1,100 exports and will target the Chinese aerospace, robotics, manufacturing and auto industries.

Trade between the two countries "has been very unfair, for a very long time," Trump said. "This situation is no longer sustainable."

US customs agents will begin collecting the duties on July 6, the administration said.

The move represents a serious escalation of trade tensions between the world's two largest economies — just as Trump has also picked fights with allies Canada, Mexico and the European Union over steel and aluminum.

Beijing previously promised to respond to this tariff with retaliatory tariffs of its own on $50 billion of US products such as cars, planes and soybeans.

And Trump said Friday that if China retaliates, the United States will authorize another round of tariffs on Chinese goods.

He has said previously that the United States would consider tariffs on an extra $100 billion worth of Chinese exports if China pursued "unfair" retaliation.

The tariffs announced Friday will be enacted in two waves. More than 800 exports will be subject to tariffs starting in July. Another 280 or so still need to undergo a public comment period, and will take effect later.

For months, Trump had slow-walked threats of tariffs against China as punishment for intellectual property theft.

He first announced that the United States would impose trade penalties on about $50 billion of Chinese goods in March.

"We have a tremendous intellectual property theft problem," Trump said at the time. "It's going to make us a much stronger, much richer nation."

After China warned it would retaliate, Trump threatened tariffs on a further $100 billion of Chinese products.

In mid-May, both sides announced a ceasefire after two rounds of trade negotiations.

The countries said in a joint statement that China would "significantly increase" purchases of US agricultural and energy products to reduce the trade imbalance, a top Trump administration demand. Mnuchin subsequently declared the trade war "on hold."

Ten days later, the White House abruptly said it would proceed with the tariffs, along with new limits on Chinese investments in the United States.

The Trump administration said it would finalize the list of goods that would be subject to 25% tariffs by June 15, and that the tariffs would go into effect "shortly thereafter." An initial list, which including items ranging from artificial teeth to flamethrowers, was released at the beginning of April.

A further round of trade talks in Beijing earlier this month failed to yield any breakthroughs. And the Chinese government warned then it wouldn't honor its pledge to increase purchases of US goods if tariffs were imposed.

The Trump administration last week cut a deal with Chinese telecommunications firm ZTE to end a crippling ban that prevented the company from buying American parts. ZTE's fate had become entwined in the trade talks. But the agreement to save the company has faced resistance from lawmakers in Congress, who argue the ban should stay in place because ZTE allegedly poses a security threat.

Trump's decision to move forward with tariffs on China follows his recent imposition of steep tariffs on steel and aluminum imports from Canada, Mexico and the European Union on national security grounds.

Those penalties have been met with consternation by world leaders, and led to a fraught G7 meeting with Canada, France, Germany, Italy, Japan and the United Kingdom last weekend.

After the G7 summit, Trump sent out an angry pair of tweets in which he slammed Canadian Prime Minister Justin Trudeau as "very dishonest & weak," and ordered US representatives not to sign a joint communique with the G7 leaders.

The European Union and Canada have said they will enact retaliatory tariffs starting in July. Mexico has already retaliated with its own tariffs on US goods.