Doing your own taxes? Pros say avoid these 4 blunders 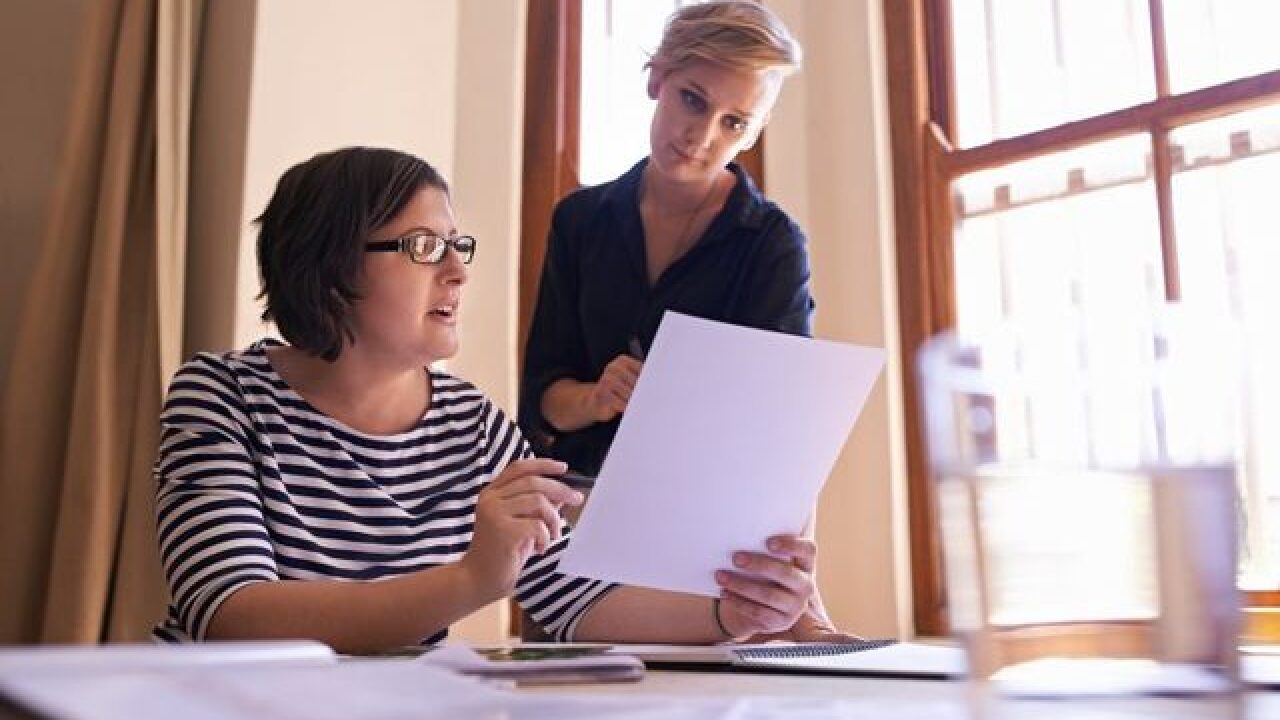 It’s easy to make mistakes when you’re trying to do your own tax return, but some mistakes seem to happen way too often. We asked a couple of tax pros about gaffes they see over and over again when people fly solo on tax prep. Here are four big ones they want you to avoid.

There are five primary ways to file: as single, married filing jointly, married filing separately, head of household and qualifying widow(er) with dependent child. You can’t just pick a filing status that sounds good, you can only use one you actually qualify for, says Larisa Cooper, a certified public accountant at GMLCPA in Tucson, Arizona. (Learn more about  how to choose the right tax filing status .)

For instance, single women receiving child support often don’t realize they may be able to use the head of household filing status. “They file as single and they lose a lot of money,” says Michele Cagan, a CPA in Baltimore.

People who recently married or divorced also are especially prone to using the wrong filing status, which results in botched returns, overpaid or underpaid taxes, and other headaches, she adds.

“Just because you guys aren’t living in the same house doesn’t mean you’re divorced for tax purposes,” she says. “If your state has legal separation, which not every state does, that counts as divorce for taxes, but otherwise if you’re technically married on December 31, you’re married and you have to file married.”

2. Filing late because you can’t pay

Sometimes people decide to file their tax returns after the April deadline because they can’t afford to pay to the IRS what they owe. That’s a huge mistake, Cagan says. Filing late compounds money problems.

“There are pretty big fines and penalties for not filing on time, especially if you owe,” she warns.

There’s also no reason to procrastinate on preparing your return. “If you file early, you don’t have to pay early. That’s another thing people don’t know,” Cagan says. “You can file early, owe money, and as long as you pay by the deadline, you’re fine.”

The rules about who counts as a dependent can be complicated, but one thing is clear: Two people can’t claim the same person as a dependent. Divorced couples mess it up all the time, though, Cagan says. Both parents mistakenly claim the kids as dependents, or neither does.

People also repeatedly flub their taxes when their kids leave for college, Cooper adds. “[The parents] just won’t claim them because they think, ‘OK, the child is in college; I can’t claim [him] anymore,’ but that’s not necessarily true. Then the child goes ahead and files their return, claims [him]self, gets a huge refund. Then the parents look at their tax return and they have a huge bill.”

» MORE:  Get on top of where you stand with a tax calculator

People often use the same tax software version for far too long, Cagan says. They assume that what worked last year also will work this year. But events such as buying a house, having a baby or getting married can create more-complex tax situations, she says.

“When people have a [life] change and they don’t change their tax software, they’re trapped with whatever functionality it has,” she says. “People use the same things over and over out of habit, and it really limits how well you can do your taxes and how much you can reduce your tax bill.”

Risk-taking behavior is another issue. When Cooper points out a mistake on a tax return, she says she often gets this response: “Well, I’ve done it for years and the IRS hasn’t said anything.”

“Sometimes it takes the IRS many, many years to get caught up,” she warns. “Just because they haven’t said anything, it does not mean that they checked the return and they said that the return was correct.

“Sometimes we have to almost defend ourselves and show them the code, and we send them links on the IRS website. Then they go, ‘Oh, OK, all right. I’m really not supposed to be doing this,’” she says. “It’s a lot of educating.”

Tina Orem is a writer at NerdWallet. Email: torem@nerdwallet.com.