Dog found swimming 135 miles off the coast of Thailand 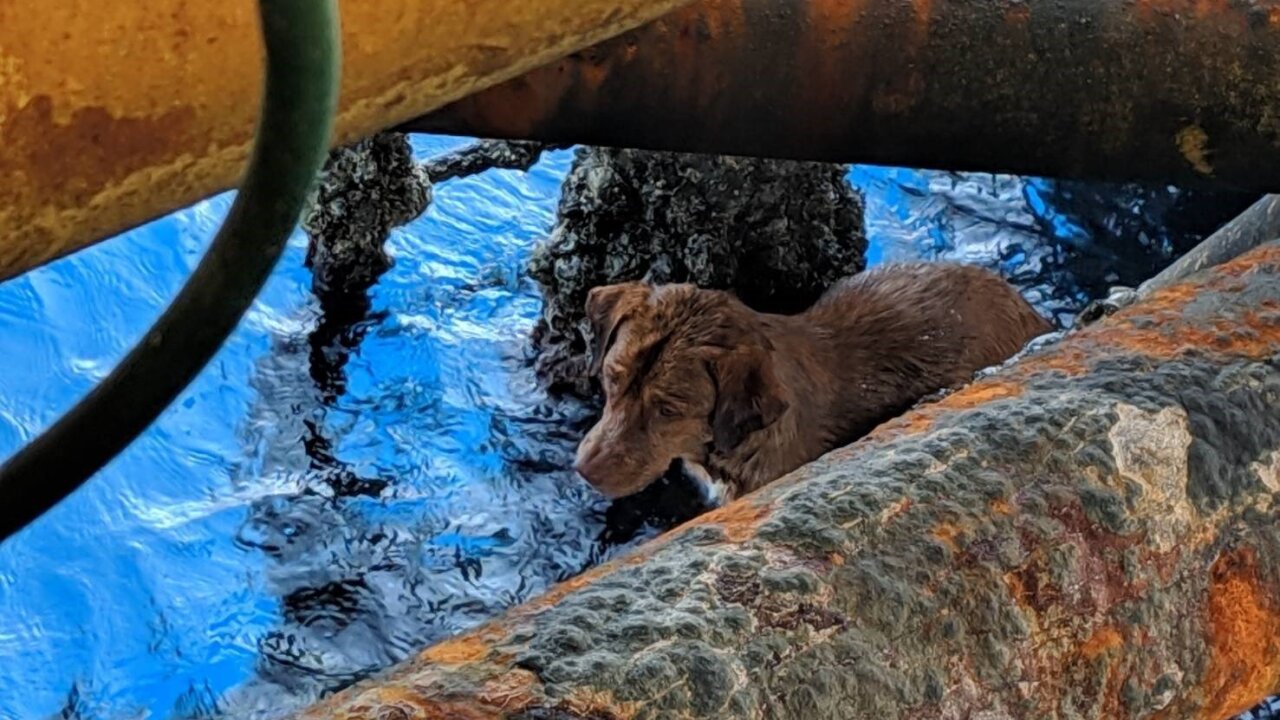 See Caption/See Caption
Photos of a dog rescued after being found swimming in the Gulf of Thailand - 220km from the shore. Workers onboard an oil rig noticed the dogs head poking out above the ripples as she paddled through the ocean last April 12 afternoon. CREDIT: Rescue Team members of Chevron Thailand Exploration & Production

(CNN) -- Workers on an oil rig some 135 miles (220 kilometers) off the coast of Thailand found an unexpected new friend swimming nearby: a dog.

The brown canine was found paddling near the rig, cold and shivering, with no indication of how he got there.

Rig worker Vitisak Payalaw, an offshore planner with Chevron, told CNN that fellow staff members spotted the dog swimming towards the platform on the afternoon of April 12, and held out a pole for him. But, buffeted by the waves, he was unable to climb up, his grasp repeatedly slipping.

"I thought that if we didn't move quickly, I would not be able to help him," said Payalaw. "If he lost his grip, it would be very difficult to help him."

Payalaw described how the dog simply held on silently, looking up at the workers.

"His eyes were so sad. He just kept looking up just like he wanted to say, 'please help me,'" he said.

"At that moment, whoever saw this, they would just have to help."

The workers then decided to throw a rope around the dog and pull him up.

Once on board they bathed the dog and gave him some fresh water and an electrolyte drink, naming him Boonrod, which means "survivor."

"He looked extremely exhausted and ran out of energy. He didn't move much," Payalaw told CNN. "He was shaking and he couldn't stand, he had to sit all the time."

Boonrod -- an aspin, a breed native to the Philippines -- was returned at around 10 a.m. local time Monday to the mainland, where he was taken in by the charity Watchdog Thailand.

The dog was then transferred to an animal clinic in Thailand's Songkla province, the charity said on its unofficial Facebook page.

Payalaw said on his Facebook page that Boonrod would be given temporary shelter at a dog home until he can regain his strength.

If no one comes to reclaim Boonrod, Payalaw said he would adopt him.