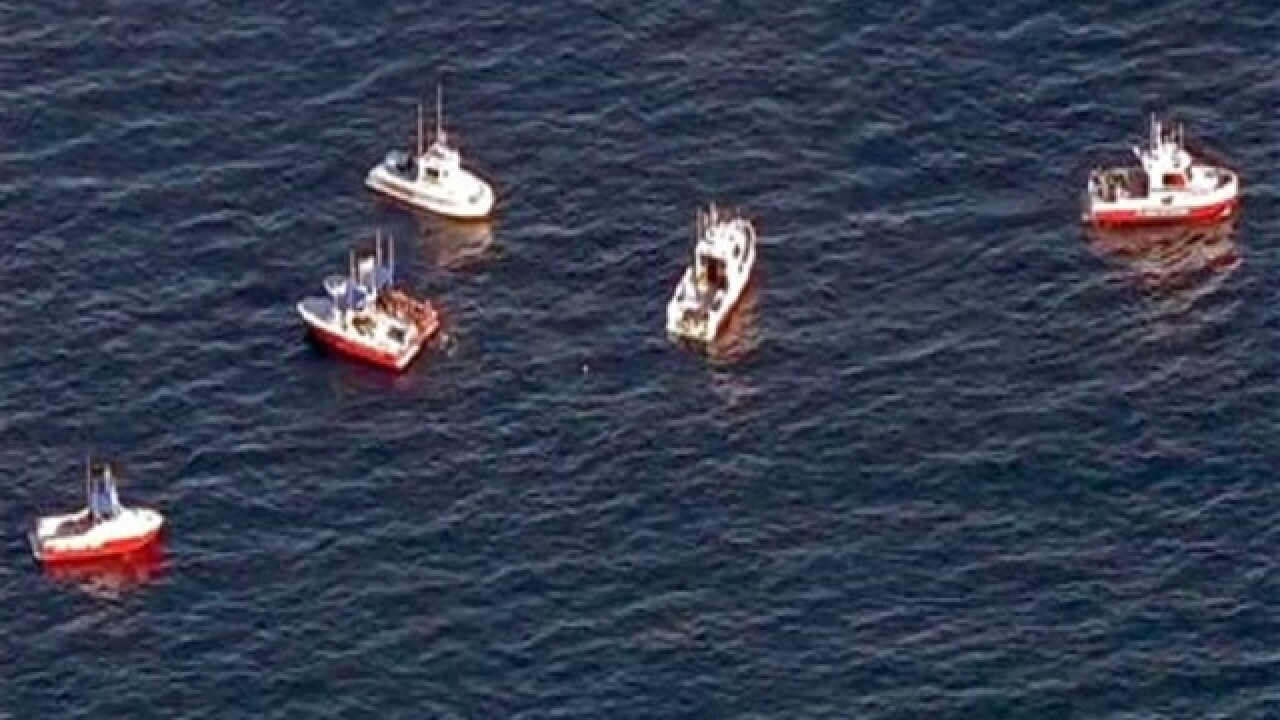 LOS ANGELES (AP) — Two bodies and the wreckage of a small plane were found Sunday by divers searching in the water off Southern California for evidence following a midair collision believed to have killed three people, authorities said.
Divers made the discovery about 100 feet below the surface, in an area about 2 miles off Los Angeles Harbor, Los Angeles County Sheriff's Capt. Jack Ewell said in a statement.
Investigators from the coroner's office will identify the victims and divers will resume the search Monday morning, he said.
A massive search was launched Friday after a plane piloted by a 72-year-old woman was seen on radar colliding with a craft carrying men ages 61 and 81 off San Pedro, just outside the harbor.
Authorities have not released any identities, but the woman's husband identified her as Mary Falstrom of Torrance.
Richard Falstrom said his wife, a longtime pilot, told him Friday that she was going on a plane ride to enjoy the sunny weather. Hours later came the news of the collision.
Some debris from a plane carrying two men, including a pilot's logbook, was quickly found. But there was no sign of Falstrom or her plane.
Richard Falstrom believes his wife died doing something that gave her great joy.
"She loved flying. It was a passion," he told The Associated Press.
His wife was a member of The Ninety-Nines, Inc., an international organization of women pilots, and he said she volunteered at the Western Museum of Flight at Torrance Airport, from which she and the other plane took off Friday.
The plane carrying the men was a Beech 35 Bonanza and the second was a Citabria, said Allen Kenitzer, a spokesman for the Federal Aviation Administration. Falstrom said his wife flew a Super Decathlon, an aerobatic plane by the same maker of the Citabria.
The crash site was near the Angels Gate light, a lighthouse at the San Pedro Breakwater that is on the National Register of Historic Places. The area is popular for flight students.
Authorities said both pilots were experienced.
Associated Press 2016