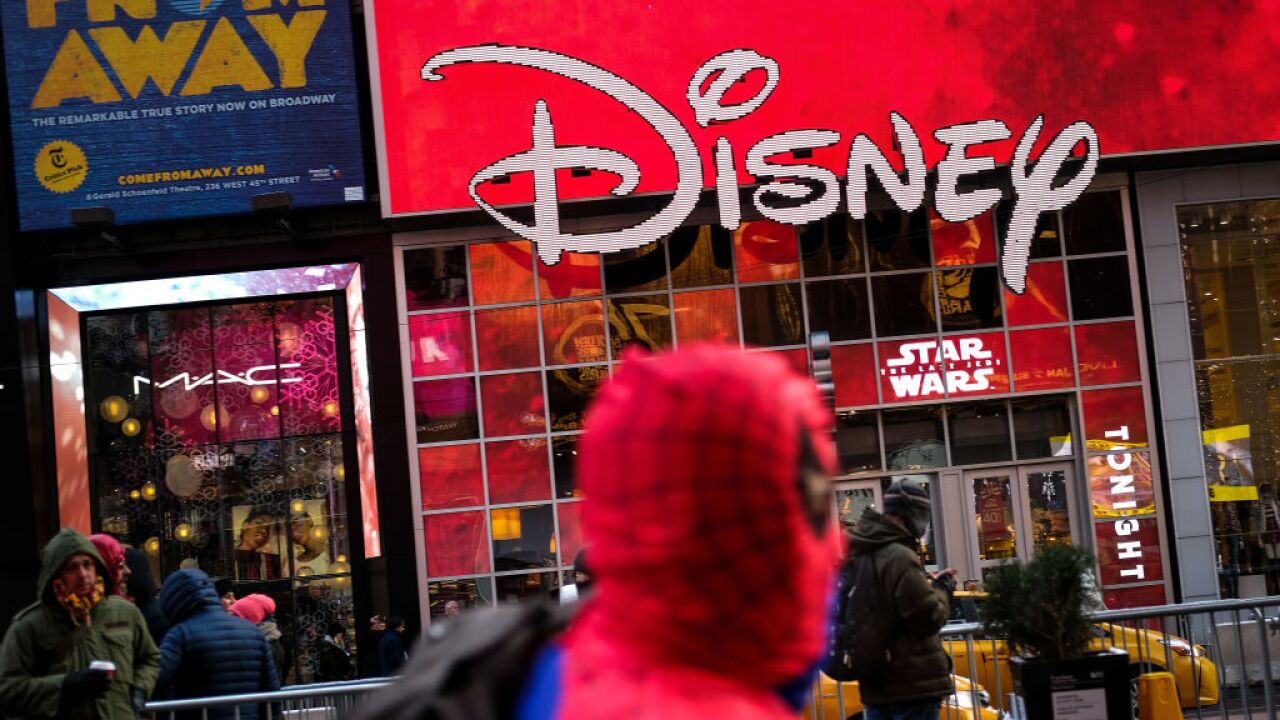 Like any marriage, Disney and Fox will have to figure out how to mesh what each brings to their new union. It's just that the corporate wedding of Mickey Mouse's sprawling media empire and the entertainment assets that were built under Rupert Murdoch have $71 billion worth of stuff to combine.

The long-gestating acquisition officially closes March 20, and in the process reshapes two of Hollywood's major studios.

The assets that Murdoch keeps provide a leaner, more focused entity built around the Fox broadcast network, Fox News Channel and Fox Sports. That company will live on as the Fox Corporation.

Disney CEO Bob Iger, meanwhile, achieves the necessary bulk, theoretically, to mount a formidable competitor to Netflix, Amazon, Apple and other streaming and tech giants crowding into the entertainment space.

Notably, Disney wasn't the only studio thinking this way. Comcast, the parent of NBCUniversal, made its own aggressive bid for the Fox holdings, which wound up costing Disney far more than its initial $52-billion offer to secure the rights.

Now, Disney must determine how to best put together an enormous content puzzle, with some pieces that obviously fit into its existing template, and a few stragglers and outliers that both open new doors and, possibly, create fresh headaches.

Disney is hungry for content, as the studio prepares to launch i ts own subscription streaming service, Disney+ , later this year.

Fox's movie production complements Disney's efforts. The theatrical title "Avatar" has already been turned into an attraction at Disney World — the Disney parks and merchandising apparatus being other beneficiaries of the access to additional intellectual property.

Other elements of the acquisition will expand Disney's footprint, bringing with it edgier material to the traditionally family-friendly House of Mouse. That includes specialty film division Fox Searchlight and the FX cable network — units that have received reassurances from Iger that they won't need to change their focus or water down their menus. (Fox has produced R-rated superhero movies, like "Logan" and "Deadpool," a bridge that Disney's Marvel has yet to cross.)

A less-heralded addition, National Geographic, also provides a documentary and nature component, which figures prominently in Disney's plans, where the diverse array of programming also includes ABC News and ESPN.

In an interview last fall with t he Hollywood Reporter , Iger stressed that Disney is "playing the long game," as studios gradually evolve their distribution models and revenue streams around more direct-to-consumer relationships. That will include, Iger said, "less bundling of channels and more selling of specific brands, programs, etc."

Disney, in many respects, appears uniquely suited to capitalize on such an environment, having assembled through previous acquisitions an arsenal of brands with the most avid followings in pop culture, including "Star Wars," Marvel and Walt Disney Animation and Pixar Animation Studios.

Fox augments that repertoire, while bringing a roster of talent into the company, including TV executives Peter Rice, Dana Walden and John Landgraf.

There will also be a period of unease and uncertainty, since consolidating the two entities is expected to result in an unspecified number of layoffs. Disney has told investors that it intends to achieve "at least $2 billion in cost synergies by 2021."

In a less obvious vein, expanding Disney's holdings means there may be additional pressure points and potential sources of controversy. That's no small matter for a company that has experienced its share of public-relations flare-ups in the last year, including the firings of Roseanne Barr from her ABC sitcom and "Guardians of the Galaxy" director James Gunn over comments on social media. The latter was recently rehired for the next "Guardians" sequel.

The deal will also yield a hard-to-quantify return to Disney in terms of prestige. FX has been a major awards contender in television. Disney is also picking up a controlling stake in Hulu, which became the first streaming service to snag a best-drama Emmy with "The Handmaid's Tale."

In movies, Disney and Fox combined to win 11 awards — nearly half of those presented — at the Oscars in February, including honors for "Black Panther," 20th Century Fox's "Bohemian Rhapsody" and Fox Searchlight's "The Favourite."