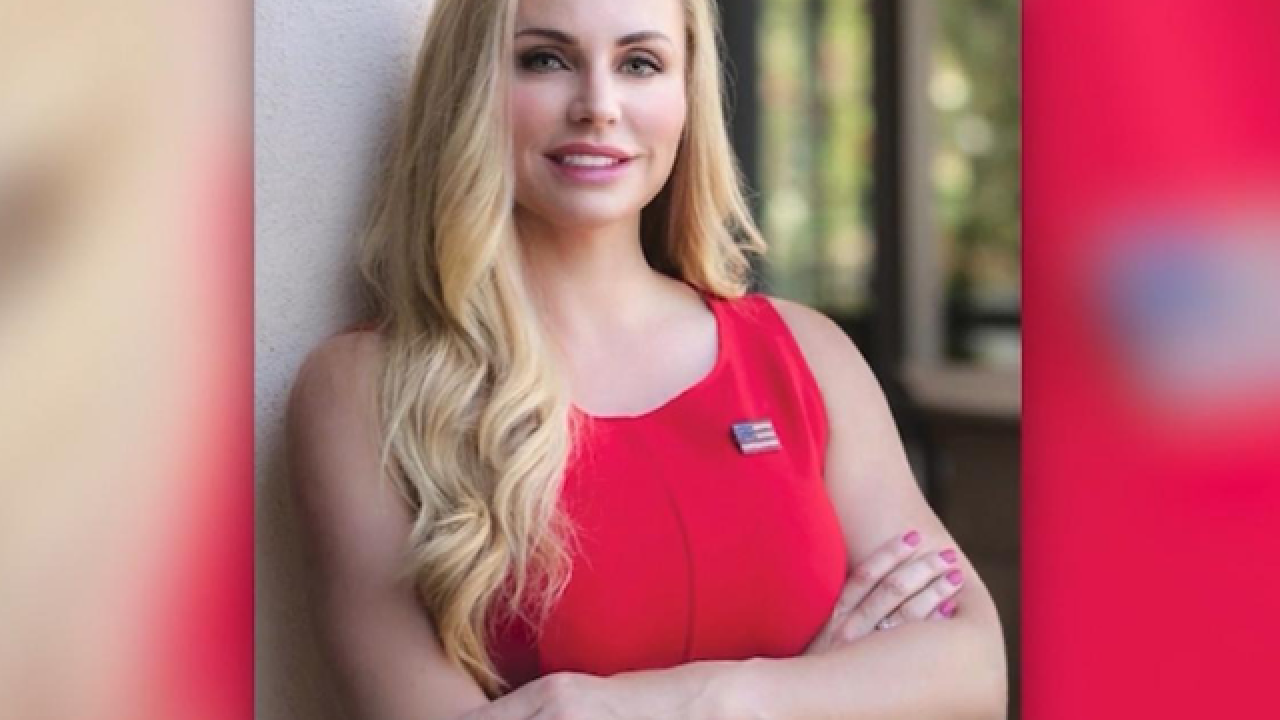 Melissa Howard, a Florida state house candidate, told CNN on Tuesday that she has suspended her campaign.

Howard came under fire after posting a picture of a diploma from Miami University in Ohio, although the school said she did not receive a degree there.

She officially suspended her campaign on Tuesday, although the day before, she had vowed to stay in the race in a Facebook post that has since been taken down.

"I have come to the realization that the right thing to do for my community is to withdraw from the race. I will do so today," Howard said in a statement to CNN affiliate WWSB.

Howard, a Republican candidate who sought to represent District 73 in the Florida House of Representatives, vowed to continue serving her community and apologized in the statement.

"I made a terrible error in judgment. I am thankful for everyone who gave me so much toward my success, and I am deeply sorry," according to her statement to WWSB.

On Monday, a post had appeared on Facebook in which Howard apologized for what she called a "mistake saying that I completed my degree." That post was later taken down.

"I would like to apologize to my family and my supporters for this situation," said the Monday post. "It was not my intent to deceive or mislead anyone. I made a mistake in saying that I completed my degree. What I did was wrong and set a bad example for someone seeking public service. I am staying in the race and intend to win and lead by example from now on."

Last week, FLA News reported that Howard, 46, did not have a degree from Miami University as she said she did in her candidate bio. The story was later briefly rescinded after Howard's campaign responded to the story in a statement and Howard posted a partial college transcript, as well as pictures of her posing with a framed diploma on her Facebook page.

The images were no longer available.

Miami University told CNN and other news outlets it has no record of Howard earning a degree there. The school said Melissa Marie Fox (Howard's maiden name) had attended Miami University from August 1990 to May 1994, but she did not graduate.

The university pointed out a few critical flaws on the image of the diploma that Howard briefly posted on social media.

Also, Howard's major while she was enrolled at Miami University was retailing, and the degree for that program would have been a Bachelor of Science in Family and Consumer Sciences, according to the university.

The picture of the diploma included the signatures of James Garland, who was the president of the university in 1996, and of Robert C. Johnson, who was the dean of the graduate school, which would not have been the proper school, the university statement said.

The university counsel said in a statement to CNN that the document in the photo "does not appear to be an accurate Miami University diploma."

Howard's campaign consultant, Anthony Pedicini, had told the Washington Post over the weekend that Howard's husband had been hospitalized Friday night after suffering cardiac arrest. She is "focused on him right now," he said then, and not on "fake news."

In her website bio, Howard had said she was the first in her family to attend college and that "she waited tables at Ponderosa and saved enough from summer jobs to complete her education. Upon graduation she worked for large (Marriott and Microsoft) and small companies before launching her own marketing business that today serves clients throughout the world."

Those sentences are no longer posted on her website.