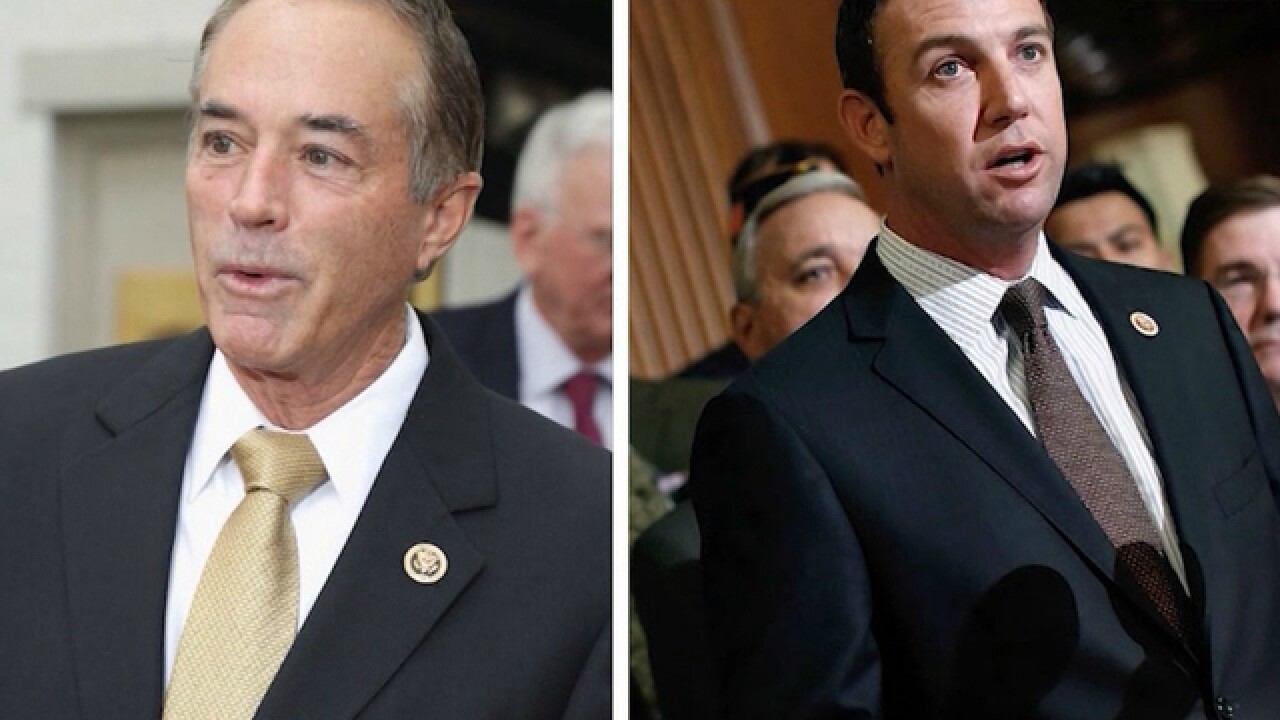 Both men were early supporters of President Donald Trump, who blasted the Justice Department earlier this year for investigating the two Republicans.

Despite the federal charges against him, which he calls "meritless," Collins has been actively campaigning to keep his seat in New York's 27th Congressional District.

Collins, the first House member to endorse Trump's 2016 campaign, has been charged with securities fraud, wire fraud and false statements stemming from alleged insider trading in stock of an Australian pharmaceutical company.

Hunter, who represents California's 50th Congressional District, was indicted the same month as Collins in August -- but for charges of campaign corruption related to a quarter-million dollars' worth of charges on his campaign credit card. Hunter claimed he was framed by a "corrupt" Department of Justice but also placed blame on his wife.

He went on to suggest that his Mexican-Palestinian-American opponent -- a 29-year-old former Obama administration aide who is Christian -- is a Muslim with ties to terrorism who would threaten the security of US soldiers.

While the Justice Department filed to dismiss charges against Menendez, he was still admonished by the Senate Ethics Committee for accepting gifts without proper approval from a wealthy ophthalmologist and returning in kind with political favors..