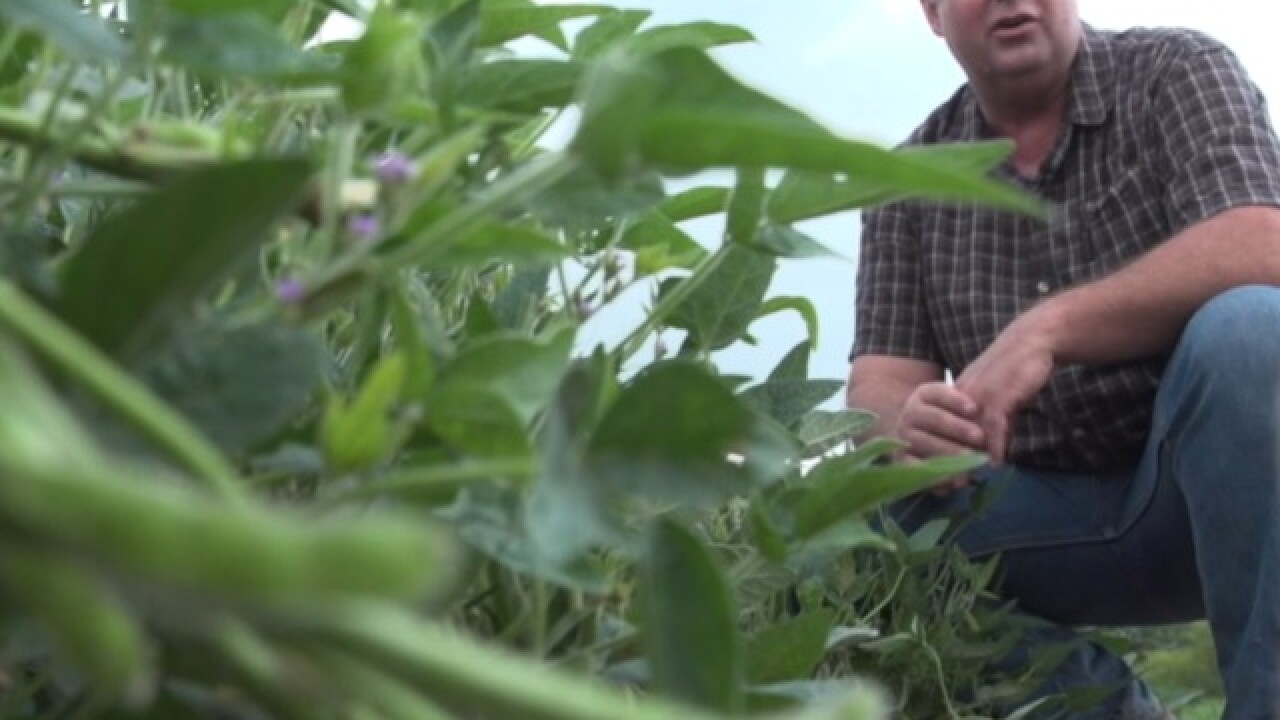 On the Walton farm near Iowa City, Iowa, this year’s soybean crop is as good as it gets. But out here, most days are not easy, but Dave Walton finds the good in most days. That optimism could be why the Walton family has been on the farm so long.

Walton is a sixth-generation soybean farmer in Iowa.

"I've got two sons that would like to farm, too,” says Walton.

Walton says, perhaps more now than ever, there’s much anxiety about the future.

"We were already looking at lower profits, and this tariff issue has made it even worse."

"We sell most of our soybeans to a river terminal," says Walton.

The soybeans are then loaded onto a barge on the Mississippi, shipped down river and eventually arrive in China, where a growing middle class has an insatiable appetite for all things soy.

"They use it mainly for animal feed, and also, they crush the oil out of it and use it for cooking," says Walton.

Soybeans are by far the number one food and beverage export of the United States, bringing in $22 billion a year.

"Using soybeans as a negotiating tool is something the Chinese understood,” says Walton. “They knew that that's one of our largest exports, so it made sense for them to target soybeans."

As a result of that, and other instabilities in the market, the price of soybeans has tumbled.

“It's not fun to be a pawn in this," expresses Walton.

It's not just exports like soybeans feeling the pain of the tariffs. Just across the river from Iowa in Moline, Illinois is home to John Deere.

John Deere says it's determined to protect profits, which topped $1 billion in the second quarter alone this year. It is cranking out equipment at a dizzying pace, with sales up 34 percent over last year.

“There's a bunch of moving pieces in trade.

"There was already somewhat of a restriction for U.S. beans going into China."

Walton is now working other world markets to find a solution. He just returned from Europe, where there's a growing demand for soy as well.

"I would say my mindset has always been outside my own farm gate," Walton says.