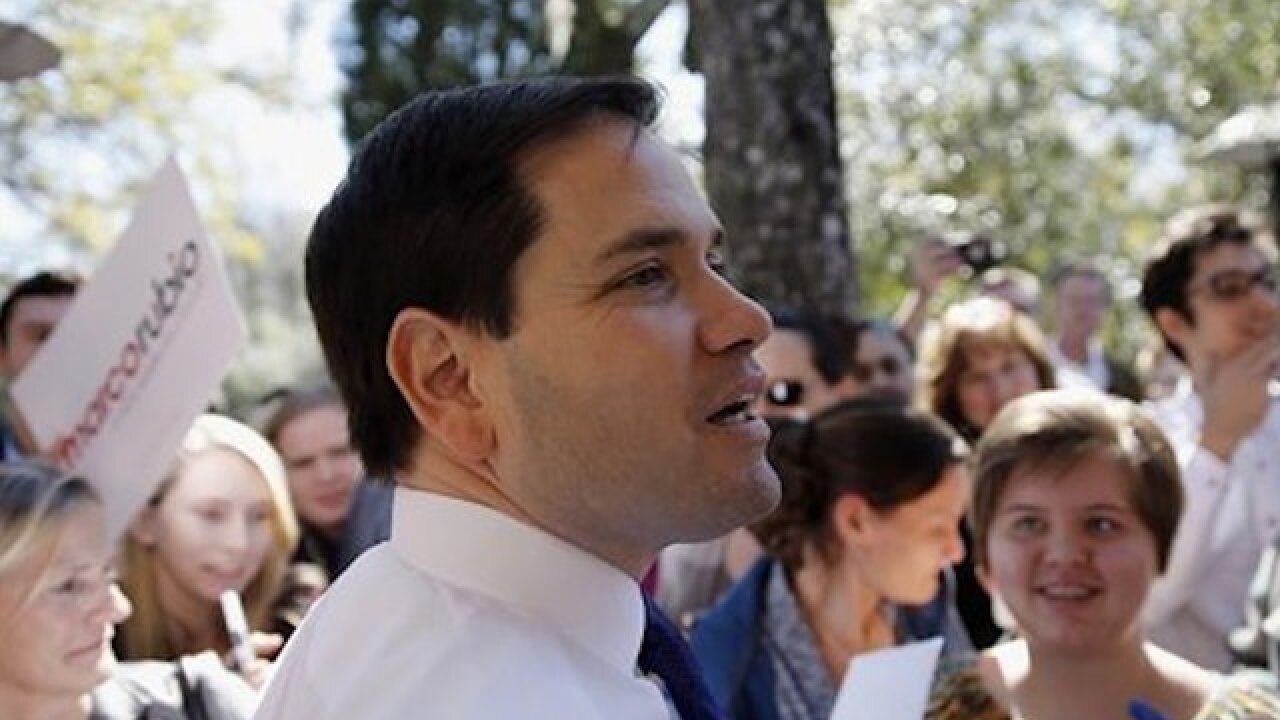 CHARLESTON, S.C. (AP) — Jeb Bush, John Kasich and Marco Rubio are locked in a high-stakes political chess match in South Carolina, strategically moving money and other campaign resources around in a bid to pull ahead in the Republican primary race — or at least keep their campaigns afloat if they don't.

The maneuvering comes as some Republican leaders fear Donald Trump or Ted Cruz will begin piling up the delegates needed to secure the nomination before one of the more traditional candidates can concentrate the support of voters turned off by the brash billionaire and fiery Texas senator, who so-called establishment Republicans believe could jeopardize the party's chances of winning in November's general election.

"We do need to get the field down to Trump, Cruz and somebody," said Henry Barbour, a Republican National Committee heavyweight from Mississippi. "New Hampshire tried, but it's clear as mud."

Indeed, the only thing that is clear heading into Saturday's South Carolina primary appears to be Trump's grip on the lead. Cruz, the winner of the Iowa caucuses, is also in the mix for a strong finish.

But the more mainstream lane populated by Bush, Kasich and Rubio is more jumbled. Bush's campaign now sees an opening to capitalize on Rubio's fifth-place finish in New Hampshire, while Kasich's strong second-place showing there has given him reason to keep his campaign going. Rubio's team, meanwhile, is quietly confident that South Carolina will prove to be a comeback story for the Florida senator.

Kasich's finish in New Hampshire has scrambled what might have been a do-or-die contest between Bush and Rubio in South Carolina. After initially viewing the first-in-the-South primary as too much of a long-shot for a moderate Midwesterner, Kasich abruptly changed his schedule this week and announced plans to campaign in South Carolina almost every day until Saturday's primary.

The newly confident Ohio governor also recently put a small batch of ads on television in South Carolina — something he hadn't planned until after his New Hampshire success.

For Kasich, exceeding expectations would be to finish ahead of Bush, the former Florida governor. Bush has deep family ties to South Carolina — his father and brother each won two Republican primaries here — and a poor showing Saturday could leave him without a compelling rationale to keep his campaign going.

Right to Rise USA, the heavily funded super PAC backing Bush, has reduced its radio and television ad spending by nearly $3 million across seven states that vote in the coming weeks, according to Kantar Media's Campaign Media Analysis Group (CMAG) data. The cuts impact some states that vote on Super Tuesday, the delegate-rich March 1 voting bonanza.

The super PAC made the biggest change in Texas, where it cut more than $1 million in ads it had planned through the March 1 primary. The group also cut back in Virginia, Georgia, Tennessee and Oklahoma — all Super Tuesday states — as well as Michigan and Idaho.

Right to Rise spokesman Paul Lindsay cast the moves as a "delay" in spending that "will give us the opportunity to prioritize following South Carolina."

Rubio is also trimming back his ad spending, though his cuts come in South Carolina. According to the CMAG data, Rubio's campaign has scaled back its remaining paid media in the state by more than half. However, his allied super PAC does appear to be picking up the slack by increasing its ad buys ahead of Saturday's voting.

Rubio aides said the moves were aimed at bringing the campaign's ad spending down to the level of its competitors in South Carolina, not a sign of financial troubles or an indication that the Florida senator was lowering expectations in the state.

As the third major contest in the primary campaign, South Carolina is accustomed to settling divergent results in Iowa and New Hampshire, with the winner here emerging as the nominee in each presidential cycle from 1980 to 2008. But those typically were two-man contests as the race headed South: Ronald Reagan dispatched George H.W. Bush in 1980, the elder Bush defeated Bob Dole in 1988 and George W. Bush topped John McCain 12 years later.

This time, the gaggle of candidates means there's no clean divide on ideology, personality or anything else.

Even before South Carolina votes, Republican leaders — and even some voters — are making the case that candidates who aren't competitive need to swallow their pride and let go of their presidential ambitions.

"I'm just hoping through this election — or maybe the next one — we whittle it down a little to two or three really good candidates," said Bill Hann, a 69-year-old Republican from Daniel Island, South Carolina, who is still deciding between Rubio, Kasich and Bush. "Just too many voices right now."

Katon Dawson, a former South Carolina GOP chairman who remains unaligned, put it more bluntly. He said that if a candidate finishes in the single digits Saturday, "you ought to quit."