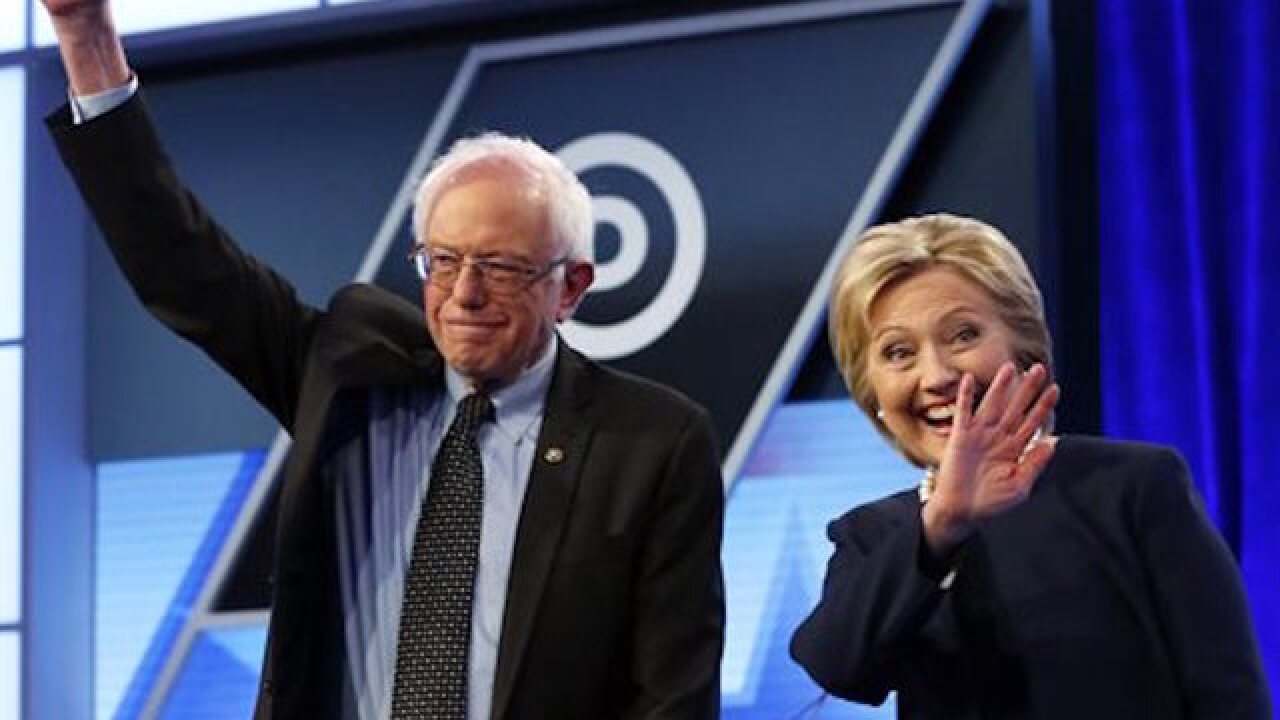 Copyright Associated Press
Wilfredo Lee
<p>In this March 9, 2016, photo, Democratic presidential candidates, Hillary Clinton and Sen. Bernie Sanders, I-Vt., stand together before the start of the Univision, Washington Post Democratic presidential debate at Miami-Dade College in Miami. Clinton and her allies had hoped to switch much of their focus to the general election after Tuesday's primary contests, a plan thrown into doubt after her loss in Michigan last week. (AP Photo/Wilfredo Lee)</p>

DES MOINES, Iowa (AP) — Sen. Bernie Sanders says Hillary Clinton's presidential campaign has decided to "go negative" against him after his recent string of primary season victories, and he's exhorting her to "get back to the issues."

Appearing in a nationally broadcast interview Friday, Sanders defended speaking out harshly against Clinton, saying "we've got to fight back" against statements that she's made.

Sanders was on MSNBC's "Morning Joe" show the day after his wife, Jane, told the cable channel that "Bernie has moved on" from a controversy this week in which he said the Clinton camp suggested he was unqualified to be president.