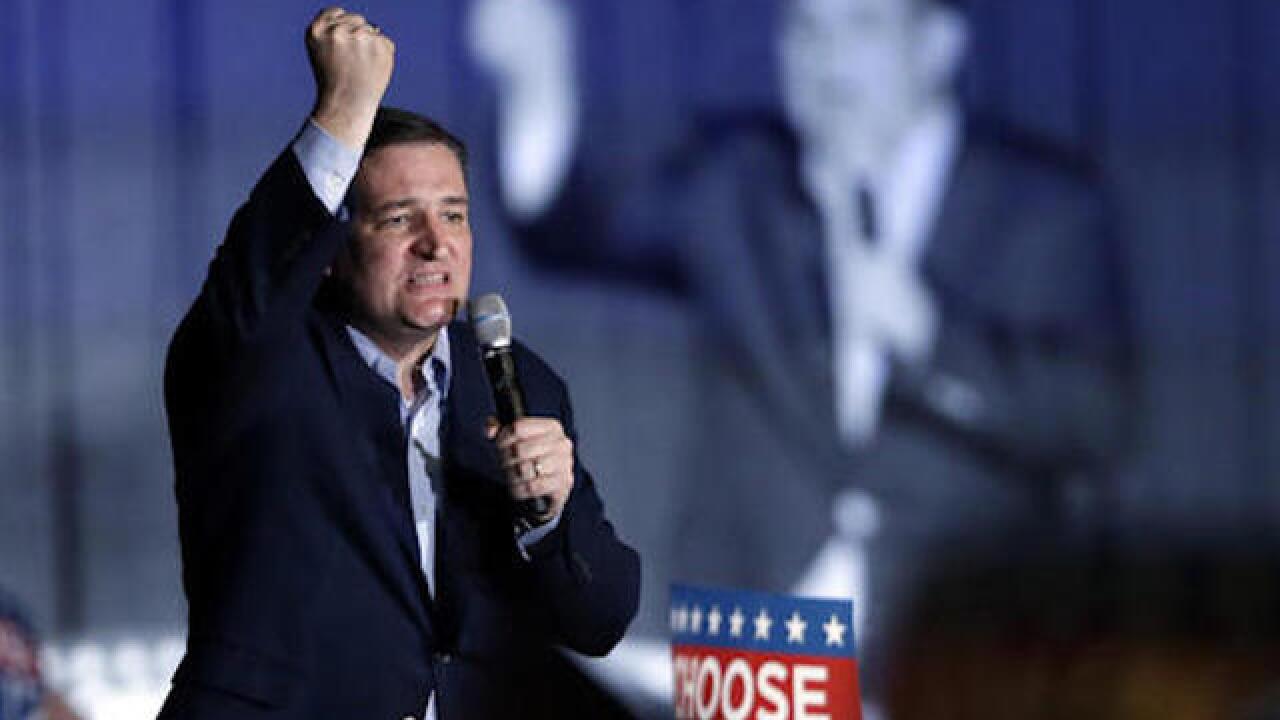 WASHINGTON (AP) — Ted Cruz and Bernie Sanders are all-in for Indiana as they try to stave off the growing aura of inevitability surrounding their opponents. But Donald Trump says his general election race against Hillary Clinton has "sort of already started." Clinton may not say as much, but she largely agrees. On what could be a pivotal night for Cruz, Trump is strongly favored in the state's GOP primary. Sanders and Hillary Clinton are in a tighter race on the Democratic side.

What to watch in Indiana's presidential primary on Tuesday:

The nomination isn't mathematically out of Sanders' reach — yet. But it looks like it's just a matter of time. Including superdelegates, Clinton is just 218 delegates short of the 2,383 delegates she needs to clinch the nomination and it looks like she'll get there in the next few weeks. Indiana, with 83 Democratic delegates at stake, can't put her over the top or rule Sanders out. But it can make the math much more daunting for Sanders.

The candidates can be counted on to overstate their gains and minimize their losses on Tuesday. Remember this: If Trump wins, he is not assured of nailing down the nomination ahead of the convention. But it will be much more doable. Likewise, if Trump loses Indiana, it does not mean he has been blocked from clinching the nomination prior to the convention; it will just be harder.

Trump already considers himself the presumptive nominee and he's itching be more aggressive in going after Clinton — to "get on to Hillary," as he put it on Monday. Watch his Tuesday night appearance at Trump Tower to see what he has to say about Clinton. Does he reprise his recent claims that she's playing up the "woman's card," or try out new lines of attack? As for his GOP rivals, Cruz and John Kasich, Trump said flatly in advance: "If we win Indiana, it's over."

Clinton, who put less effort into Indiana than did Sanders, had no public appearances planned Tuesday night. She's increasingly focused on the expected fall matchup with Trump.

The Texas senator unleashed over-the-top rhetoric to play up the importance of a win in Indiana, saying the nation was counting on Indiana to "save us from going over this cliff" with Trump. If Cruz loses Indiana, he'll be hard-pressed to sketch out a viable path going forward.

Watch for Sanders, campaigning in Louisville on Tuesday night, to continue his outreach to superdelegates who have endorsed Clinton. With the delegate math overwhelmingly favoring Clinton, Sanders has the difficult challenge of persuading the superdelegates, who are free to back any candidate, to "go into their hearts" and switch sides.

Amid plenty of grumbling from Trump about a rigged political system, exit polls will explore how Republicans feel about the process for selecting their nominee.