Delta flight from Michigan to Florida lands with blown tire 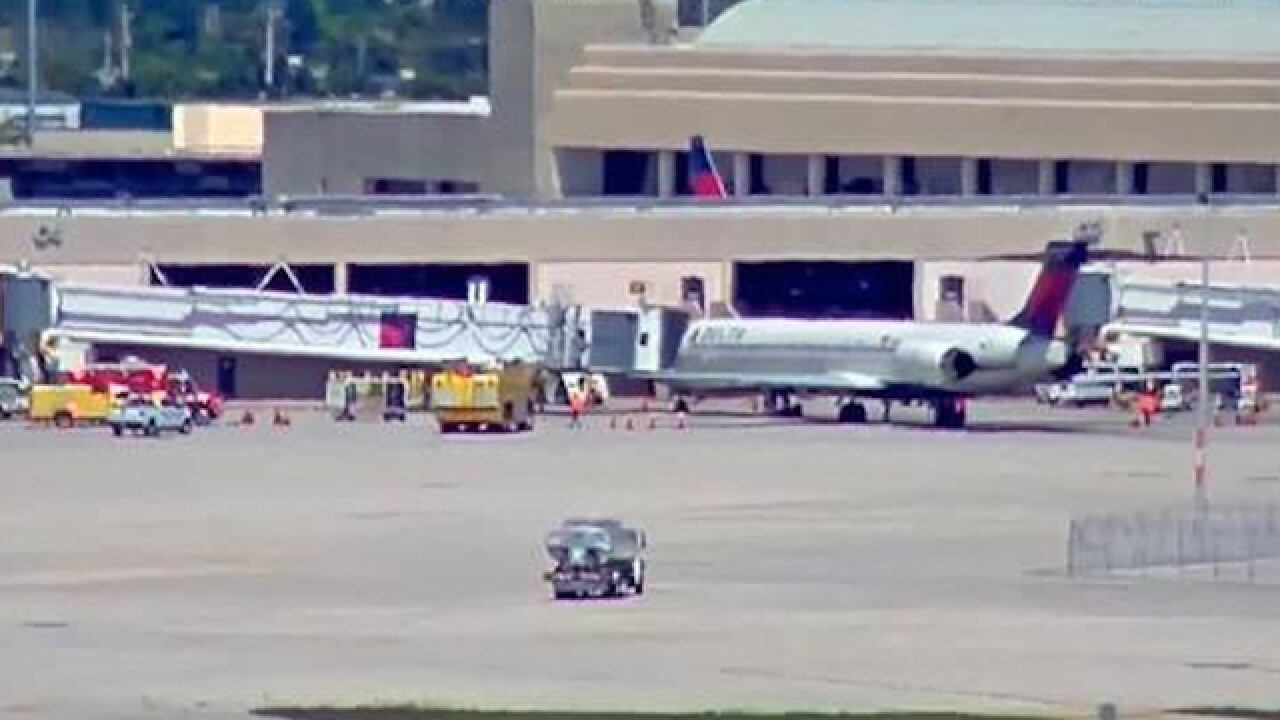 An airport spokesperson told WXYZ in Detroit that crews responded to a level two alert, which indicated a mechanical malfunction of some kind.

Video shows the plane taxied safely to the gate where it was surrounded by emergency vehicles.

No one was injured. It's not clear how many people were on the plane.

The incident follows one earlier Wednesday morning in which a Southwest Airlines flight departing from Nashville, Tennessee was forced to turn around after hitting a bird.

On Tuesday, a Southwest flight had to make an emergency landing in Philadelphia when an explosion damaged an engine and broke a window.

One passenger died in the incident.