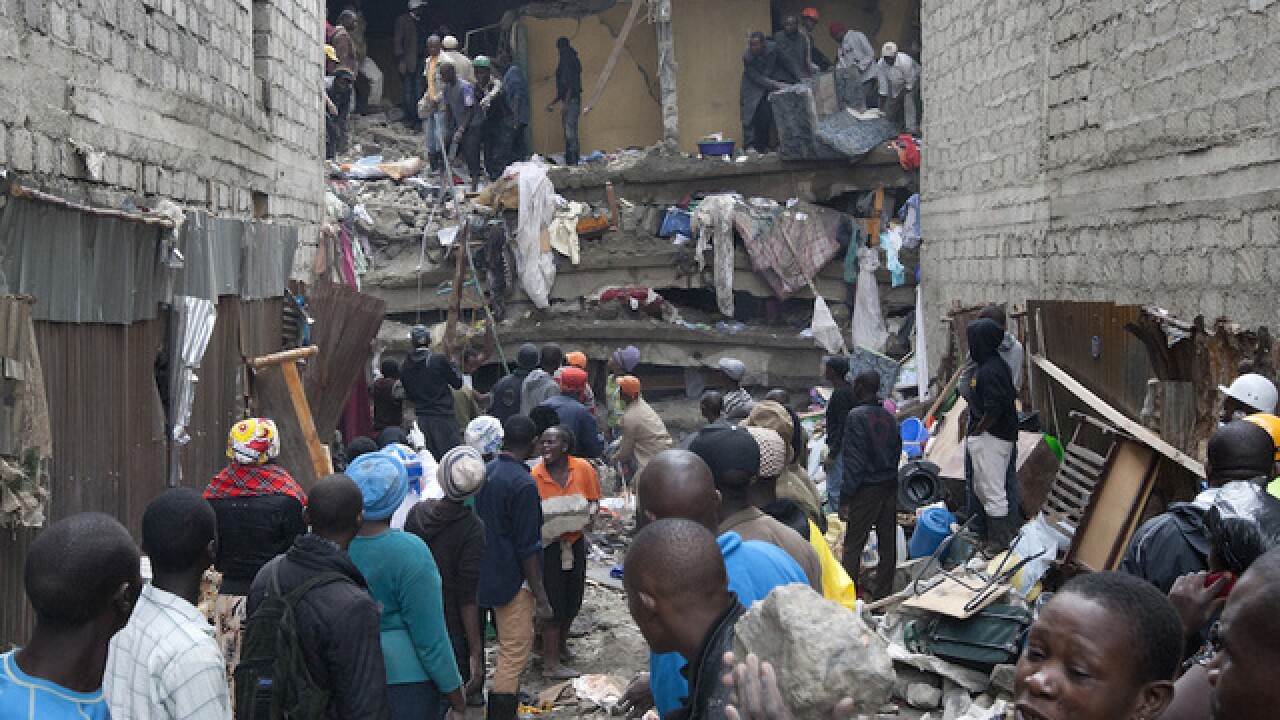 Sayyid Abdul Azim
<p>People help survivors retrieve their household items at the site of a building collapse in Nairobi, Kenya, Saturday, April 30, 2016. A six-storey residential building in a low income area of the Kenyan capital collapsed Friday night under heavy rain and flooding, killing at least seven people and injuring over 100 others, Kenyan officials said.</p>

NAIROBI, Kenya (AP) — Kenyan rescuers continued searching for survivors Sunday of a residential building in a low income area that collapsed Friday, as officials said the death toll has risen to 20 and 73 people remain missing.

Japheth Koome, the police chief for Nairobi, the capital, confirmed the death toll.

Authorities had initially said the building had six stories but it emerged that the ground and first floor had sunk following heavy rains.

The building, next to a river, had been declared unfit for human habitation by Kenya's National Construction Authority but was not torn down.

"People who've died in Huruma have died an unnecessary death. That death is a product of corruption ... someone is paid $10,000 or$20,000 to approve the building that cost the lives of Kenyans," nominated legislator Johnson Sakaja said.

Taking advantage of a high demand for housing in Nairobi, some property developers bypass building regulations to cut costs and maximize profits.

President Uhuru Kenyatta last year ordered an audit of all the country's buildings to see if they are up to code after eight buildings collapsed, killing at least 15 people.

The report from the audit by the National Construction Authority found that 58 percent of buildings in the capital are unfit for habitation. The majority of Nairobi's estimated 4 million people live in low income areas or slums.