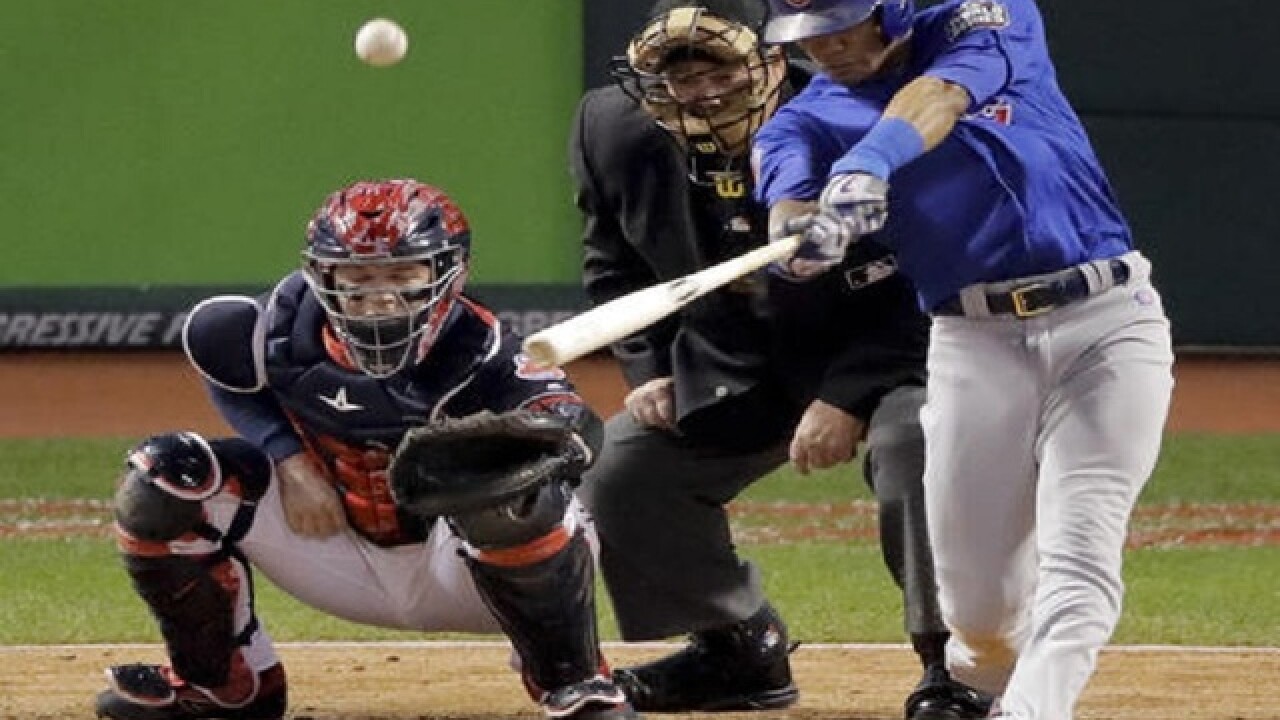 The Royals posted a picture on Twitter on Thursday of Cubs staffers enjoying pies from Chicago deep dish pizza chain, Giordano's. The tweet included the message, "Congrats @Cubs! Enjoy some pizza on us today as you plan your #WorldSeries celebrations!"

A new baseball tradition has been established of the previous year's champ congratulating the new one with pizza. It began with the Red Sox in 2014, who bought the San Francisco Giants pizza after their World Series victory. The Giants did the same for Kansas City last year.

Congrats @Cubs! Enjoy some pizza on us today as you plan your #WorldSeries celebrations! pic.twitter.com/jSSZaD5z0x