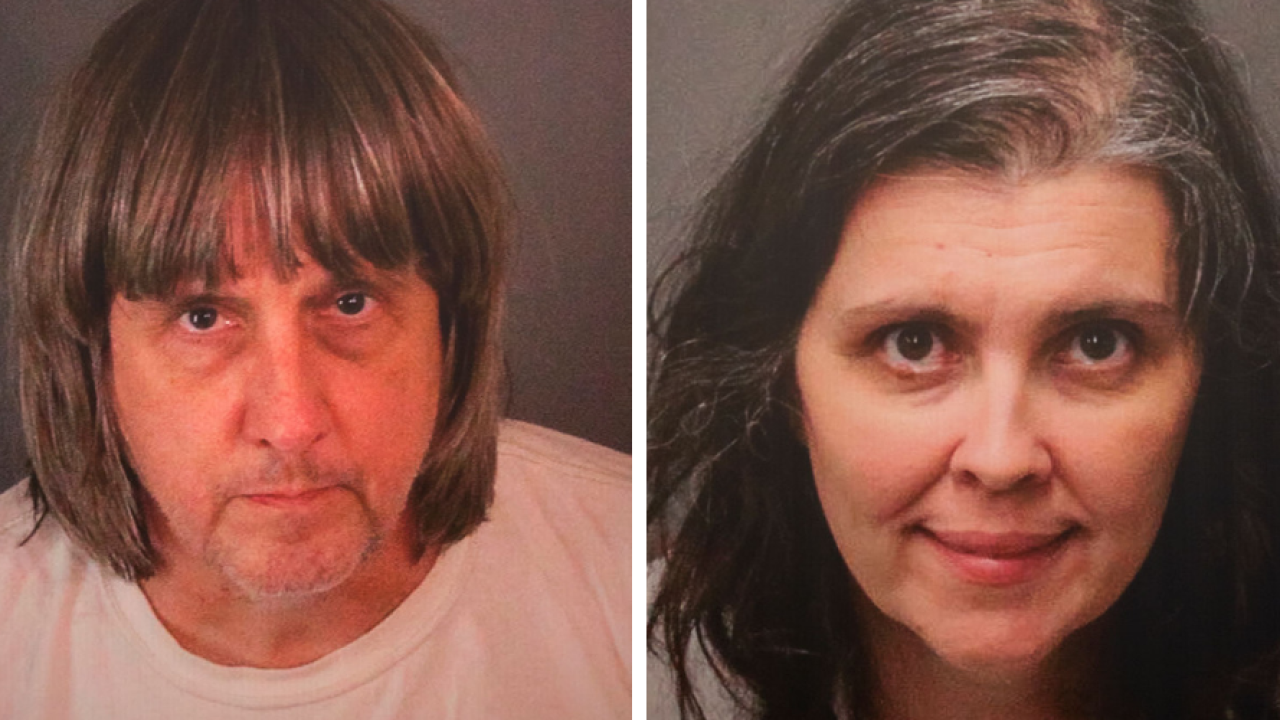 David and Louise Turpin, a California couple accused of torturing 12 of their 13 children, pleaded guilty Friday in an agreement with the district attorney.

According to the Press Enterprise, the Turpins pleaded guilty to 14 counts including adult abuse, child endangerment, torture and false imprisonment.

The Turpins were arrested in January of 2018 after the couple's 17-year-old daughter escaped from their Perris, California. The 12 children were found to be severely malnourished and dirty.

David and Louise Turpin could face life in prison.