Cosby demands money back from accuser 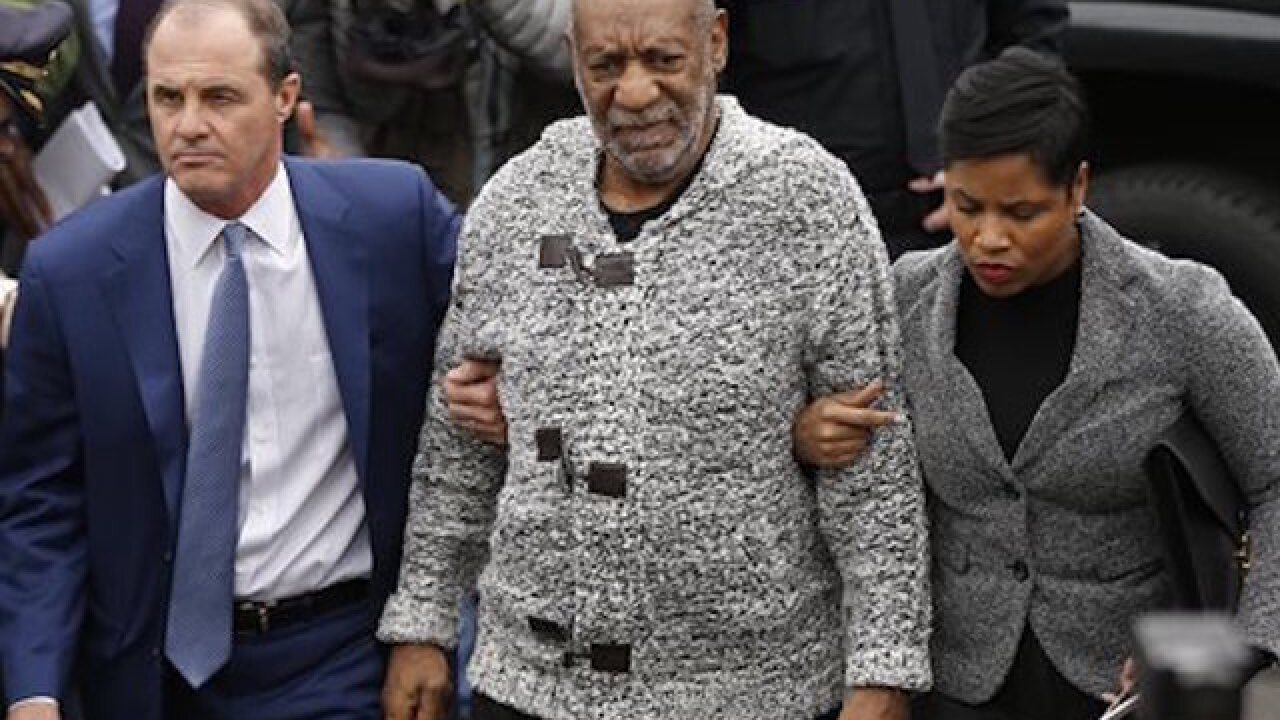 PHILADELPHIA (AP) — Bill Cosby is demanding that the accuser in his criminal case repay a confidential sex-abuse settlement because she cooperated with police who reopened the case and arrested him last year.

Cosby filed a sealed breach-of-contract lawsuit this month that said the settlement barred Andrea Constand from "voluntarily" discussing the case with law enforcement.

The suit said Constand had no legal duty to cooperate with Pennsylvania authorities because she lives in Canada. The interviews she and her mother gave to investigators last year were therefore "voluntary" and violated the settlement terms, the suit said.

"Despite being under no legal obligation to discuss any aspects of the events and allegations, ... and despite being expressly prohibited from disclosing such information to anyone, Andrea Constand volunteered to participate and disclosed such information to the district attorney and others," Cosby's lawyers wrote in a redacted suit filed Thursday.

Cosby faces up to 10 years in prison if convicted of sexually assaulting Constand at his suburban Philadelphia home in 2004. He has not yet entered a plea, but his lawyers have vowed to clear his name. Constand, 43, is now a massage therapist in Toronto.

His lawsuit against her also names her mother and lawyers as defendants because they also cooperated with Montgomery County authorities last year. The suit accuses them of inviting media coverage or making public statements about the case.

Constand's lawyers have said the agreement has a provision that allows them to speak to law enforcement about the case. Any such prohibition would amount to obstruction on the part of the lawyers who drafted the document, lawyer Dolores Troiani testified this month, when Cosby first appeared in court for a pretrial hearing in the criminal case.

Cosby, 78, filed the sealed breach-of-contract suit Feb. 1, a day before that hearing. His lawyers were then ordered to file the redacted version of the suit.

The lawsuit is the actor's latest counterattack against complaints from dozens of women that he drugged and molested them. He has filed defamation suits against accusers in Springfield, Massachusetts, and Los Angeles and through lawyers has called at least some of the accusations "discredited."

The lawsuit filed against Constand seeks the repayment of the still-secret settlement he paid her in 2006, plus interest. He also seeks damages from Constand, her mother, her two lawyers and the parent company of the National Enquirer, which has published numerous stories on the case.

Cosby, the lawsuit said, has suffered "serious and irreparable harm" and should be compensated by damages "to be proven at trial."

Troiani declined to comment Thursday on behalf of herself or Constand.

However, in filing a response to Cosby's bid to keep the case sealed, she and partner Bebe Kivitz said they want to defend the lawsuit in public to respond to charges that they engaged in unethical or potentially criminal acts.

"Cosby is requesting the court permit him to make accusations and statements regarding the underlying settlement while restricting the ability of the public to scrutinize those accusations," their response said.