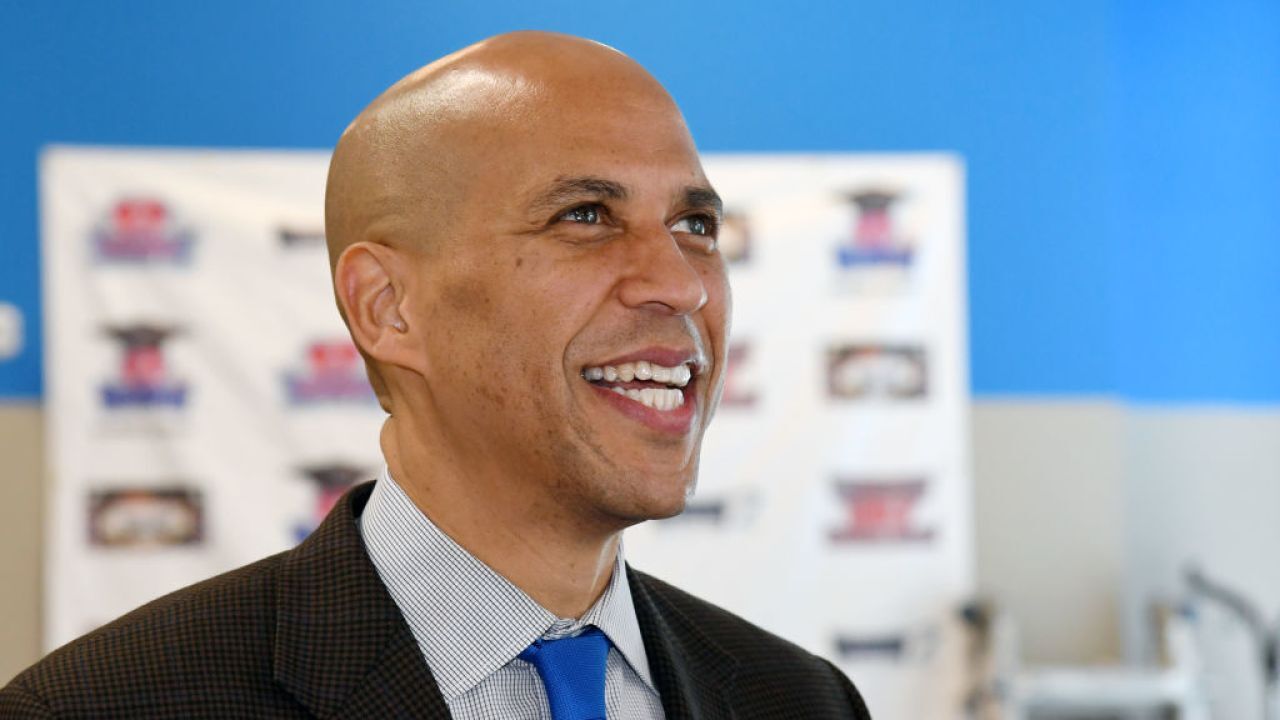 (CNN) -- Sen. Cory Booker of New Jersey will re-introduce legislation Thursday to legalize marijuana at the federal level, continuing to highlight an issue that has already garnered unprecedented attention in the early stages of the 2020 Democratic presidential primary.

The bill's Senate co-sponsors include a number of other 2020 hopefuls, reflecting the prominence of the issue and broad consensus on it in the Democratic primary. Sens. Kamala Harris, Elizabeth Warren, Kirsten Gillibrand, Michael Bennet and Bernie Sanders have all signed on.

The Marijuana Justice Act would also expunge the records of those who have been charged with a crime for using or possessing it, and direct resources toward re-entry and job training programs.

"The War on Drugs has not been a war on drugs, it's been a war on people, and disproportionately people of color and low-income individuals," Booker said in a statement announcing the bill. "The Marijuana Justice Act seeks to reverse decades of this unfair, unjust, and failed policy by removing marijuana from the list of controlled substances and making it legal at the federal level."

It will be introduced in the House by Reps. Barbara Lee and Ro Khanna, who will join Booker on Thursday for a Facebook Live video announcing the legislation.

Changing drug laws to be more equitable has been a central tenet of Booker's broader justice reform goals as he runs for president. He raised the issue on his first day as a candidate, telling the Tom Joyner Morning Show that he would look at "ending prohibition against marijuana" among other reforms.

"Black folks, who are no different in their usage rates, or even the dealing rate, ... are almost four times more likely to be incarcerated for marijuana," Booker said in the interview. "We do not have equal justice under the law."

There has been consensus among Democratic presidential hopefuls on this question, even those who previously opposed legalization — like Harris. As California Attorney General in 2010, she opposed a ballot initiative that would have legalized recreational marijuana in her home state.

But, in a recent interview on "The Breakfast Club" radio show, Harris expressed her support for federal marijuana legalization and noted that she has smoked — saying, "I did inhale."

In 2012, Warren, too, said she opposed full-scale legalization. Now, in a demonstration of how quickly the issue has evolved politically, she is backing Booker's legislation.