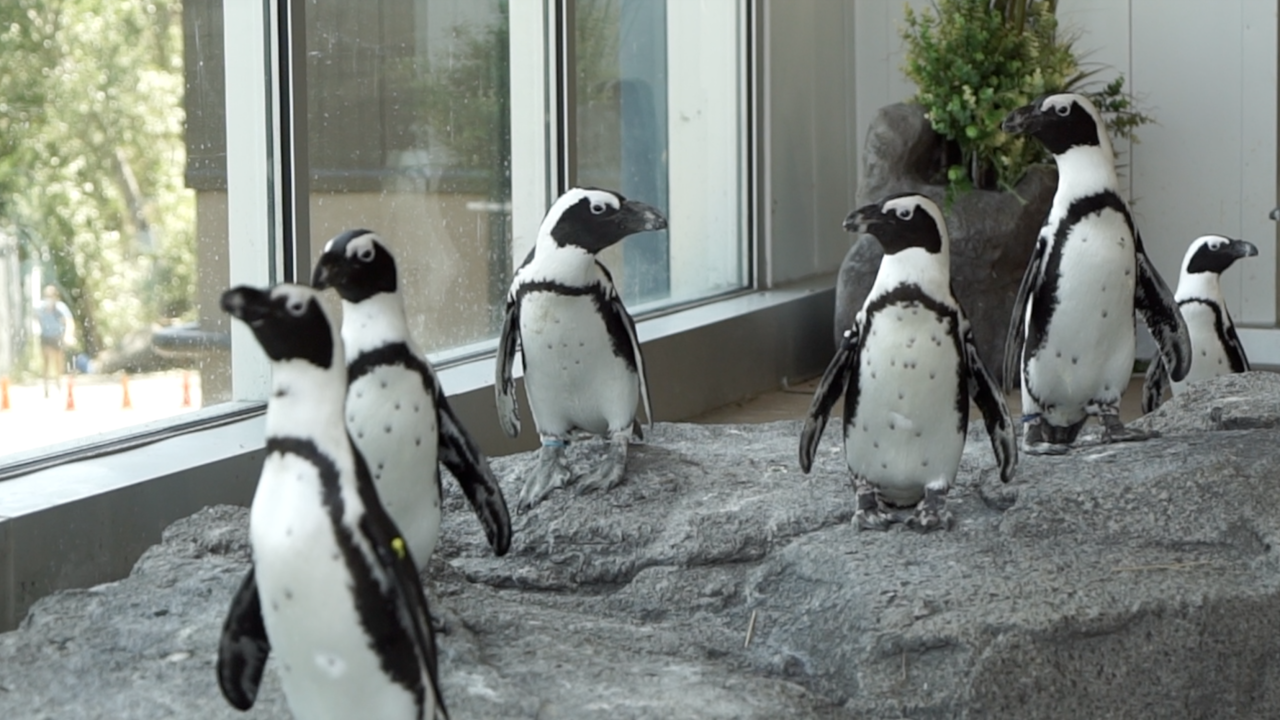 While many businesses shut down temporarily due to COVID-19, zoos and aquariums couldn’t fully close because animals still need to be taken care of.

However, with little to no visitors during what’s normally the busiest time of the year, some are facing tough times and getting creative.

“It’s a lot of work,” said Patty Wallace, an Animal Keeper at the Cheyenne Mountain Zoo.

“We feed all of them about three times a day, about 40 pounds each of grass hay, about six pounds of grain per hippo, and also some fruits and vegetables for training and nourishment. So they get lots of variety,” Wallace explained.

That’s just the hippos, which are part of a new exhibit the zoo opened during the shutdown.

“Opening a brand new exhibit is normally hard enough,” said Bob Chastain, the President and CEO of the zoo.

“Now, what we do instead is we’re grabbing random people and taking them back behind the scenes, letting them help us with the everyday things we’re doing,” Chastain said.

Letting kids help feed the hippos and other animals, up close and personal.

“We are trying to adjust and we would like to share our hippos,” Wallace said. “But because we don’t want crowds, we do it in small bursts.”

Back in spring, zoos and aquariums were told to close.

“All of them have had a period of two to four months of closure. Some are still closed,” said Dan Ashe, President and CEO of the Association of Zoos and Aquariums.

AZA is a nonprofit that represents over 240 of these businesses.

“When they’re closed they’re not really closed, because they have to continue caring for the animals,” Ashe said.

“The essential ingredient in success is a guest,” he said.

Even with no guests, the work doesn’t stop, which has put some in financial distress.

“We have had some that have been on the verge of closure.”

Ashe said about 20% of its members are in a weak financial position, so zoos got creative to keep guests interested.

“The San Antonio Zoo started with the idea of a drive-thru zoo,” Ashe said.

At Cheyenne Mountain Zoo, they made use of social media.

“Our social media team, like many around the country, really ramped up,” Chastain said.

Now as they begin to reopen their gates, they face a whole new set of challenges.

“Almost every zoo in the country had to revamp and figure out how to do timed tickets, because it was one of the major requirements,” Chastain said.

Timed ticketing, one way traffic, cashless exchange -- these were all concepts zoos and aquariums had to adapt to.

“All over the zoo there are marks that help people stay away from each other,” Chastain said.

Even with sold out tickets, the crowds are nothing like they used to be. And many fundraising events had to be canceled or postponed with new capacity limits.

“Our guess is for the next 12 months, we won’t have those large crowds,” he said.

But families continue to come to see the giraffes, look at the penguins, or feed Zambezi and Kasai, the hippos.

“It’s been a challenge, but a lot of fun,” Wallace said.