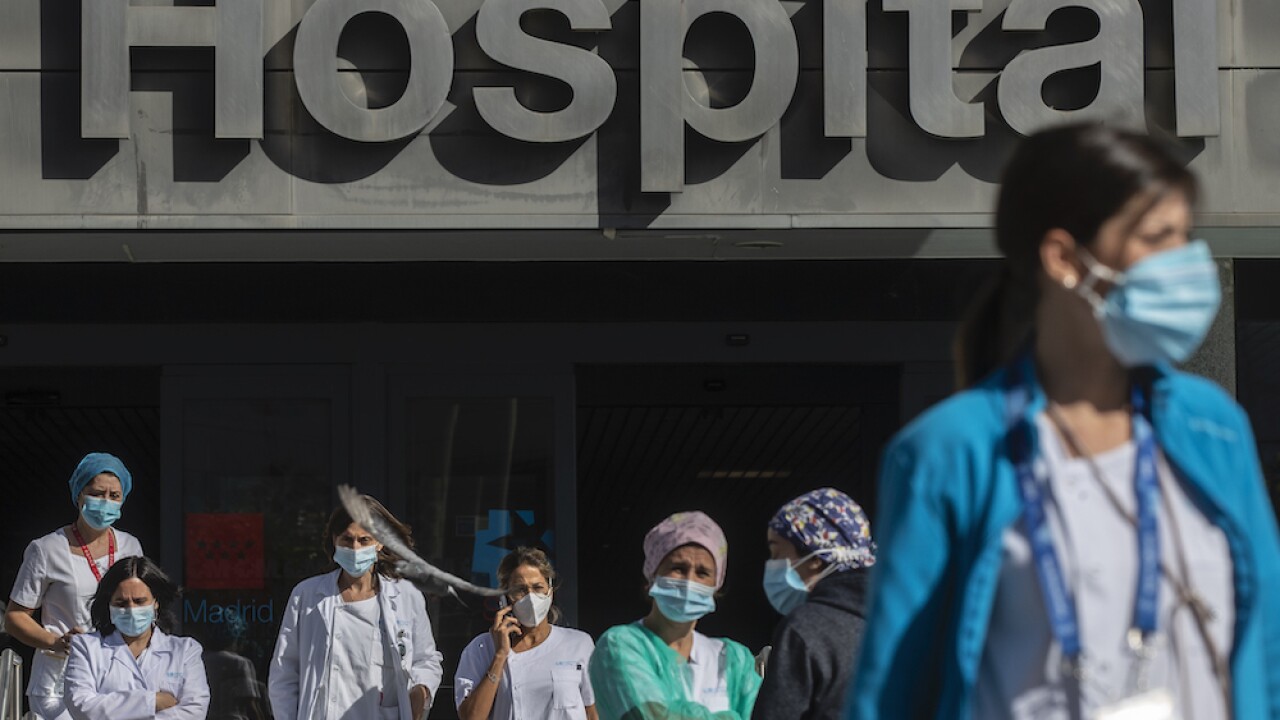 Copyright 2020 The Associated Press. All rights reserved.
Manu Fernandez/AP
Medical staff and nurses wearing face masks to prevent the spread of coronavirus gather during a protest demanding an improvement in wages and labor conditions at La Paz hospital in Madrid, Spain, Monday, Oct. 5, 2020. Madrid has been the source of Europe's most worrying surge of infections in the ongoing second wave of the pandemic. (AP Photo/Manu Fernandez)

In a weekly briefing published Tuesday, WHO said weekly virus cases and deaths across Europe jumped by 34% and 16% respectively. Britain, France, Russia and Spain accounted for more than half of the new cases seen in the region.

The organization noted that the number of new cases reported in Spain showed a “noticeable decline” in comparison to recent weeks. But in Poland, WHO said virus cases and deaths spiked by 93% and 104% respectively, and the government has tightened restrictions to try avoiding another lockdown.

WHO Director-General Tedros Adhanom Ghebreyesus said this week that the agency understood the frustration people were feeling as the pandemic drags on but warned “there are no shortcuts and no silver bullets.”

WHO described lockdowns a “last resort” when countries have no other options and urged officials to use more targeted methods to stop the virus.