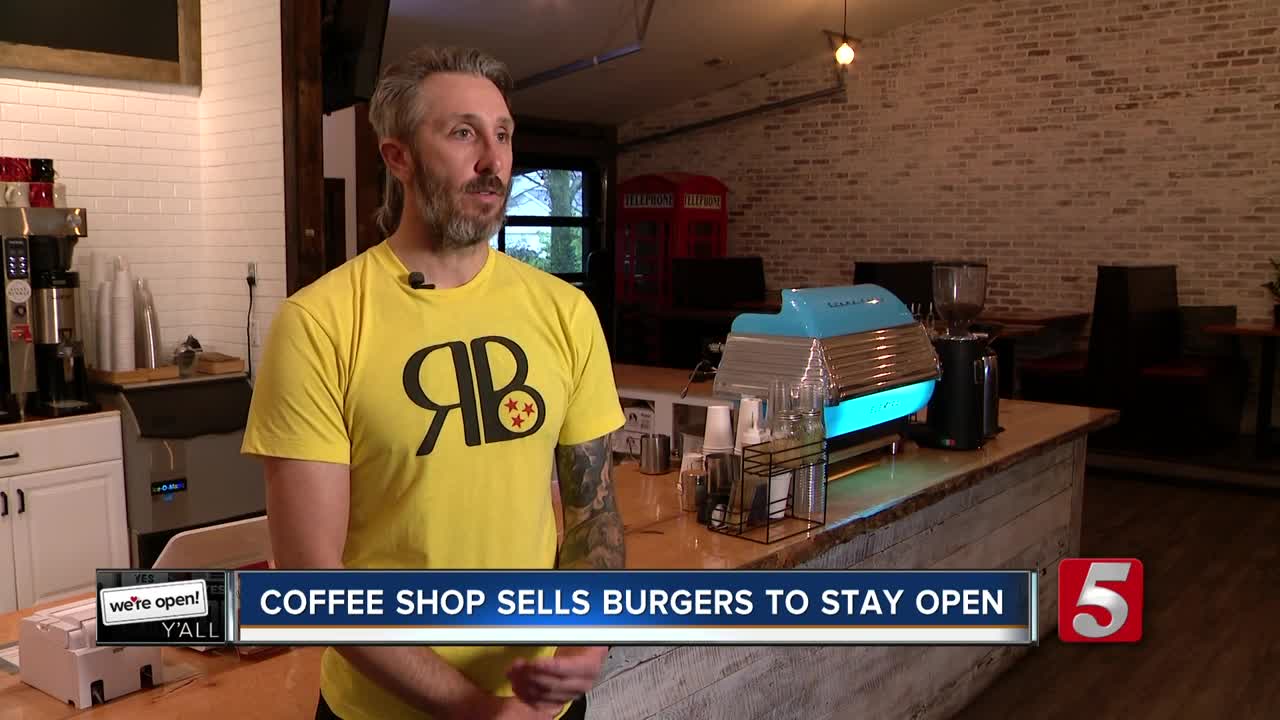 One Nashville coffee shop is getting creative in its methods of earning money during the COVID-19 shutdown. NASHVILLE, Tenn. -- One Nashville coffee shop is getting creative in its methods of earning money during the COVID-19 shutdown.

Red Bicycle Coffee announced on Instagram they would begin selling burgers and hot chicken in the evenings. Owner Dave Trett said the company is trying to adapt in the face of the pandemic.

"We kind of realized more people are ordering things at night. More people are willing to spend a little more money," said Trett. "Their days are really altered and they don't really have a routine anymore. Always, part of their routine is eating dinner. That's the one staple that doesn't go away."

Red Bicycle has seen its fair share of hardship recently. Their Germantown location was heavily damaged by the March 3 Tornado. It will take eight months to fix Trett said.

Between the shop's three locations, Trett said they employed about 50 people. However, that number was reduced to just six or seven since there has been less business coming in.

Trett said they've made a fraction of the money they usually do because of the shutdown. No one is buying coffee or their most popular breakfast items, crepes. Still, Trett is staying positive.

"I feel like there's a light at the end of the tunnel. I feel like it's not all doom and gloom," he said.

He said when business returns to normal there's a job at Red Bicycle for everyone he had to lay off.

The shop in the nations is still open, manned by Trett and a manager.

Anyone who wants to order can call ahead and pick up their order once they arrive. Trett said he or the manager will bring the food to your car.

Also, some delivery services will pick up food from the location.

This story was originally published by Kyle Horan at WTVF.