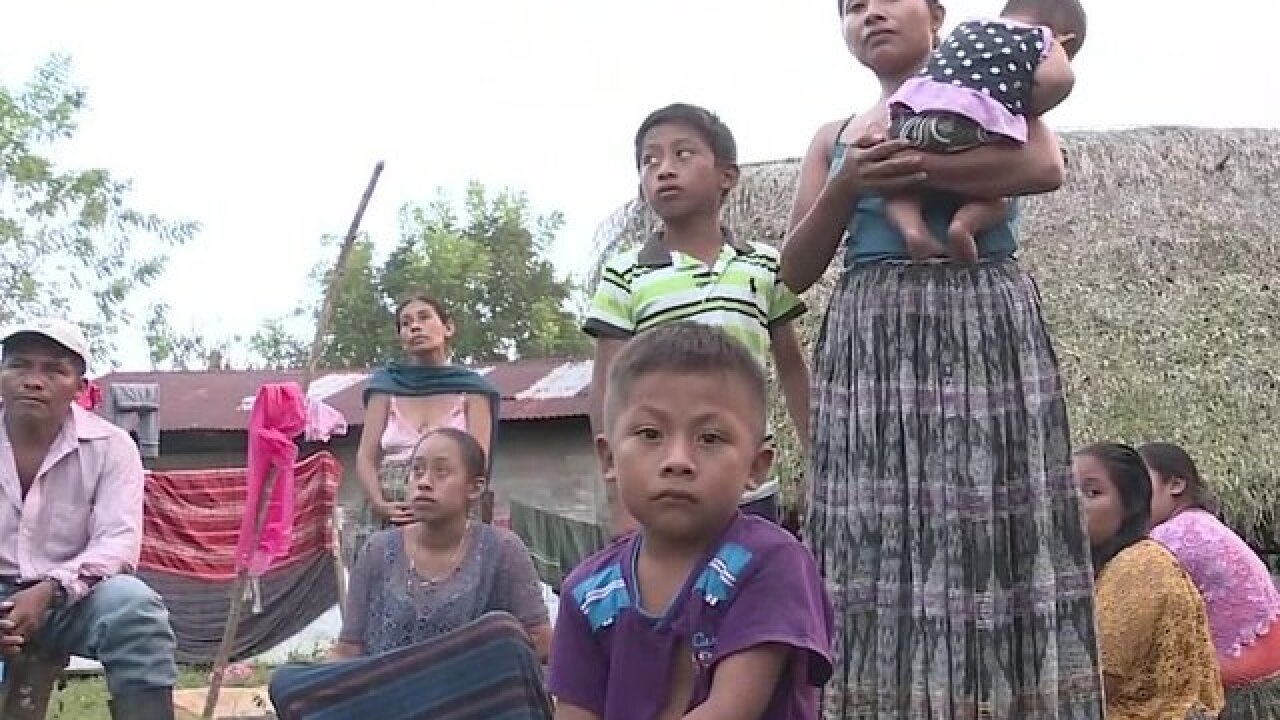 A congressional delegation will visit the Customs and Border Protection (CPB) station in New Mexico on Tuesday where a 7-year-old Guatemalan girl was taken before she died in a hospital, a congressional aide says.

Jakelin Caal Maquin and her father were among a group of 163 migrants detained by Border Patrol agents the night of December 6 in a remote area of the New Mexico desert, according to CPB. She became sick as they were being taken from the Antelope Wells port of entry in New Mexico to the station in Lordsburg, about 90 minutes away.

Two days later, Jakelin was dead, officials said. She had vomited and stopped breathing while in Border Patrol custody and later went into cardiac arrest and suffered brain swelling at a Texas hospital.

CBP Commissioner Kevin McAleenan also is expected to take part in the tour, the official said.

On Thursday, Castro issued a statement saying that he would be asking for a "full investigation by the Inspector General and Congress into the conditions and circumstances that led to (Jakelin's) death."

"We can do better as a nation," he said. "This is a humanitarian crisis and we have a moral obligation to ensure these vulnerable families can safely seek asylum, which is legal under immigration and international law at our borders."

The father and daughter lived with Jakelin's mother, Claudia Maquin, and three other children in the remote Mayan Q'eqchi' community of Raxruhá in the Alta Verapaz region of Guatemala.

Because of extreme poverty, Caal, 29, headed to the United States, taking Jakelin with him and leaving the rest of the family behind, Garcia said. The father and daughter traveled about a week before reaching the New Mexico border with a group of migrants the night of December 6 -- three days after her 7th birthday.

Nearly eight hours after they were detained, Jakelin and her father were loaded onto a bus bound for the Border Patrol station in Lordsburg, the CBP said.

Before leaving, her father told agents his daughter was sick and vomiting, the CBP said. An agent notified the station that the child would need emergency medical care.

When the bus arrived at the Lordsburg station at about 6:30 a.m., the father told agents the child was not breathing, according to CBP.

A Border Patrol EMT "revived the child twice," the agency said. She had a temperature of 105.7 degrees. Local EMTs also provided care before she was transported at 7:45 a.m. by air ambulance to Providence Children's Hospital in El Paso.

At 11 a.m. on December 7, officials at the Lordsburg station were notified the girl had again been revived after going into cardiac arrest, the CBP said. A CT scan revealed brain swelling. She was breathing by machine and diagnosed with liver failure.

The medical examiner has not given a specific cause of death.

Jakelin's father: agents did everything they could

Guatemalan Consul Tekandi Paniagua told CNN on Saturday the child's father has "no complaints about how Border Patrol agents treated him and his daughter."

The consul said Caal told him agents did everything they possibly could to help his daughter after she became sick.

Caal did not speak to the media Saturday, but in a statement issued by his lawyers, he said he was "grateful for the many first responders that tried to save young Jakelin's life in New Mexico and Texas."

Still, his lawyers called for an investigation that "will assess this incident within nationally recognized standards for the arrest and custody of children. The family intends to assist in such an investigation into the cause and circumstances of Jakelin's death."