Concern over chemical plant as wildfires rage in Oklahoma 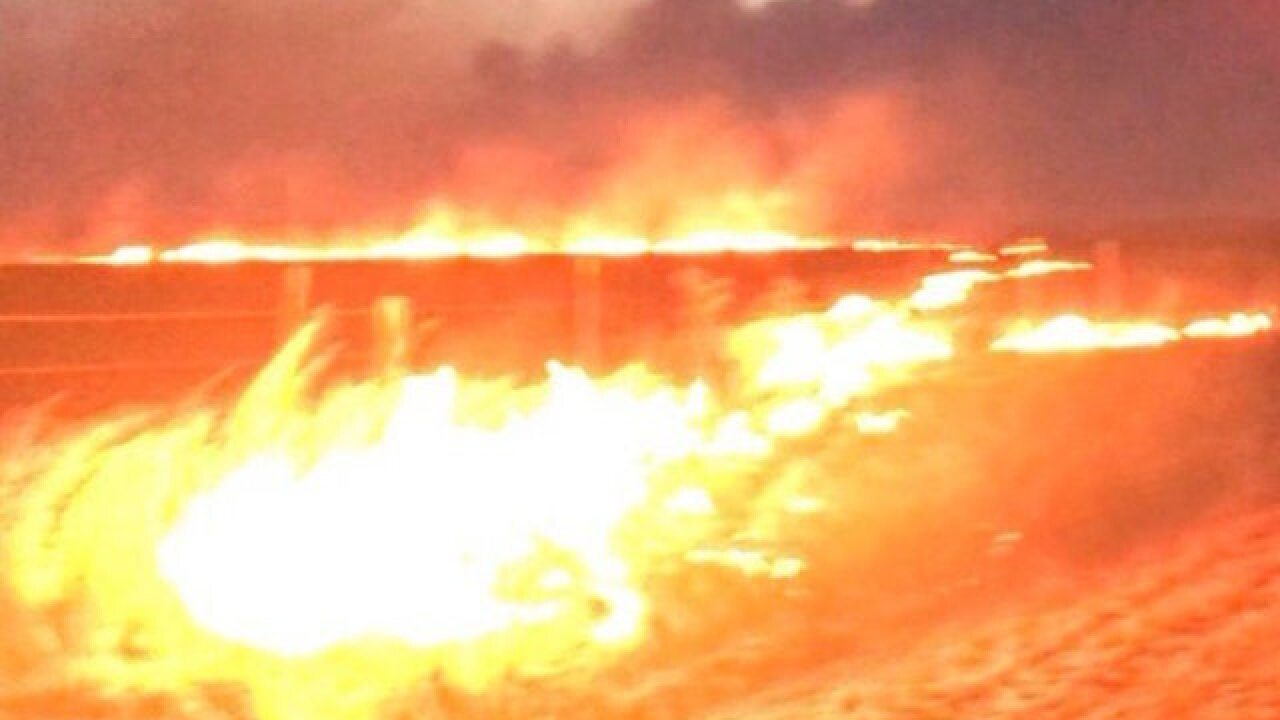 Image copyright 2018 Getty Images. All rights reserved. This material may not be published, broadcast, rewritten, or redistributed.
Quincy Vagell
<p>A northwestern Oklahoma town has been evacuated Friday as wildfires rage in the state. About 1,000 people have been evacuated from Vici, more than 100 miles northwest of Oklahoma City, Dewey County Sheriff Clay Sander said.</p> 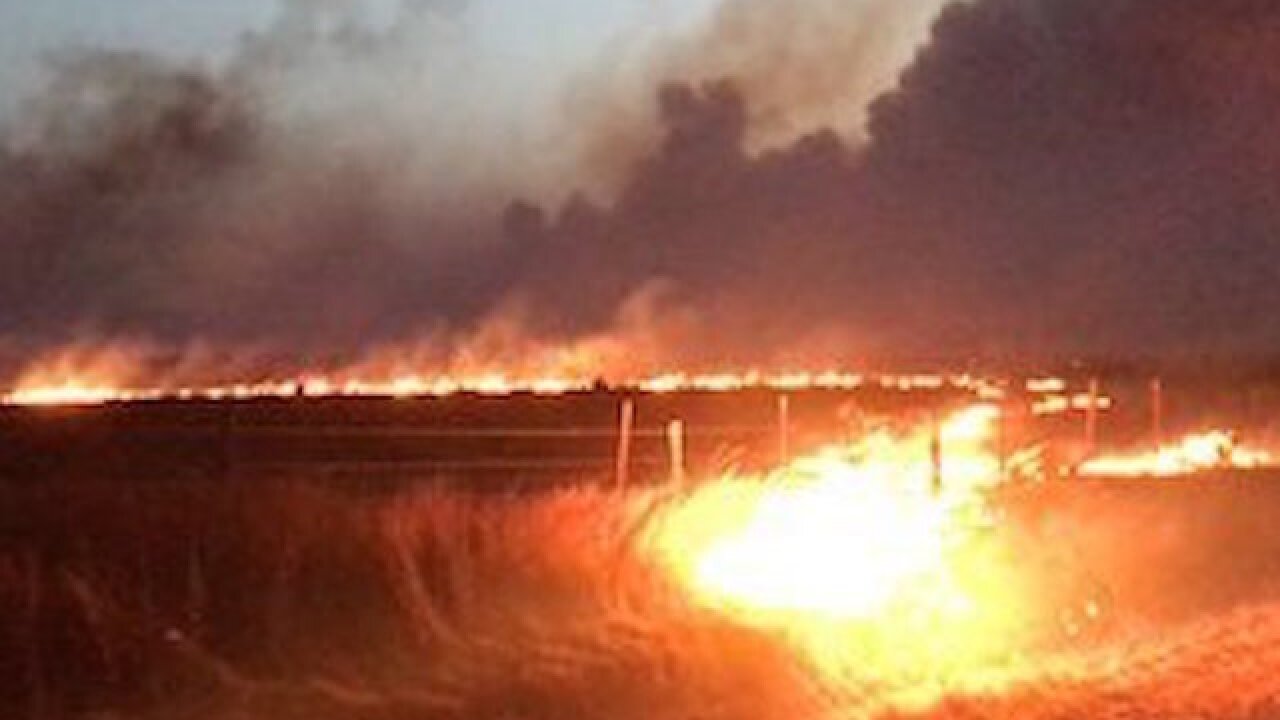 Wildfires have killed one person and forced the evacuation of four towns in Oklahoma, authorities said.

The state chief medical examiner's office reported a 61-year-old man died Thursday in Roger MIlls County as a result of injuries sustained in a fire that began southeast of Leedey, the Oklahoma Department of Emergency Management said.

A 54-year-old hunter reported missing in the large Dewey County fire was found alive, Oklahoma Forestry Services Fire Chief Scott Huff said. The man was flown to an area hospital Friday, but his condition was unknown.

Officials said the man was one of three hunters who got caught in the wildfire. The two others were found Thursday.

The Rhea Fire in Dewey County has burned an estimated 138,000 acres and is 0% contained, she said.

Around midday Friday, the National Weather Service issued an advisory saying that fire was approaching the Iochem iodine plant east of Vici. Sander told CNN about 30 residents were asked to evacuate immediately as the wildfire closed in on the chemical plant.

Some 450 people were evacuated in adjacent Woodward County. The estimated size of that fire was changed from 115,000 to 59,000 acres because of more accurate mapping, Finch-Walker said. There are two other major fires in the state.

The blazes have consumed 200,000 acres, Gov. Mary Fallin said in announcing a state of emergency for 52 counties because of wildfire and drought conditions.

"I'm asking all Oklahomans to be vigilant and careful, and to do their part to prevent fires," Fallin said in a statement. "Anything that can be done to minimize fires will help to keep both our firefighters and the public safe."

'The fire is rapidly spreading'

"These fires are going to continue to be quite explosive under these conditions, with that kind of wind pushing it, and all the dry fuels that are available," Finch-Walker told CNN. "The fire is rapidly spreading and growing and we will continue to see extreme fire behavior until we can get through this event."

"We've got historic conditions as far as fire. We haven't seen these kinds of conditions in a decade," said Matt Lehenbauer, emergency management director for Woodward County.

"We've had half an inch of rain in six months," Lehenbauer said.

Gusts were expected to pick up Friday, which could lead to additional evacuations as winds could "push the fire into more populated area," Lehenbauer said.

State Highway 34 was closed at the US-60 junction at Vici south to Camargo because of fire conditions. Both lanes of westbound I-40 were closed at Erick because of fires in Texas. Motorists traveling to Texas were advised to not travel any farther than Elk City.

The fires' spread comes as the United States faces a trio of dangerous weather possibilities this weekend : Besides the critical fire danger in Oklahoma and the Southern Plains, severe storms and tornadoes are forecast in the Mississippi River Valley, and heavy snow is expected for the Northern Plains and Upper Midwest.

Clarification: There is one fire in Dewey County, Oklahoma, where the town of Vici is located.