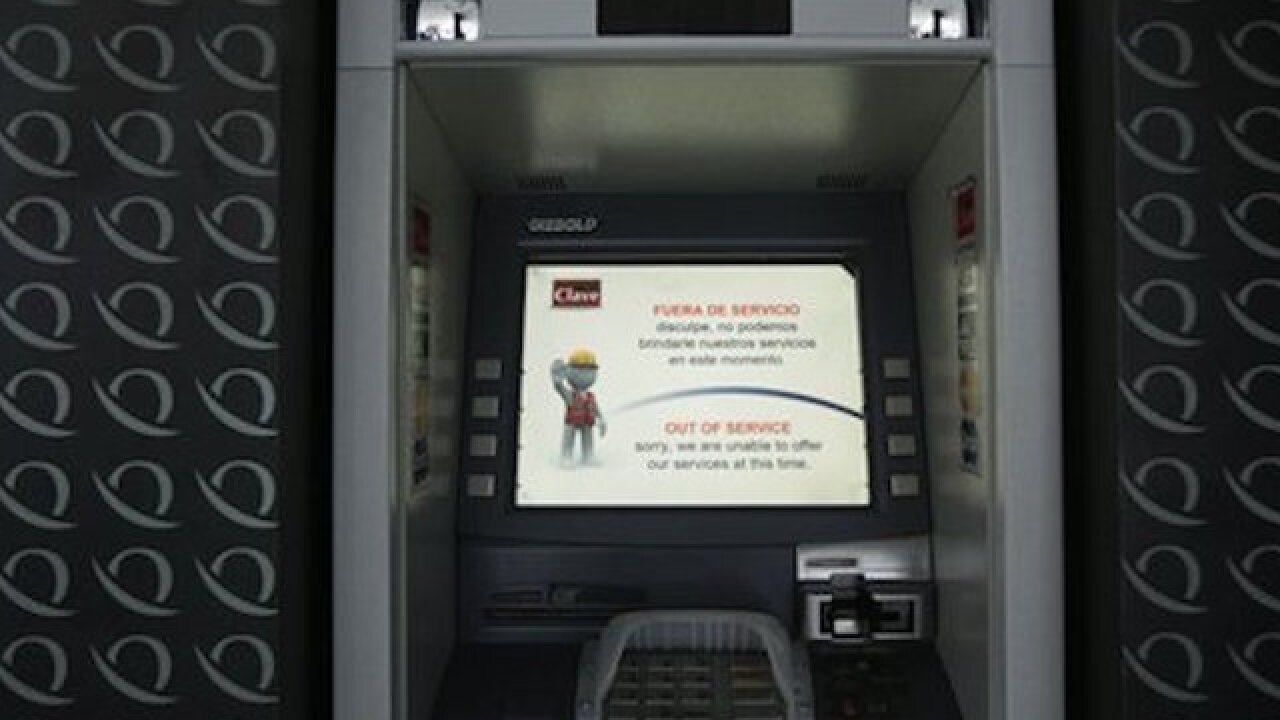 PANAMA CITY (AP) — Colombian authorities have arrested a prominent Panama businessman sought by the United States and dismantled an empire of businesses that the U.S. says were part of a top worldwide money-laundering organization for drug traffickers.

The coordinated operation was announced Thursday as the U.S. Treasury Department froze U.S. assets owned by 68 companies in this Central American nation and in Colombia under a drug kingpin designation.

As part of the effort, Colombian police arrested Nidal Waked the previous day at an airport in Colombia's capital, Bogota.

The Colombian police on Friday showed reporters several videos of Waked taken after his arrest. In one, he is reading the charges against him and a list of rights for prisoners held in Colombia.

The U.S. Attorney's Office in Miami said the 46-year-old was arrested on a federal criminal indictment filed on March 24, 2015, charging him with two counts of conspiracy to launder money and bank fraud.

A statement from U.S. Attorney's Office said Waked had been given a designation used for "the most significant money launderers and drug traffickers in the world."

Waked and a relative named Abdul Waked are accused of being the co-leaders of an organization that laundered drug profits through a web of companies including a luxury mall, a bank and the duty-free zone at Panama City's international airport, which had attracted U.S. law enforcement's scrutiny before. The family also owns Panama's oldest newspaper, the Estrella de Panama.

Grupo Wisa, the family's holding company, issued a terse statement saying the accusations "are false and unfounded." The company said it had instructed its lawyers to cooperate fully in the investigation announced by Panama's attorney general.

The action comes as Panama is struggling to overcome international rebuke of its offshore banking system in the wake of a damaging leak of 11.5 million documents detailing how a prominent law firm helped the world's rich and famous hide their wealth.

Panama's tradition for financial secrecy and crossroads location along the path of South American cocaine heading to the U.S. has long made it an attractive money-laundering center.

The Drug Enforcement Administration described Waked as "one of the world's most significant drug money launderers and criminal facilitators." It said he faces money laundering and bank fraud charges in Florida.

A law enforcement official, who agreed to discuss the matter only if not quoted by name because he was not authorized to discuss the case publicly, said the Waked family is accused of laundering funds on behalf of Colombian and Mexican drug cartels as well as independent drug-trafficking organizations.

Nidal Waked was arrested by anti-narcotics police minutes after clearing customs when arriving Wednesday night on a Copa Airlines flight to Bogota, Colombian migration officials said. Born in the Colombian city of Barranquilla, he remained in custody in Bogota pending an extradition request from the U.S., they said. The DEA said he faces federal money laundering and bank fraud charges in Florida.

Grupo Wisa led a consortium in 2007 that paid $173 million for control of the duty-free zone in Panama City's airport, a major hub.

A leaked 2009 U.S. diplomatic cable published by Wikileaks described the airport as "tainted by a seamy underside of alien smuggling, money launder, narcotics trafficking and corruption." Passengers in transit could launder money through the many jewelry, perfume and electronics shops found at every turn and which face little regulatory scrutiny, the cable said.

"The duty-free zone at Tocumen is a good example of the kind of live-and-let live attitude permeating the airport," the cable said.

Balboa Bank & Trust was one of the businesses named in the kingpin designation. Panama's banking supervision office said it had taken control of the bank to protect the interests of depositors. Police were also posted outside its main office.