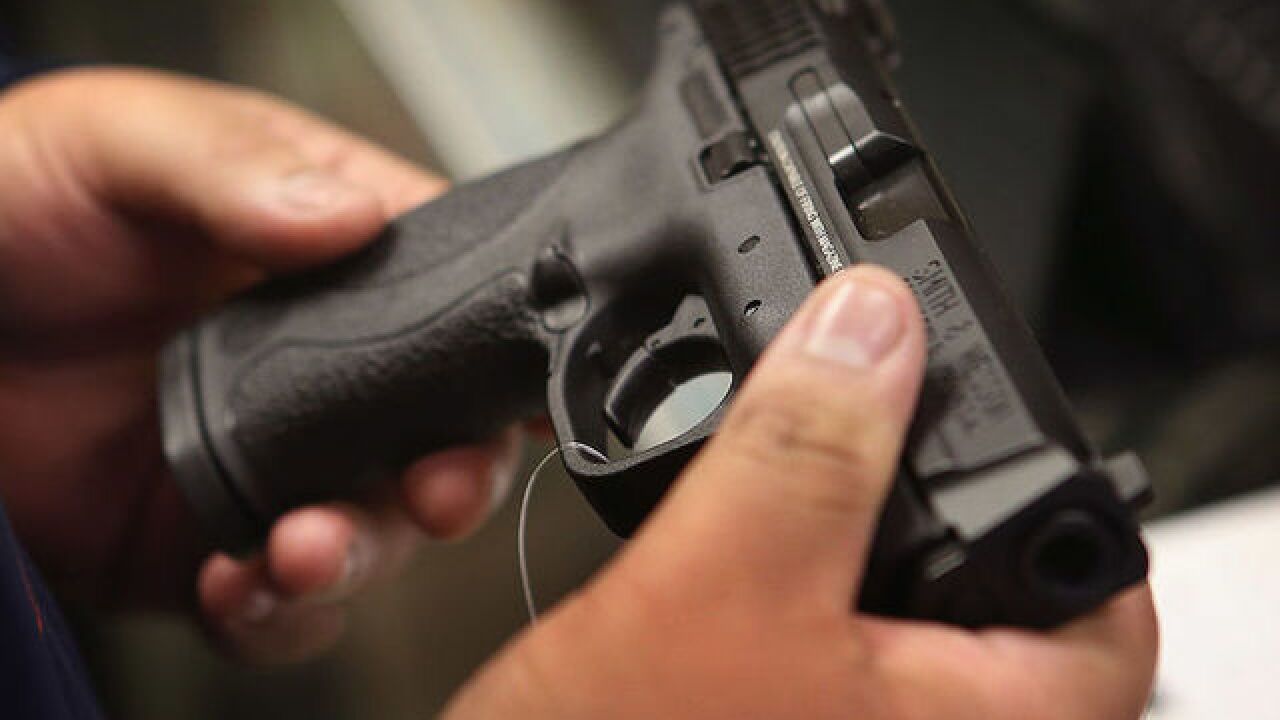 Support for stricter gun laws has spiked to the highest level since 1993, and almost two-thirds say government and society can take action to prevent future mass shootings, according to a new CNN poll conducted by  SSRS .

The findings suggest the school shooting in Parkland, Florida, has shifted public opinion on gun laws in a way other recent mass shootings have not.

Overall, 70% now say they back stricter gun laws, up from 52% who said so in an October poll not long after a mass shooting in Las Vegas killed 58 people. Just 27% oppose stricter laws. Support for stronger gun laws has not been that high in CNN polling since a December 1993 survey conducted just after the Brady Bill was signed into law.

Public support for stronger gun laws has fluctuated over the years, peaking at 70% backing for stronger laws in 1993 and in the new poll and bottoming out at 44% support in a CNN/ORC poll in September 2014. Bumps in support for tighter laws following mass shootings have rarely lasted, but they have also rarely been as large as the shift seen in this poll.

The new poll also finds a deepening intensity of support for stronger gun laws. A majority, or 52%, say they "strongly" favor stricter gun laws, well above the previous high mark of 37% in polling back to 2013. Strong support outpaces strong opposition by a nearly four-to-one margin, a massive increase compared with the 36% who were strongly in favor of such a move and 27% who strongly opposed the idea in the October survey.

Overall support for stricter laws includes a majority of those who live in gun-owning households (57%) as well as majorities across gender, race and age categories. Nearly all Democrats (93%) back stricter laws, as do a majority of independents (64%) and a plurality of Republicans (49% vs. 46% who oppose them).

At the same time, an increasing share say they are very or somewhat worried they or a family member will become a victim of gun violence. Almost six in 10 say so now (57%), compared with 44% in June 2016 after a mass shooting in Orlando. Worries now are higher among parents of children under 18, of which 62% say they are worried vs. 55% among non-parents. Among those who are at least somewhat worried about becoming a victim of gun violence, 80% back stronger gun laws; that slides to 56% among those expressing less concern.

There is widespread support for several specific changes to gun laws, including 87% who back laws to prevent convicted felons and those with mental health problems from owning guns; 71% who support preventing people under age 21 from buying any type of gun; 63% who support a ban on the sale and possession of high-capacity or extended ammunition magazines (up from 54% in October, a new high in CNN polling); and 57% who back a ban on the manufacture, sale and possession of rifles capable of semi-automatic fire, such as the AR-15, the same style as was used in both the Parkland and Las Vegas shootings (up from 49% in October).

But on the other proposals tested in the poll, there are sharp partisan divisions that reflect those in the public conversation around gun laws that has emerged since Parkland, particularly on a ban on weapons such as the AR-15. That proposal -- one that Florida Sen. Marco Rubio described in a Tweet as "well outside the mainstream" -- has the support of 80% of Democrats and 53% of independents, but just 34% of Republicans. Likewise, limiting the number of guns an individual can own garners 69% support among Democrats vs. just 23% among Republicans. And while backing for a ban on high-capacity magazines has grown across party lines, there remains a 34-point spread between Democrats (82% support) and Republicans (48% support) on the question.

In addition to a shift toward support for stronger gun laws, there is optimism in the poll that such changes would be effective. A majority, 56%, say stricter gun laws generally would reduce the number of gun-related deaths in the country, 42% that they would not. That tilted the opposite way in October after the Las Vegas shootings, with 51% doubting that outcome, as well as in June 2015 after the shooting deaths of nine people during a Bible study group in Charleston, South Carolina, when 60% said such a change would not reduce gun-related deaths.

Similarly, 59% think stricter background checks would prevent those with mental health problems from owning guns (36% say that they would not).

More generally, almost two-thirds, 64%, say that government and society can take action that will effectively prevent shootings like the one in Parkland. That is higher by far than the share to say so in CNN polls after mass shootings in Las Vegas (47%), Orlando (46%), Charleston (35%), Newtown, Conn. (46%) and Tucson (33%). Majorities across party lines say they feel effective action can be taken, including 79% of Democrats, 59% of independents and 52% of Republicans.

The  CNN Poll was conducted by SSRS February 20-23  among a random national sample of 1,016 adults reached on landlines or cellphones by a live interviewer. Results for the full sample have a margin of sampling error of plus or minus 3.7 percentage points, it is larger for subgroups.