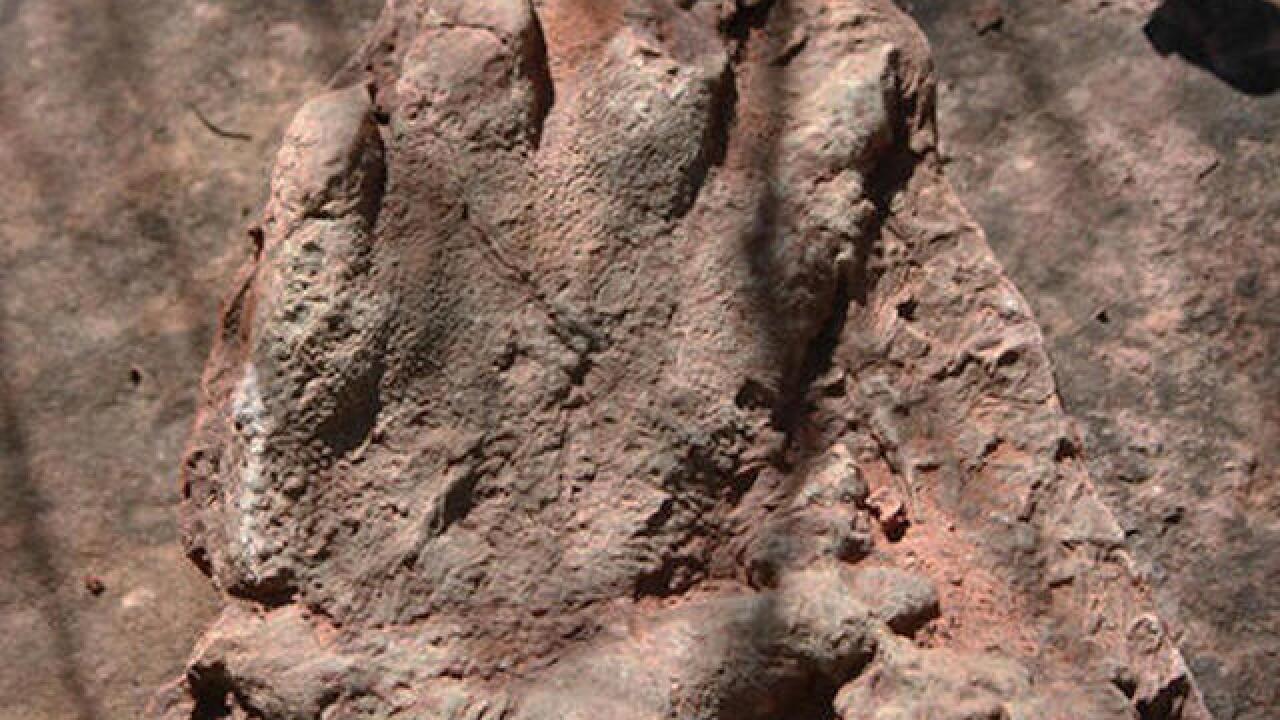 HOLYOKE, Mass. (AP) — Officials in a New England town are working to protect more than 100 dinosaur footprints in a park that are nearly 200 million years old.

The Trustees of Reservations oversees the Holyoke, Massachusetts, site that contains about 130 footprints researchers think were left by carnivorous, two-legged dinosaurs, up to 15-feet tall. They are from when the entire Connecticut River Valley was a sub-tropical swamp.

A Trustees' official tells The Republican newspaper (http://bit.ly/23Kwj40 ) that graffiti, plaster casting and vandalism have been problems in the park. He says it even appears people have tried to hack out a footprint to take home.

An ordinance passed this week makes people who vandalize or try to steal the tracks subject to fines of up to $300 per day.