Cities across the world flash the Bat Signal on Batman Day 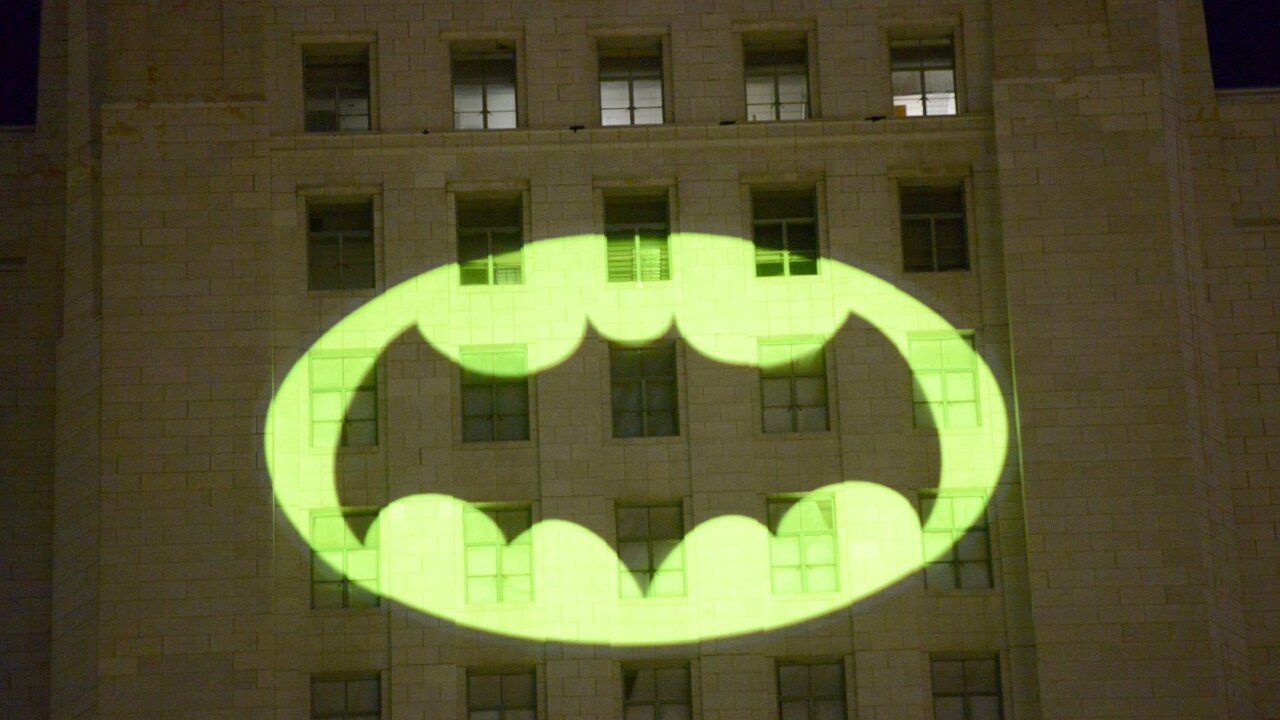 (CNN) -- Cities across the world on Saturday marked Batman Day by flashing the Bat Signal across buildings and into the night sky, a nod to the Caped Crusader on his 80th birthday.

New York is often called "Gotham," after all. The signal was seen on the Domino Sugar Refinery in Brooklyn.

Batman Day celebrations began in Melbourne, where fans got to see the bat signal illuminating the skies at Fed Square.

The Dark Knight's famous logo was displayed at Shibuya Scramble Crossing in Tokyo.

In South Africa, the image was projected across the side of Johannesburg's new Leonardo Building, now the tallest building in Africa.

The bat signal even flashed across the Senate House in London.

Germans also joined in the fun, displaying the iconic signal on Potzdamer Platz 11 in Berlin.

DC Comics and CNN are both part of the WarnerMedia family.