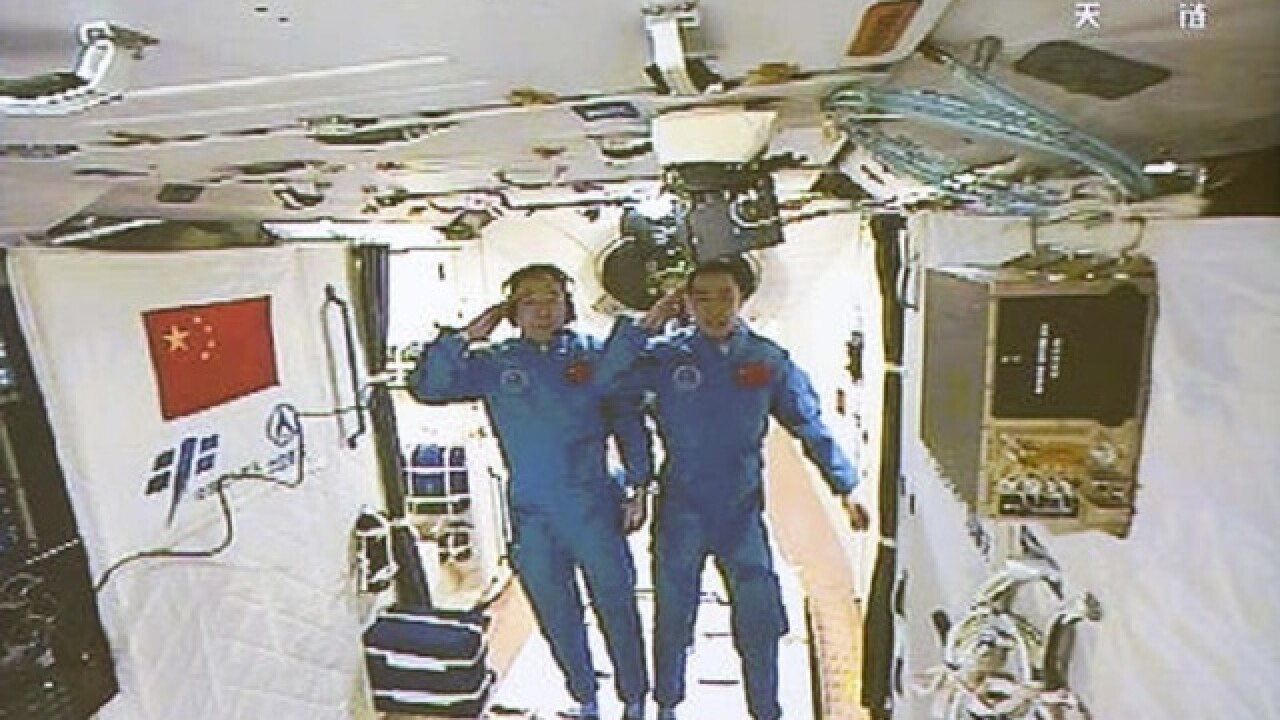 By: Associated Press
Posted at 10:16 PM, Oct 18, 2016
BEIJING (AP) — A pair of Chinese astronauts entered the country's orbiting space station for a month-long stay early Wednesday, as China's sixth and longest crewed mission gets underway in earnest.
The Shenzhou 11 spacecraft that blasted off Monday morning docked with the Tiangong 2 station using an automated maneuver worked out during missions to an earlier experimental station.
Having changed from his space suit into blue overalls, veteran mission commander Jing Haipeng opened the hatch and entered the station shortly after 6 a.m. Beijing time (2200 GMT), followed by astronaut Chen Dong, who is making his first journey into space, the official Xinhua News Agency reported.
"The two astronauts extended greetings to all the people of the nation in the space lab, and checked the status of the space complex," Xinhua said.
The space station launched Sept. 15 is orbiting about 393 kilometers (244 miles) above the earth.
The mission displays the growing sophistication of the country's manned program that first launched a human into space 13 years ago.
During their 30-day stay, the astronauts will conduct experiments in medicine and space-related technologies, and test systems and processes in preparation for the launching of the station's core module in 2018. A fully functioning space station is on course to begin full operations six years from now and slated to run for at least a decade.
China's manned space program has also conducted a spacewalk, while the lunar program recently decommissioned its Yutu rover and is considering sending a crew to the moon.
The Tiangong, or "Heavenly Palace," space stations are considered stepping stones to a mission to send a rover to Mars by the end of the decade. Communications with the disused Tiangong 1 station have been cut and it is expected to burn up on entering the atmosphere next year.
China was excluded from the International Space Station mainly due to U.S. legislation barring such cooperation and concerns over the Chinese space program's strongly military character.
Chinese officials are now looking to internationalize their own program by offering to help finance other countries' missions to Tiangong 2, which, at 60 tons when completed, would still be considerably smaller than the 420-ton ISS.
Copyright 2016 The Associated Press. All rights reserved. This material may not be published, broadcast, rewritten or redistributed.