It is possible to buy entire towns these days.

A little over a month after a 19th century ghost town in California called Cerro Gordo went on sale, Brent Underwood bought it for $1.4 million, real estate agent Jake Rasmuson said. The asking price for Cerro Gordo is $925,000, according to a property listing.

"We really didn't expect the activity we had," he said, saying that he underestimated the amount of offers the town would receive.

"We received about a dozen offers, Mr. Underwood's offer was appreciated by the sellers," Rasmuson said. "There were other offers, but Mr. Underwood's plan was beneficial to the preservation and public use of the property."

Cerro Gordo, which means "fat hill," has 22 structures remaining, including an abandoned hotel, church and bunkhouse. The abandoned mining town, which occupies over 300 acres of land, had been in family hands for decades, but they felt it was the right time to sell it, Rasmuson said. 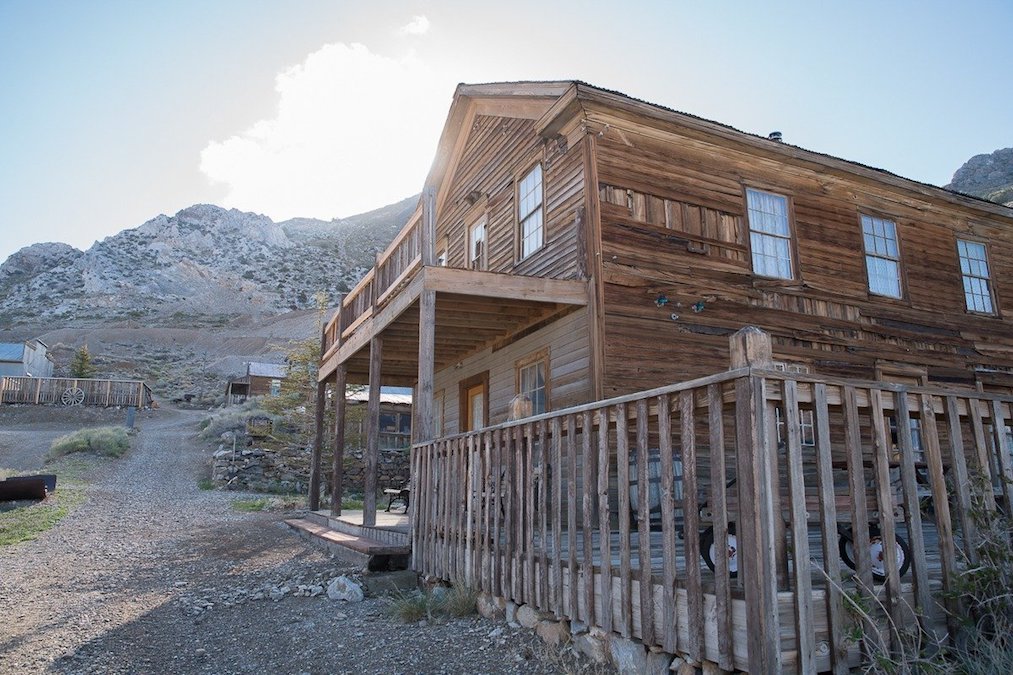 Cerro Gordo came into existence as a small mining town after the discovery of silver in 1865. At one point, it became the largest producer of silver and lead in California, according to its website.

"In its heyday, it averaged a murder a week," Rasmuson said. "It's really part of the Wild West."

After the fall of lead and silver prices, and other setbacks, including a fire, Cerro Gordo's silver operations slowed and eventually became deserted.

So what will become of this ghost town? Ideas ranged from turning Cerro Gordo into a theme park to a marijuana town.

But Underwood, who owns a backpacker hostel in Austin, Texas, called HK Austin, says history is the reason he was interested in the town.

"It isn't often you're entrusted to maintain such an interesting part of American history," he said in an email to CNN. "The town is so rich in history and has impacted so many lives."

Underwood said he and business partner Jon Bier had been looking at hospitality locations around the United States that were large enough to create a unique destination. He said a friend sent him the CNN article discussing the initial sale.

"I knew it was the one," Underwood said.

Now that he's bought Cerro Gordo, he says he plans to "renovate a select number of the existing buildings to a point we'd be comfortable hosting people for long periods of time."

That includes bringing WiFi to the 19th century property as well, he said.

"We're looking to create a new destination. It isn't often you're able to have such a canvas to work with. We have over 300 acres and dozens of buildings," Underwood said. "We want to maintain the historic nature of the property while introducing amenities that will allow more people to enjoy the location."

Underwood said he wants to create an experience that's available nowhere else.

"Cerro Gordo is a true piece of American history that is impossible to replicate," he said.