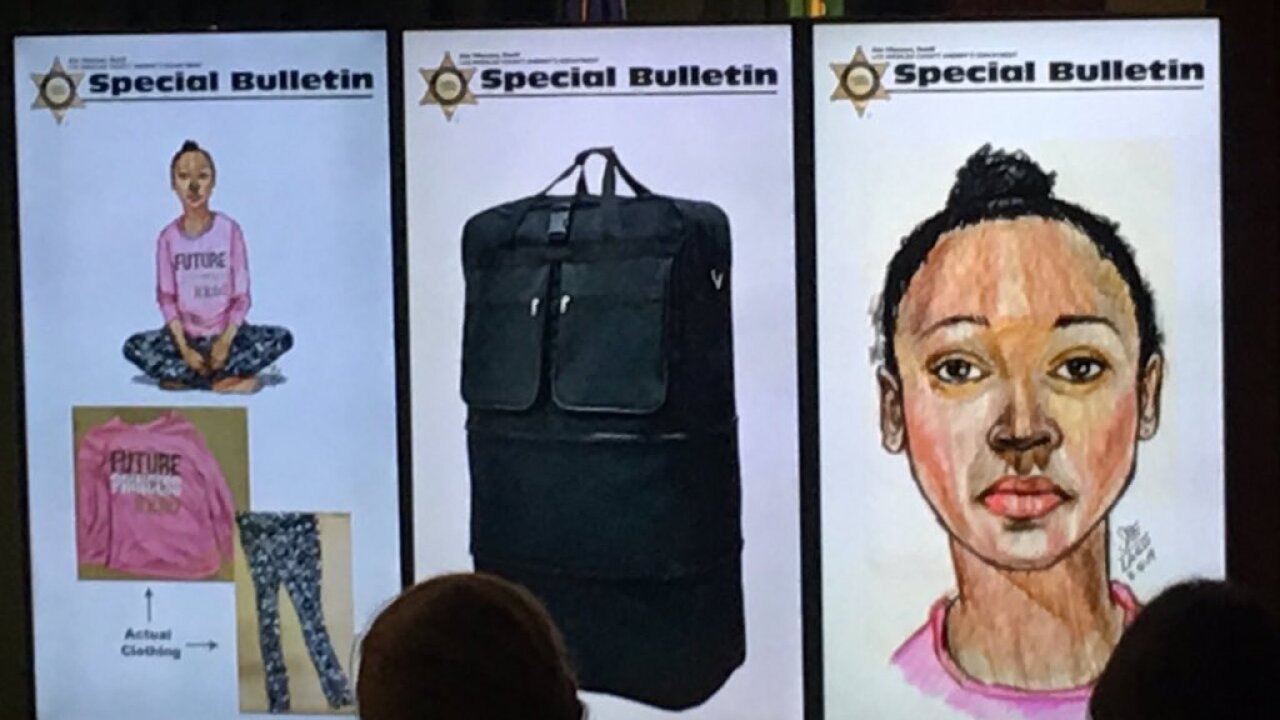 California authorities are hoping to identify a young girl -- wearing a shirt that said "Future Princess Hero" -- whose body was found partially inside a large duffel bag.

Police hope that someone will recognize the girl, the suitcase or the pink shirt she was wearing when she was found.

The girl, believed to be between 8 and 13 years of age, was found Tuesday near an equestrian trail in the Hacienda Heights area with her head and upper body protruding from the partially zipped roll-away black duffel bag, Los Angeles County Sheriff's Lt. Scott Hoglund told reporters at a Wednesday news conference .

The department released a sketch of the girl, showing her in a pink, long-sleeved top adorned with the words "Future Princess Hero" and pants with a panda print. Authorities said she was black, about 4 feet 5 inches tall and weighed about 55 pounds.

She was "small in nature," Hoglund told reporters.

Although the death is suspicious, Hoglund told reporters that investigators did not observe any obvious signs of trauma. An autopsy is expected to be done within the next day or two to determine how she died.

Authorities do not know if she was placed in the bag dead or alive, Hoglund said.

Investigators believe that she was left in the light brush next to the trail late Sunday evening, and they hope people who might have seen anything suspicious on Hacienda Boulevard, including a car pulled over to the side of the road, will come forward, the lieutenant said.

The girl was found at 10 a.m. on Tuesday in the area south of Hacienda Boulevard and Glenmark Drive, just below a Buddhist temple, Sheriff Alex Villanueva told reporters.

"It's a sad moment for the department, for the community, and we're going to do our best to figure out what led to the suspicious death of the child involved,'' Villanueva said. "I've directed the investigators to spare no effort to find out what happened."