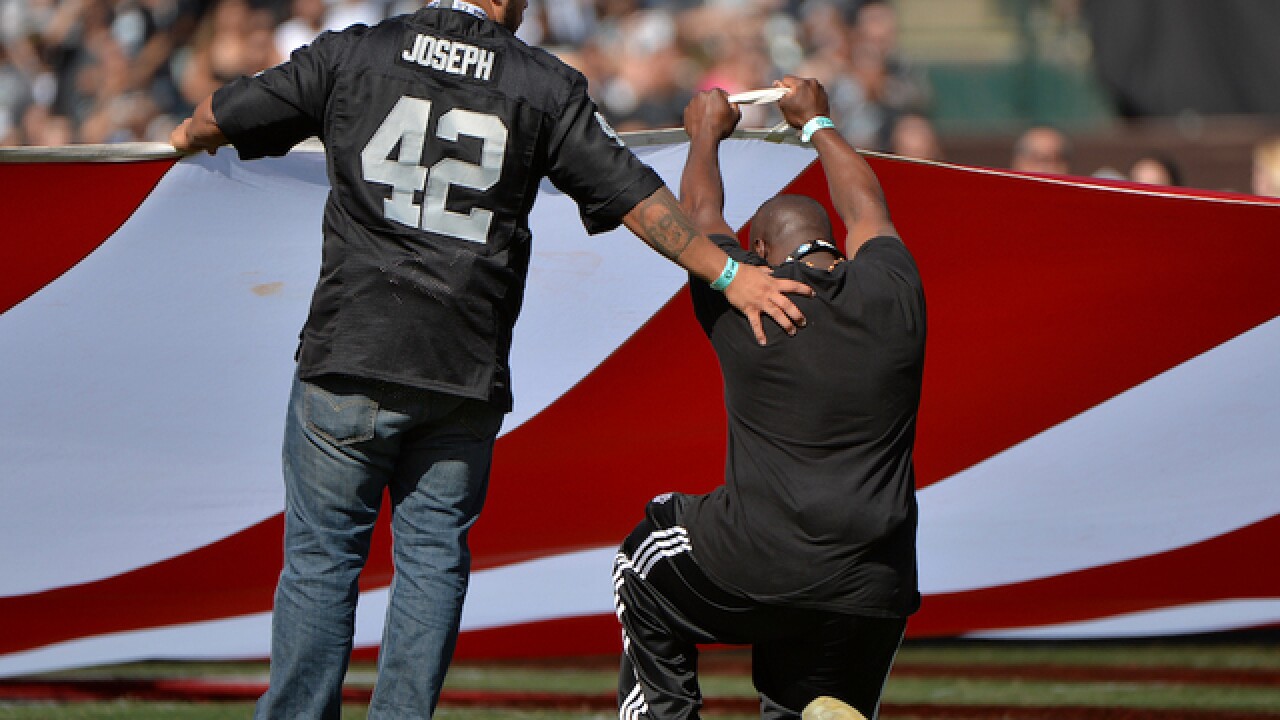 Copyright Getty Images
Don Feria
<p>OAKLAND, CA - OCTOBER 15: A fan kneels while holding the flag during the national anthem prior to the NFL game between the Oakland Raiders and the Los Angeles Chargers at Oakland-Alameda County Coliseum on October 15, 2017 in Oakland, California. (Photo by Don Feria/Getty Images)</p>

The California NAACP is urging "The Star-Spangled Banner" be removed as the national anthem, according to the Sacramento Bee.

The NFL has been embroiled in a national controversy regarding players kneeling for the playing of "The Star-Spangled Banner" before games.

President Donald Trump has weighed in multiple times condemning players as being disrespectful for kneeling for the anthem.

But the California NAACP has upped the pressure by urging Congress to remove the song as the national anthem. The group called the song "one of the most racist, pro-slavery, anti-black songs in the American lexicon."

The song has a rarely heard third verse that includes the passage:

No refuge could save the hireling and slave

From the terror of flight or the gloom of the grave

Free agent NFL quarterback Colin Kaepernick began a protest movement against racism in the country by kneeling during the anthem before games. The movement grew to involve dozens of NFL players.

California NAACP President Alice Huffman has asked for the nation to replace the song with one that is not "another song that disenfranchises part of the American population," according to the Sacramento Bee.