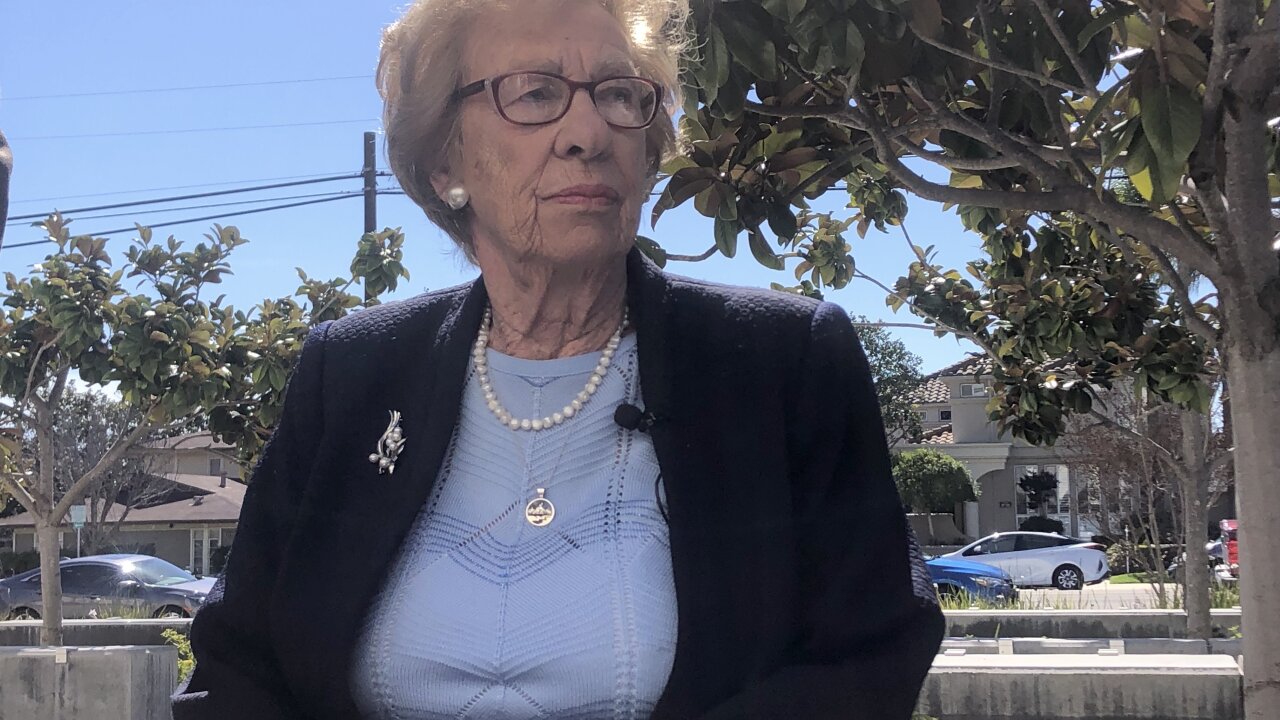 Flyers with Nazi swastikas were posted at a California school just days after a Holocaust survivor shared her firsthand horrors with students who had posted anti-Semitic photographs during a party.

Ten flyers were discovered at Newport Harbor High School on Sunday morning. Police were called and the flyers were removed. While posting the flyers is not a crime, Newport Beach police are investigating.

School principal Sean Boulton said in a statement: "Again we condemn all acts of anti-Semitism and hate in all their forms. We will continue to be vigilant with our stance, and the care of our students and staff."

But one senior at the school, Max Drakeford, called the latest episode "super disheartening -- a step backward."

Drakeford, whose grandmother survived the Holocaust, said the posters "send a message that we aren't welcome at our own school."

Katrina Foley, mayor of the neighboring city of Costa Mesa, where the party was held, said she felt there was a sinister motive.

Rabbi Reuven Mintz, who has been working with the school district to educate students about the Holocaust, said he believed the posters were put up by an outside group, not students.

He had been alarmed by the participation of some Jewish students in the initial incident on March 3 when teenagers posted photos of themselves with arms raised in a Nazi salute around a swastika made of plastic cups. "The fact that they didn't stop it is disturbing to me."

After the images were shared online and reported in the media, Mintz helped to bring Eva Schloss, an Auschwitz survivor and stepsister of Anne Frank, to talk to the school.

Schloss was brutally honest about the horrors she and other teenagers endured at the hands of the Nazis. She told the students about the Nazi gassing of Jewish people and targeting of disabled people and their children.

Those who were there say many of the teenagers involved with the viral pictures were crying. Many of the students have also written open letters of apology to the Jewish community, the city, the school district, friends and family.

In the series of letters obtained by CNN, the authors said they take responsibility and did not consider the impact of the Nazi imagery.

The person who took the photos and posted them on Snapchat wrote: "I had the opportunity to step up and voice that what was going on was not right. I also had the choice to leave but I did not and for that I am so very sorry."

Another wrote: "Please give us the chance to show who we really are. We can't erase what we did, but we have to try to make it better and show you we are not the people we seemed to be during a few minutes of stupidity."

Even as the posters were being discovered on Sunday, Mintz was with some of the students from the photo at the Museum of Tolerance in Los Angeles, where they met another Holocaust survivor.

She reminded the students that when she was their age, she was in a concentration camp, Mintz said. And he said he believed the interventions were having an impact.

"I've seen amazing things from these students," he said. "They really want to be outspoken advocates against hate. These kids are being transformed."