California communities rally to save animals caught in wildfires 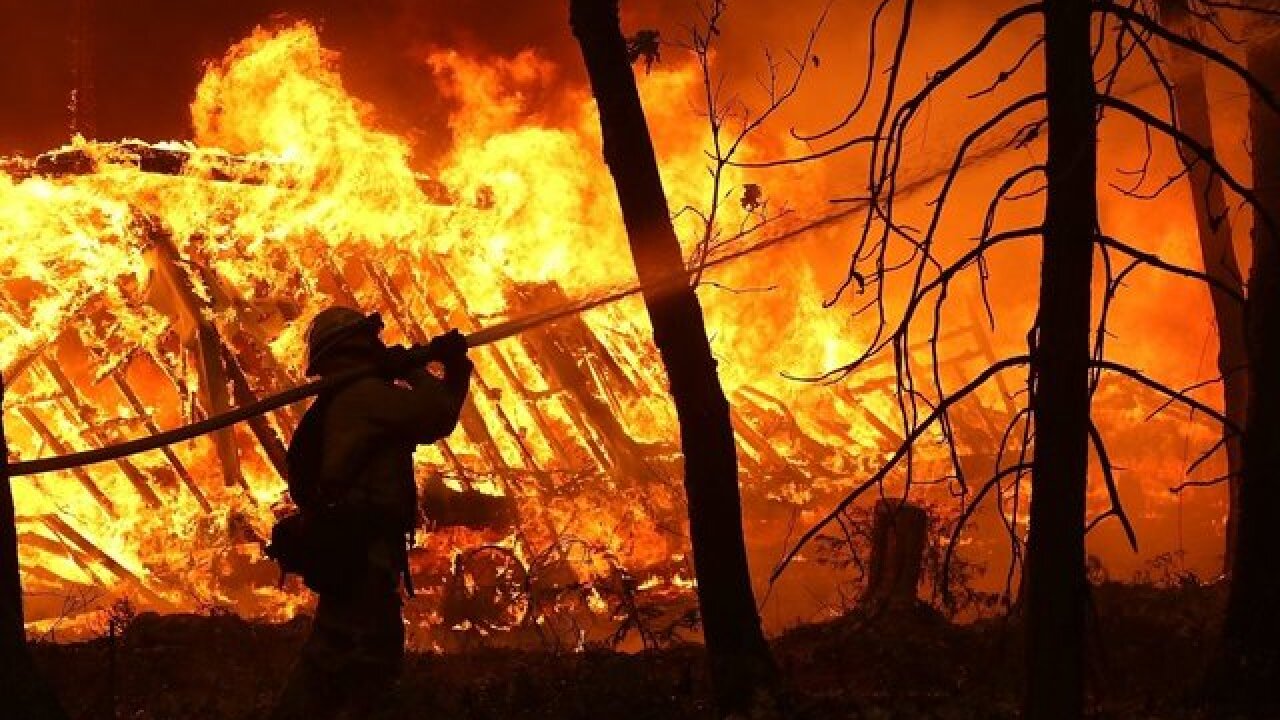 When Jeff Hill returned to his neighborhood in Paradise, California, after evacuating during the Camp fire, he came across a wayward horse -- in a backyard swimming pool. The horse appeared to have jumped in to escape the flames, and was caught in the pool cover.

He had been checking on a neighbor's house to see if it was still standing when he discovered the horse, Hill wrote in a Facebook post.

"We scrambled to unhook the pool cover and pulled her to the shallow end where we guided her up the steps." The horse got out, shook off, and "loved on us for a few minutes as a thank you, and walked off," he wrote.

Hill called for help, and waited with the horse until resources could escort the horse out from the fire zone.

As wildfires raged in different parts of California, residents were forced to evacuate -- some without getting the chance to go home and grab their four-legged friends.

Searchers combing through the charred areas have rescued hundreds of animals -- including dogs, cats, horses, donkeys, ducks, and a tortoise.

Now, community organizations and good Samaritans are rallying to shelter the displaced animals and reunite them with their owners.

On Friday evening, Los Angeles County Animal Care & Control was sheltering a total of 815 rescued animals displaced by the Woolsey and Hill fires in Ventura County, according to Allison Cardona, Deputy Director of South County operations. Of those, 550 were horses.

"This is a devastating event," Cardona told CNN. "It has covered and impacted such a large area."

Even as LA County mobilized to accommodate the animals, one of their own shelters was forced to evacuate. One hundred animals were moved from the Agoura Animal Care Center, which remains closed.

In Northern California, a volunteer-run rescue group set up a temporary shelter at Butte County's Chico Airport to take in animals displaced by the Camp fire.

The North Valley Animal Disaster Group works with local law enforcement to take in rescued animals, and says it has received over 5,000 calls to its hotline since the Camp fire started on November 8.

The group says it is currently caring for over 1,400 animals -- including an alpaca, turkey, reptiles, ducks, rabbits and more.

One of their own volunteers, Sandy Doolittle, lost her home in the wildfire, but continues to help reunite families with their pets.

"People don't give up," Doolittle told the Chico Enterprise-Record. "Cats and animals are coming in every day. While I was there (on Sunday) a couple came in and found their cat."

She warned owners that their pets might look a little different now. "It can be difficult to identify their pets because of getting singed," she said.

Others are taking to social media to reunite owners with their lost animals.

Chrissy Morin, Michelle Hurst and Marilyn Litt launched California Wildfires Pets pages on Facebook and Twitter. The women, who are located outside of California, have been heading up digital efforts to reunite pets and their owners after natural disasters since 2012 -- most recently after Hurricane Michael and Hurricane Harvey.

"We use Facebook pages instead of groups because of the ability for them to be 100% public and searchable and we can organize the pets into albums so pet owners & finders can look through easily," Morin told CNN. "By having organized albums on Facebook we are able to help people look. "

The group urged owners not to give up looking for their pets too soon, and to visit shelters in person because some images online can be misleading.

Other groups are concentrating on supporting pet owners after they've been reunited with their companions. Butte County Humane Society in Chico is setting up a pet food and supply pantry. In the future, they are looking to hold free vaccinations and micro chipping for pet owners.

"The rebuilding will take over many months, and we want to provide food, supplies and support," Katrina Woodcox, Executive Director of Butte Humane Society, told CNN. "We want to take that worry away from them as they rebuild their lives."

When Dan Sauvageau, from Roseville, California, heard his friends had evacuated Sunday from Magalia, California, and were unable to able get all their animals in time, he drove 90 miles to rescue their pets -- a donkey, mastiff puppy, three goats and a cat.

Sauvageau didn't stop there. He also rescued 17 other animals that were in the area, and took them to the Chico airport shelter. Among the rescues, he came across a pack of dogs that were overjoyed when they saw him approaching with pails of food.

"It was very sad and emotionally draining," he told CNN. "Seeing the total devastation of everything -- it's surreal."