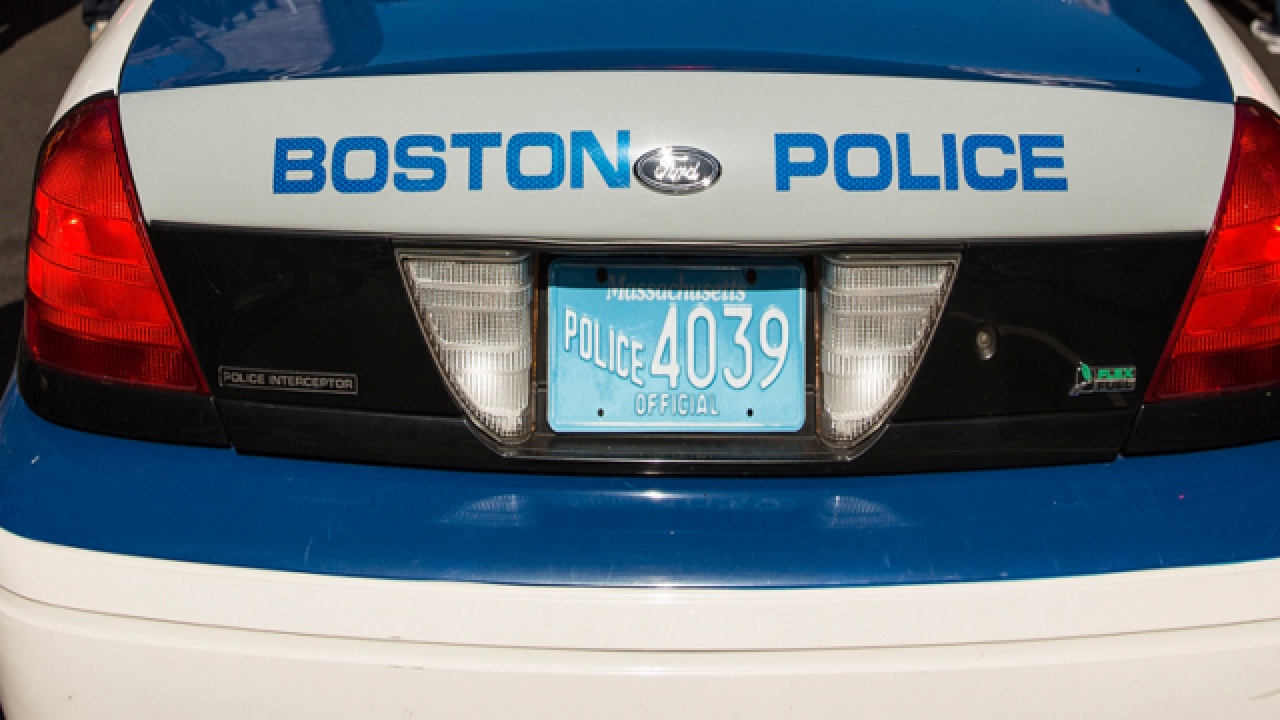 By: Associated Press
Posted at 12:23 AM, Nov 30, 2016
BOSTON (AP) — Sean "The Cannon" Gannon's claim to fame was a bloody, bare-knuckle fight he had with another mixed martial arts fighter. His day job as a Boston police officer hasn't been quite as action-packed.
For the past decade, Gannon has been restricted to desk duty because police officials say his cognitive abilities have been affected by concussions he received during his fighting career. The city says public safety could be jeopardized if Gannon is allowed to work as an armed street cop.
Gannon, however, insists he can fully perform all the tasks of his job as a police officer and has been cleared for duty by numerous doctors. Next week, the Massachusetts' top court will be asked to decide whether his lawsuit against the city can proceed to trial. Oral arguments are scheduled for Dec. 8.
Gannon began his career as a Boston police officer in 1996. In his spare time, he practiced martial arts — including judo, aikido and jiujitsu — and in 2002 he began to compete as an amateur mixed martial arts fighter.
Gannon gained notoriety on social media in 2004 when he beat well-known fighter Kevin "Kimbo Slice" Ferguson in an unsanctioned fight. A 10-minute video of the brawl was widely distributed online.
Gannon's lawyers say he received two concussions during his career, both in 2004, and stopped fighting in 2005.
In 2006, Gannon was placed on desk duty after he didn't report to work one day and the police department learned that he had a concussive syndrome from his fighting, as well as a diagnosis of sleep apnea.
Gannon sued the city in 2012.
A Superior Court judge found that the city had articulated a legitimate "nondiscriminatory reason" for assigning Gannon to desk duty, specifically its concern that his loss of cognitive function and memory impairs his ability to perform essential tasks of his job, including responding in an emergency and using the needed judgment in high-pressure situations.
Gannon is appealing the judge's ruling dismissing his disability discrimination claims and is asking the Supreme Judicial Court to allow a jury to decide his case.
The city's lawyers say neuropsychological tests showed Gannon, now 46, had slow responses and memory issues, and was prone to errors. They argue that he cannot perform the job of an armed police officer.
"It is beyond dispute that a police officer must be able to respond properly on a split second basis to real or perceived threats," attorney Nicole Taub argued in a legal brief.
But Gannon's lawyers say their own experts used real world "police scenario" testing and found that he could fully perform the duties of his job.
"Here, the City has never tested Gannon in any shoot/don't shoot scenarios or simulated exercises that would gauge his ability to think quickly, react under pressure, and adapt to changing conditions. By contrast, whenever Gannon has undergone such testing on his own initiative, he has performed well," his lawyers argued in their brief.
Gannon declined to comment. Attorney Adelaide Pagano told The Associated Press that Gannon has shown "he is more than capable of performing the essential functions of the job of a police officer safely." She called the department's decision to keep him on desk duty "obstinate" and "disgraceful."
In a recent interview with MixedMartialArts.com, Gannon said he believes the department has retained a battery of medical experts to try to show he can't do his job, but he has numerous experts who say he can.
"If one doctor says you'll never run again, and another doctor says you will, and then you run in five touchdowns in the pre-season, and another three in real games, it's safe to say the doctor that said you would never run again is wrong," he said.
Copyright 2016 The Associated Press. All rights reserved. This material may not be published, broadcast, rewritten or redistributed.