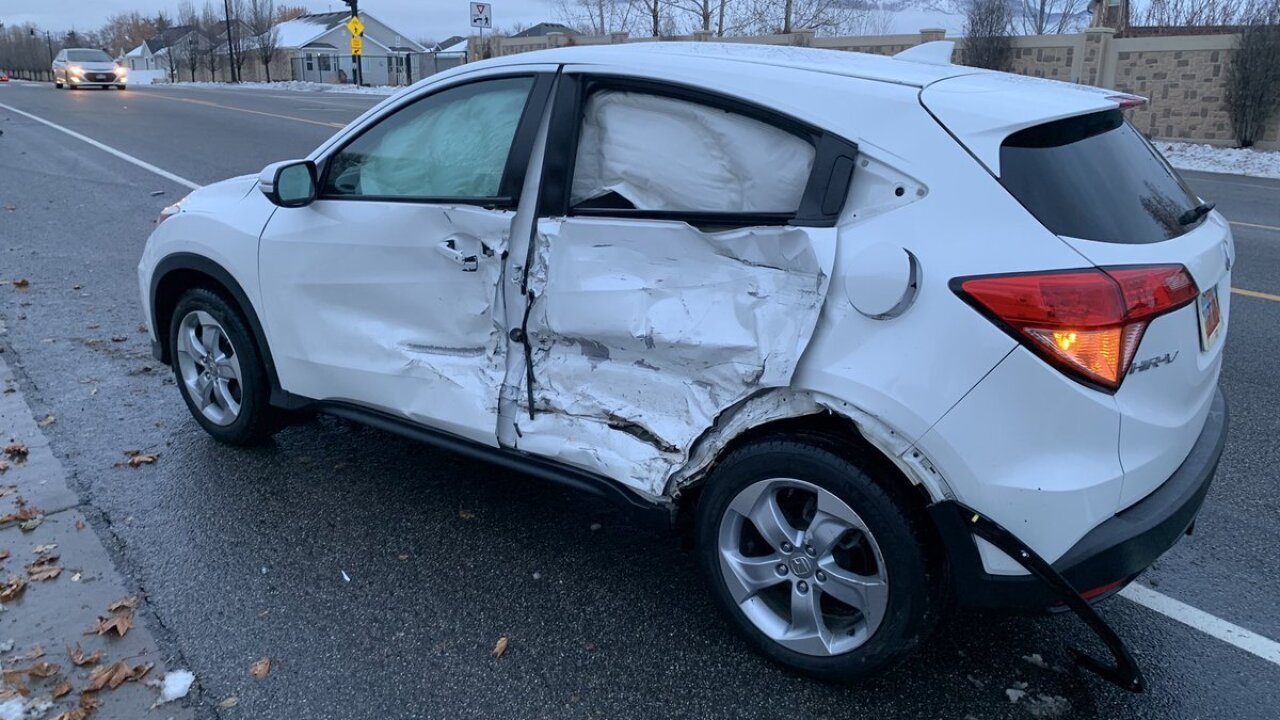 (CNN) -- A blindfolded teen crashed into another vehicle while doing the Bird Box challenge in Utah this week, police said.

The challenge, in which people move around while wearing blindfolds, originated from the Netflix film "Bird Box." In the movie starring Sandra Bullock, characters wear blindfolds to avoid seeing a mysterious force, inspiring the latest viral internet challenge.

"Apparently, as a part of this Bird Box Challenge,' (the driver) used her beanie to pull over her eyes as she was driving on Layton Parkway, and she ended up losing control of her car and skidded into the westbound lanes of Layton Parkway and hit another car and ended up hitting a light pole as well," Lyman said.

Police did not identify the teen, but said she was driving a pickup truck with a 16-year-old passenger. No injuries were reported.

Netflix warned its viewers against the "Bird Box" challenge this month.

"We don't know how this started, and we appreciate the love, but Boy and Girl have just one wish for 2019 and it is that you not end up in the hospital due to memes," Netflix tweeted.

In Colorado, police are predicting some drivers will attempt to do the challenge, and warning them in advance. .

"Inevitably, somebody's going to do the monumentally stupid thing that is driving while blindfolded," a Colorado State Patrol officer said in a video message last week. "We shouldn't have to say this, but we're gonna: Don't drive blindfolded."