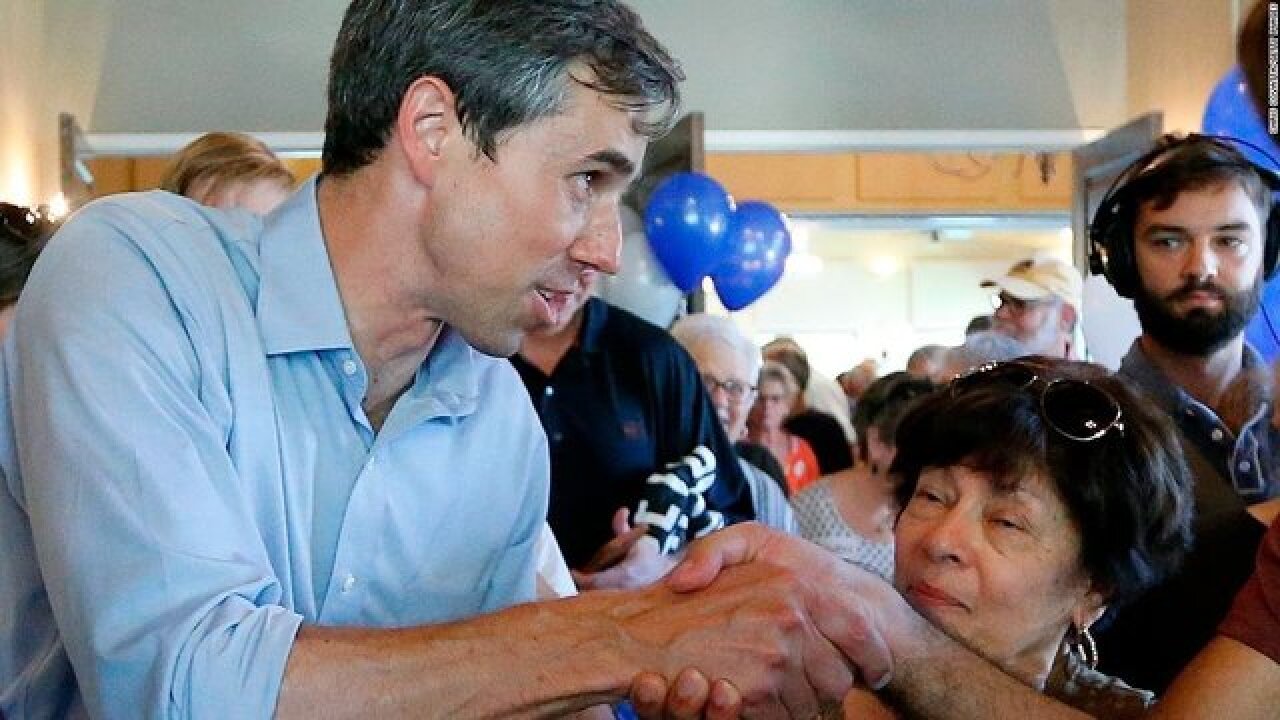 © 2018 Cable News Network, Inc.
Chris Covatia/Getty Images
<p>Texas Democrat Beto O'Rourke is trailing in the polls in his race to unseat Republican Sen. Ted Cruz, but his effort is raising an unprecedented amount of money.</p>

Texas Democrat Beto O'Rourke is trailing in the polls in his race to unseat Republican Sen. Ted Cruz, but his effort is raising an unprecedented amount of money.

O'Rourke's Senate campaign announced Friday a record-smashing third quarter fundraising haul of $38.1 million. It's the most ever raised in a quarter by a US Senate campaign.

O'Rourke's campaign has obliterated fundraising records throughout the race, even as polls have consistently shown Cruz with a comfortable lead in the high-profile Senate contest. Last quarter, O'Rourke made headlines with what was then a record-breaking haul of $10.4 million.

The O'Rourke campaign, which has rejected PAC money, announced that the $38.1 million haul was "powered by 802,836 individual contributions," and said that the "majority of the fundraising c[ame] from Texas."

"The people of Texas in all 254 counties are proving that when we reject PACs and come together not as Republicans or Democrats but as Texans and Americans, there's no stopping us," O'Rourke said in a statement. "This is a historic campaign of people: all people, all the time, everywhere, every single day -- that's how we're going to win this election and do something incredible for Texas and our country at this critical moment."

Even as O'Rourke has enjoyed a fundraising bonanza driven by a series of  viral campaign moments  and the national media spotlight, the fundamentals of the race continue to favor Cruz. CNN rates the race as lean Republican.

No Democrat has won statewide office in Texas since 1994, and  a Quinnipiac University poll  released this week found Cruz leading O'Rourke by 9 points, 54% to 45%.