Best cities for quality of life 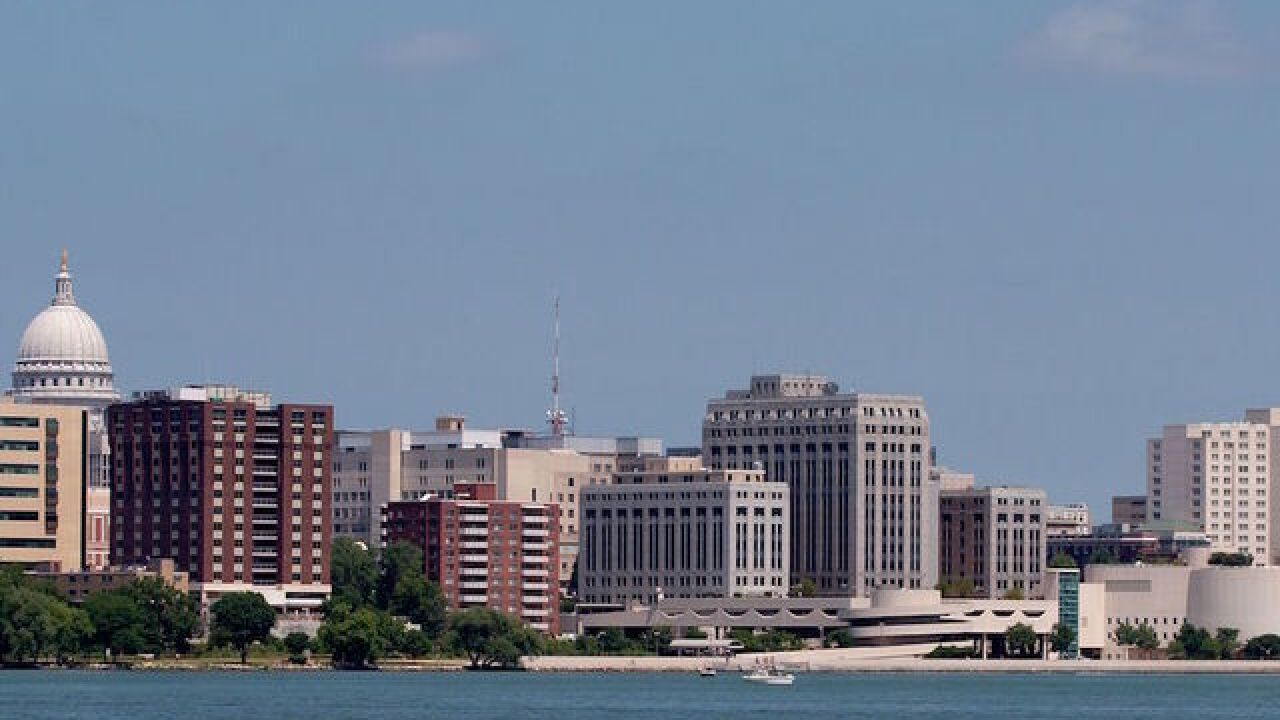 It’s an elusive equation for many Americans, yet there are some cities where you’re more likely to find a balance that potentially leads to better quality of life.

NerdWallet analyzed 177 U.S. cities with over 150,000 residents using data estimates from the 2016 U.S. Census Bureau American Community Survey. We analyzed the number of hours worked, commute times, percentage of income spent on housing, health insurance coverage, poverty levels and unemployment rates to get a picture of quality of life in each location.

The top cities aren’t among the nation’s biggest. No city in our top 10 had a population over 281,000 — so New York, Los Angeles and Chicago didn’t make the cut. Fun fact: 5 of the 10 cities are state capitals.

Fewer work hours doesn’t necessarily mean a better quality of life — and vice versa.The 10 cities with the shortest average workweeks rank as high as seventh (Eugene, Oregon) in overall quality of life and as low as 177th (Newark, New Jersey). Meanwhile, the 10 cities with longest workweeks score as high as sixth (Cary, North Carolina) and as low as 159th (Dallas). One thing is undisputed, however: Cities that scored well for quality of life tended to have shorter commutes.
There are more financial opportunities and stability. The top 10 cities rank highly in our analysis for data that show a smaller total of median gross rent as a percentage of monthly income and lower unemployment and poverty rates. As well, a higher percentage of residents in these cities have health insurance.

Best cities for quality of life

The state capital of the Badger State and home of the flagship campus of the University of Wisconsin scores highly on most of the metrics in our analysis. The city of 253,000 ranks ninth for percentage of the population with health insurance (96.4%), an indication that most residents have some coverage to help with medical bills. Unemployment, at 3.8%, was 16th lowest in our analysis, and those with jobs work an average of 37.0 hours a week, good for 20th, and their commutes averaged 19.4 minutes, No. 17.

The Mount Rushmore State has no corporate income tax, which likely explains the presence of several big employers including Citi and Wells Fargo in its largest city, Sioux Falls. The city, which sits near the border with Minnesota, has an unemployment rate of 2.6% — a tie for first in our analysis. It’s also the third most-affordable city out of 177, where median gross rent (a census metric that includes rent plus the estimated average monthly cost of utilities and fuels) takes up 27% of residents’ monthly income. Commutes are second-best in our analysis, at 16.8 minutes.

Home of the University of Nebraska Cornhuskers, Lincoln is tied for the 10th-lowest unemployment rate (3.6%) in our analysis, and it’s relatively affordable, with median gross rent that’s 33% of monthly income — making it No. 25 out of 177. Although it wasn’t superlative in any data we analyzed, the city of 280,000 nonetheless ranked in the top 40% in all six of the quality-of-life metrics examined. The state also appears to be a welcoming place: Nebraska took in 76 refugees per 100,000 residents in 2016, the most of any state, according to a Pew Research Center study.

The largest suburb in the Kansas City area and the headquarters of wireless and internet provider Sprint, Overland Park has the second-lowest poverty rate of any city in our top 10 (4.4%), and it tied for second-lowest unemployment rate (3.5%). It’s also the third-most affordable in the top cities, with 32% of monthly income going to gross rent. On the other hand, residents work more than those in most other cities — the average workweek is 39.5 hours (tied for 142nd out of 177).

Idaho’s capital sits along the Boise River and among the foothills of the Rocky Mountains, where its residents enjoy miles of trails for hiking and mountain-biking. And residents have time to enjoy them: Boise rates in the lower half of our analysis in average weekly hours worked at 38.1 hours, and its average commute is tied for eighth-lowest overall at 18.4 minutes. The city of 223,000 also gets high marks for affordability, with median income about 33% of monthly gross rent. A note to outsiders: Long-time residents say “BOY-see.”

Originally known as Bradford’s Ordinary for a tavern in the area between Raleigh and Durham, Cary’s population has grown 73% in population since 2000 to 164,000, making this place that’s officially a town the third-largest municipality in the Triangle after Raleigh and Durham. Cary also is the second-best city in our analysis in both median gross rent as a percentage of monthly income (25%) and poverty level (3)%.

Home of the University of Oregon and the birthplace of Nike and the modern athletic shoe, Eugene is considered the capital of the running world by some. Perhaps not coincidentally, the city also first in our analysis for shortest work week, at 34.7 hours, and tied for third for the shortest average commute of all cities at 18 minutes. That said, Eugene is also the least affordable city in our top 10 and 158th most-affordable out of 177, with the percentage of monthly income taken up by gross rent at 52%.

A translation from the French “le petite roche,” the actual little rock from which the capital of Arkansas gets its name overlooks the Arkansas River at the north end of Rock Street. Little Rock ranks 20th in our analysis in affordability — median gross rent as a percentage of monthly income is 32% — and unemployment rate is 4%. Where it really excels is in commute time. On average, residents take 18.1 minutes to get to work, tying for fifth in our analysis.

The center of the U.S. political universe every four years when the presidential caucuses roll around, Des Moines ranks 16th in our analysis for affordability, with median gross rent taking up 32% of monthly income. Iowa’s capital also scores in the better half of the analysis on percentage of the population with health insurance (93%) and average length of workweek, at 37.8 hours.

A close suburb to the northeast of Phoenix, Scottsdale’s population has grown 22% since 2000. Unemployment is among the lowest in our analysis at 3.5% (tied at 7th), and the city of 247,000 also scores well on median gross rent as a percentage of monthly income, 32%, good for 21st out of 177, and poverty rate, at 5.9%, puts at the 22nd spot. Residents there tend to work longer hours: the average workweek was 39.9 hours, or 155th lowest in our analysis.

For resources, check out  NerdWallet’s Moving and money: A financial guide for relocating .

This study examined 177 U.S. cities with populations over 150,000. This analysis is based on one-year data estimates from the 2016 U.S. Census American Community Survey. The quality-of-life score for each city is:

All six variables were weighted equally for a ranking for each location.