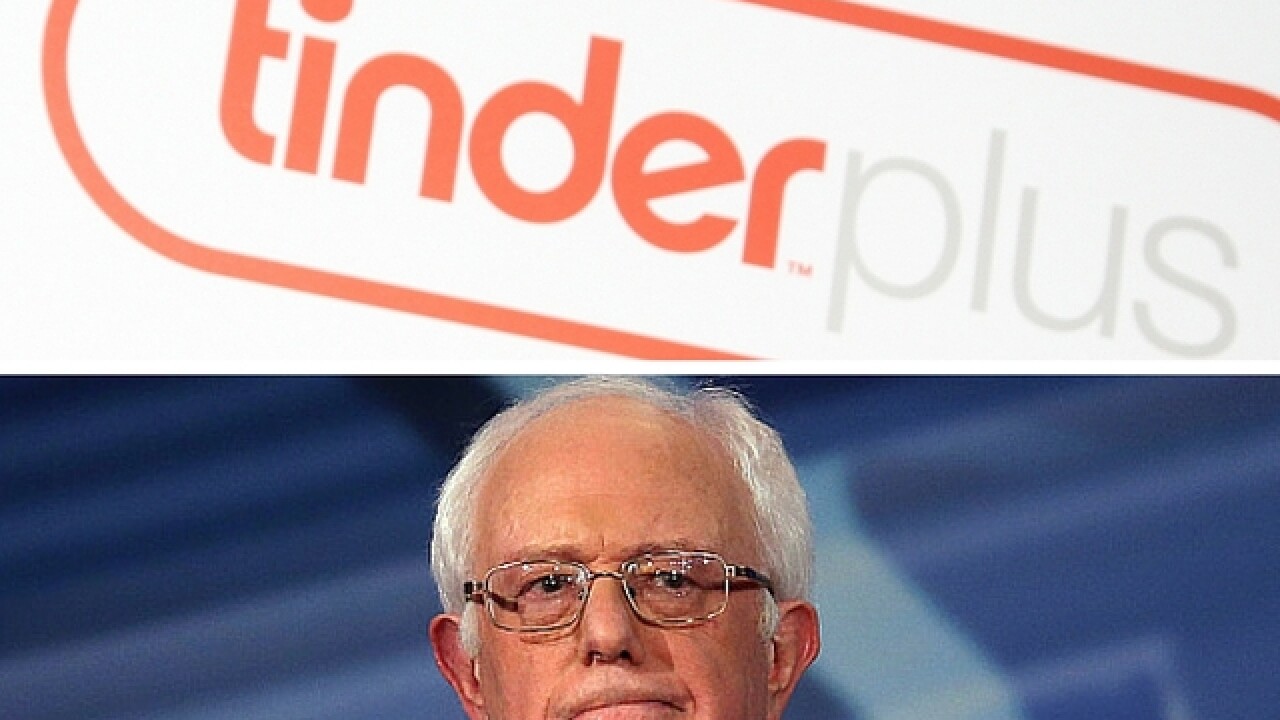 And, in 2016, Bernie Sanders’ supporters are swiping right.

According to BuzzFeed News, Robyn Gedrich, a 23-year-old college student from New Jersey, began using the dating app Tinder to campaign for the Vermont senator. The app allows two users to communicate only after they have both “liked” (or swiped right) on each other’s photos.

While playing around on the app during a snowstorm a few weekends ago, Gedrich figured she might as well put her time to good use.

“These guys are disgusting. They’re just looking for sex and that’s it,” she told BuzzFeed. “So if they’re going to swipe right, they might as well do some good and donate to the man, the myth, the legend, Bernie.”

Every day for two weeks, Gedrich “swiped right” on every profile that popped up on her Tinder. Every time she matched, she sent the following message to her new connection:

Those who texted were signed up for Sanders’ SMS campaign.

Though Gedrich was recently removed from Tinder after being reported as spam, the fad has caught on. A Tumblr account was created that shows screencaps of other woman campaigning for Sanders on the app.

Sanders isn’t the only politician drumming up support on the dating app. Greggor Ilagan campaigned on Tinder while trying to win a seat in the Hawaii state senate in 2015. However, he was quickly overwhelmed with the amount of one-on-one interactions — and the requests for dates — that come along with Tinder.

"Now I know why people don’t campaign on it," Ilegan said, according to the Huffington Post. "Tinder just has a different environment and different expectation. I learned the hard way."