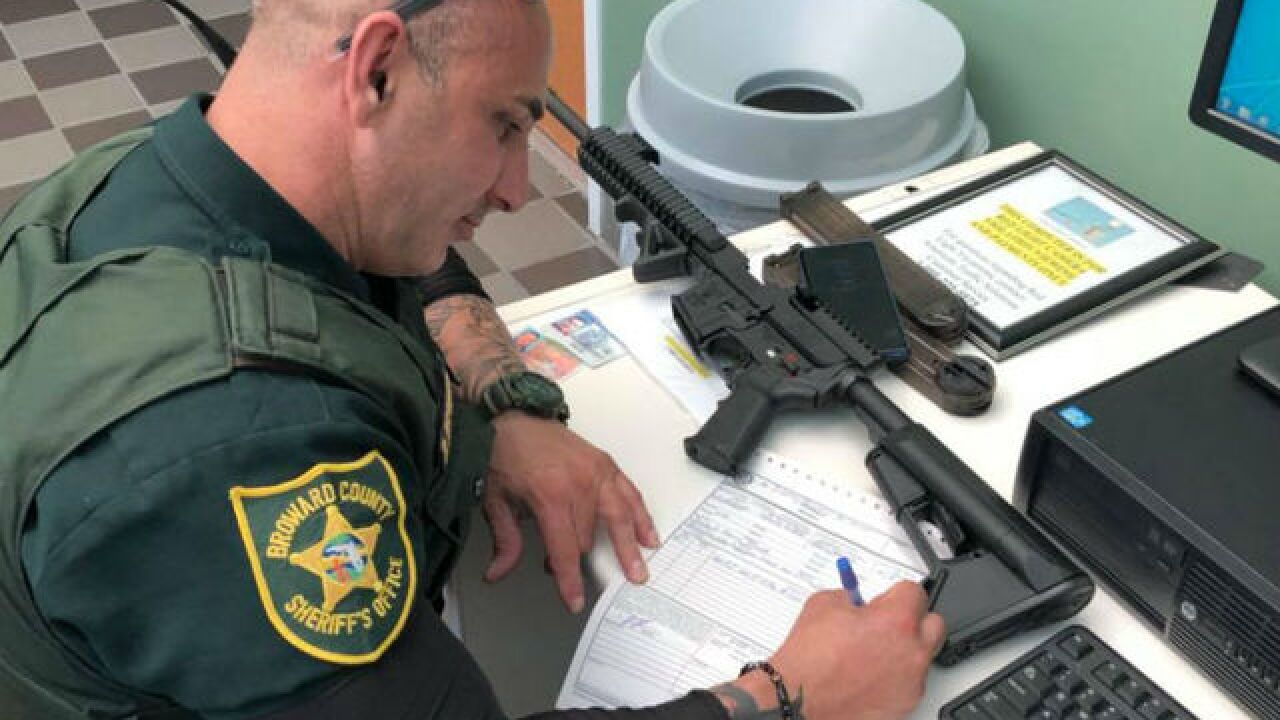 A South Florida gun owner said he is putting his money where his mouth is by turning in his AR-57, days after a similar weapon was used in the attack at Stoneman Douglas High School in Broward County.

In a Friday Facebook post, Ben Dickmann said he is a responsible, highly-trained gun owner, but "no one without a law enforcement badge needs this rifle."

In the post, which had been shared more than 208,000 times by Sunday night, Dickmann said he enjoyed shooting the weapon immensely but, "I don’t need it, I have other types I can shoot for the same enjoyment."

Dickmann surrendered the rifle to the Broward Sheriff's in Tamarac late last week after 17 people were killed by suspected gunman Nikolas Cruz in Parkland, Fla..

"(I) could have easily sold this rifle, but no person needs this. I will be the change I want to see in this world," Dickmann said on Facebook.

Thank you Ben for sharing this with #BSO . We have 2 options for anyone looking to dispose of a firearm. pic.twitter.com/eN85FiIWMi