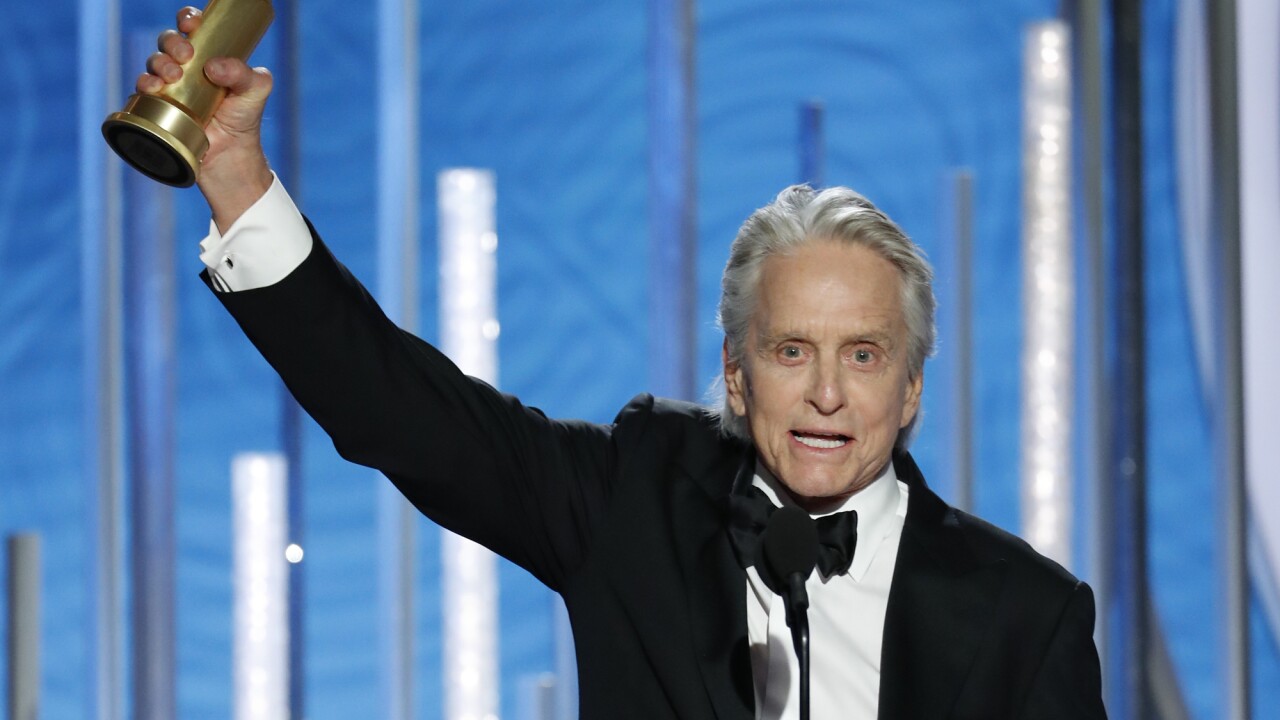 Paul Drinkwater/AP
This image released by NBC shows Michael Douglas, winner of best actor in a TV series, musical or comedy for his role in "The Kominsky Method" at the 76th Annual Golden Globe Awards at the Beverly Hilton Hotel, Sunday, Jan. 6, 2019 in Beverly Hills, Calif. (Paul Drinkwater/NBC via AP) 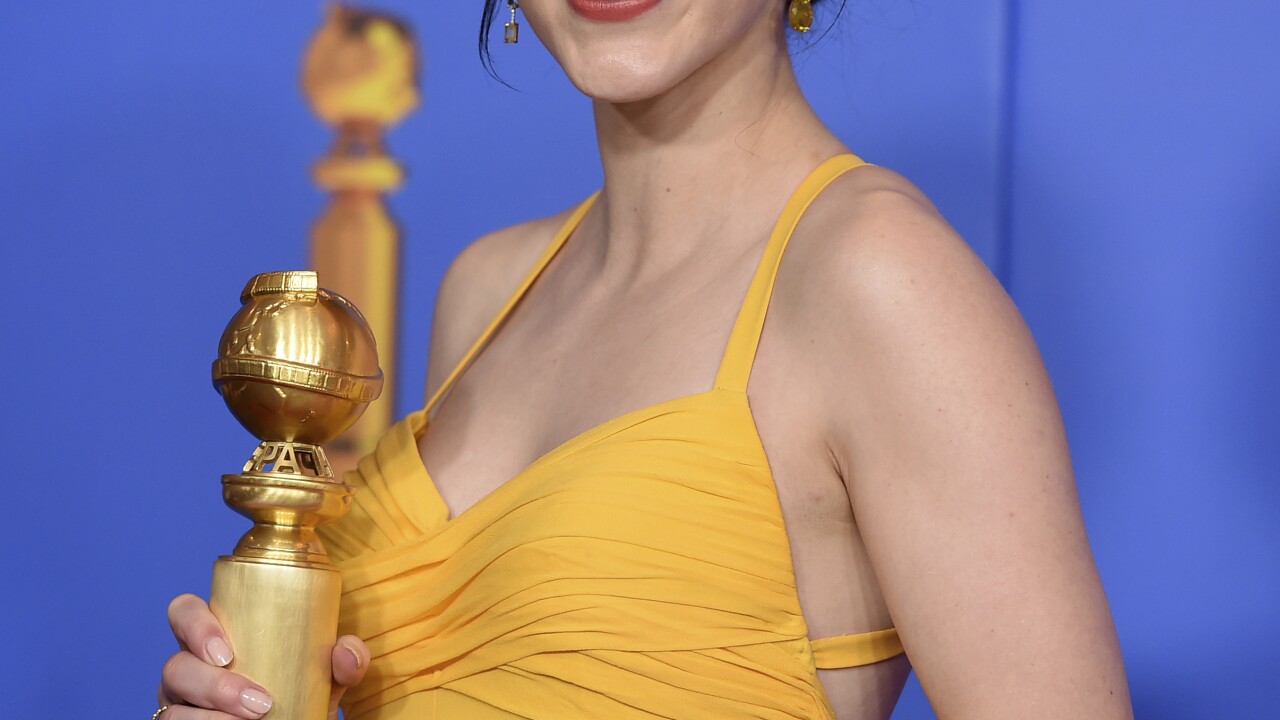 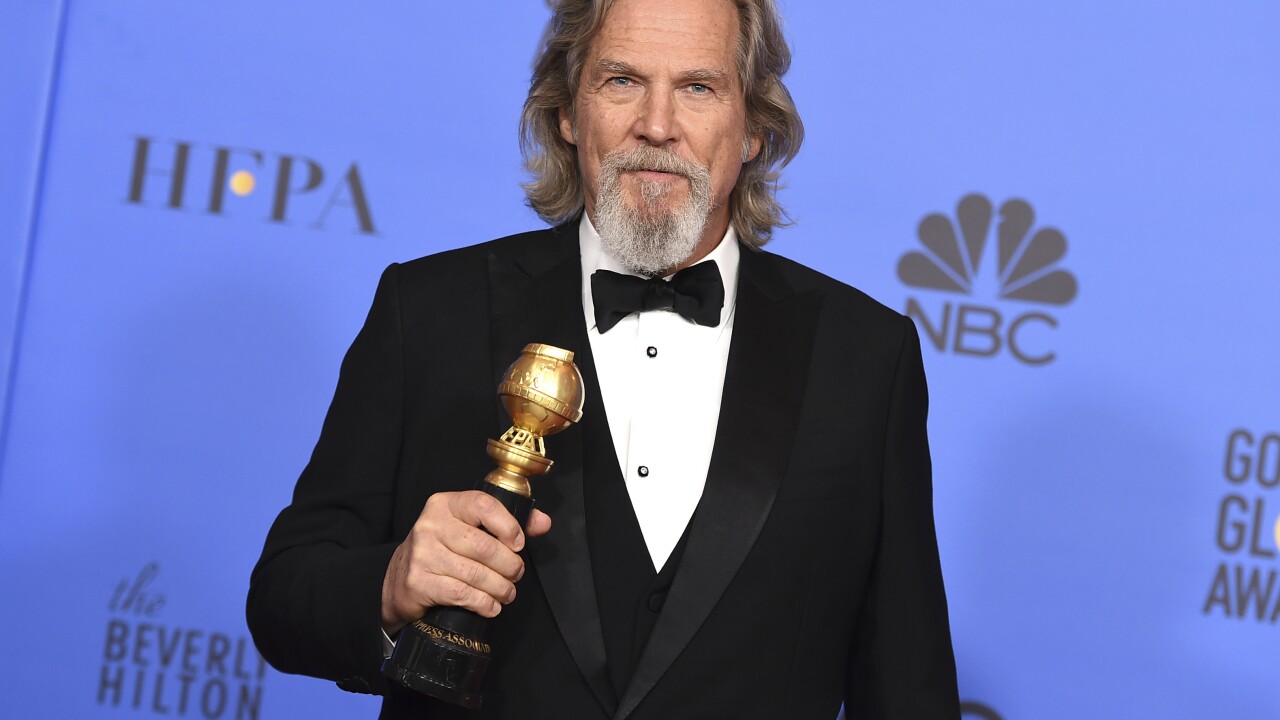 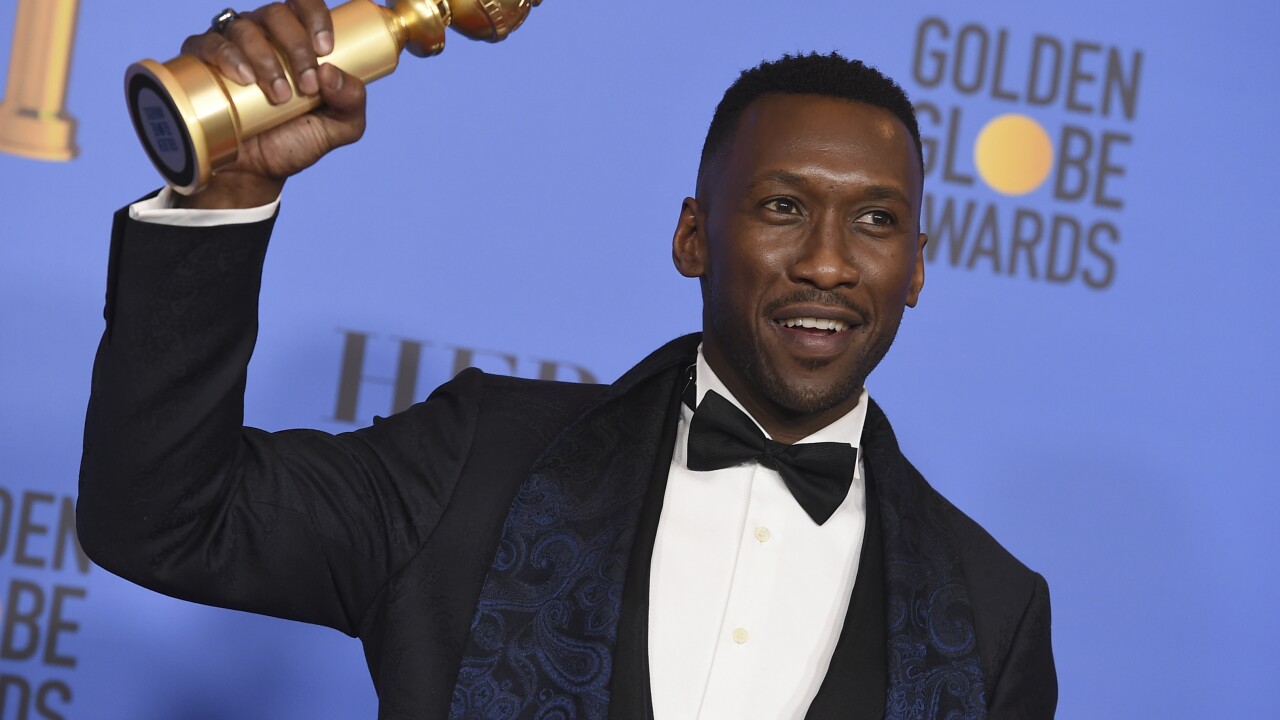 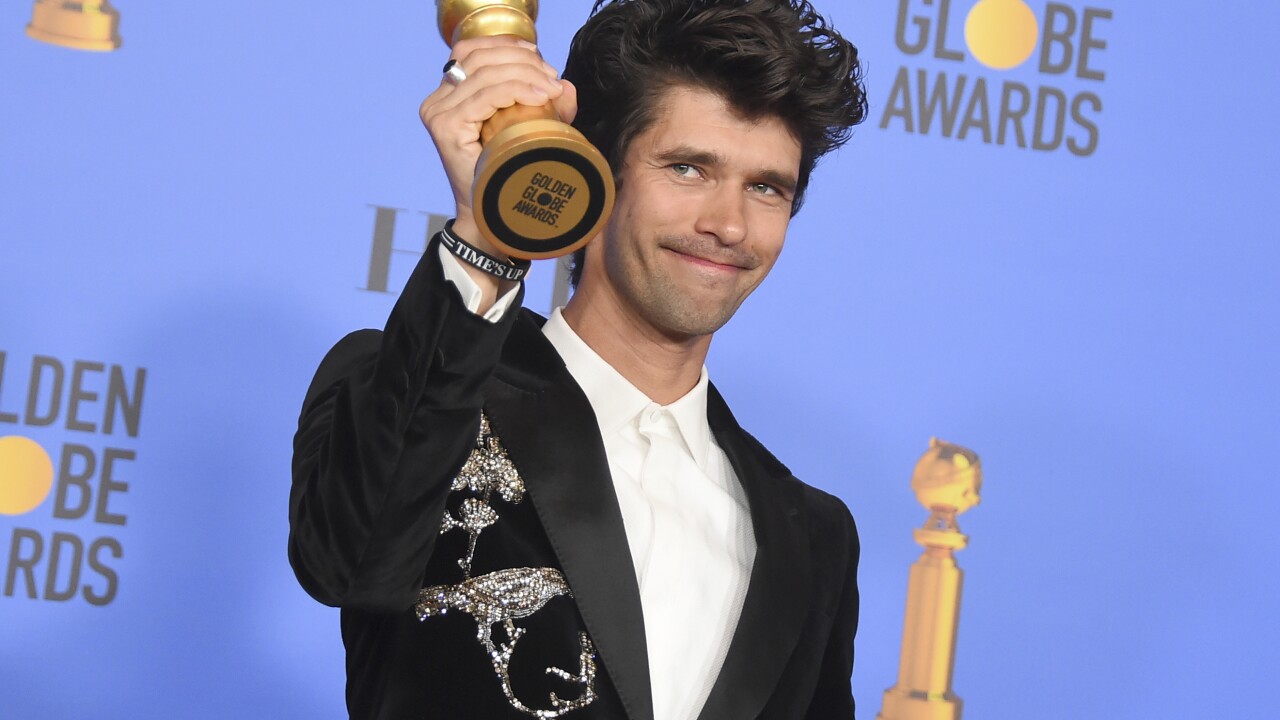 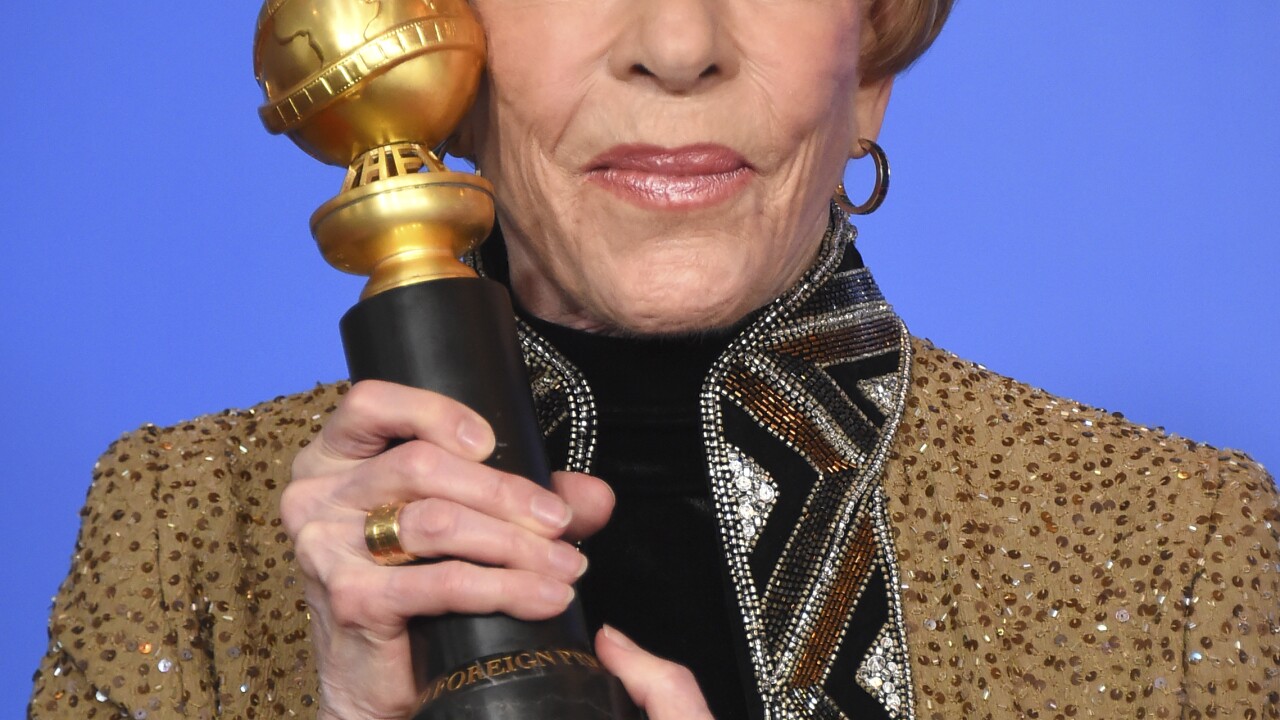 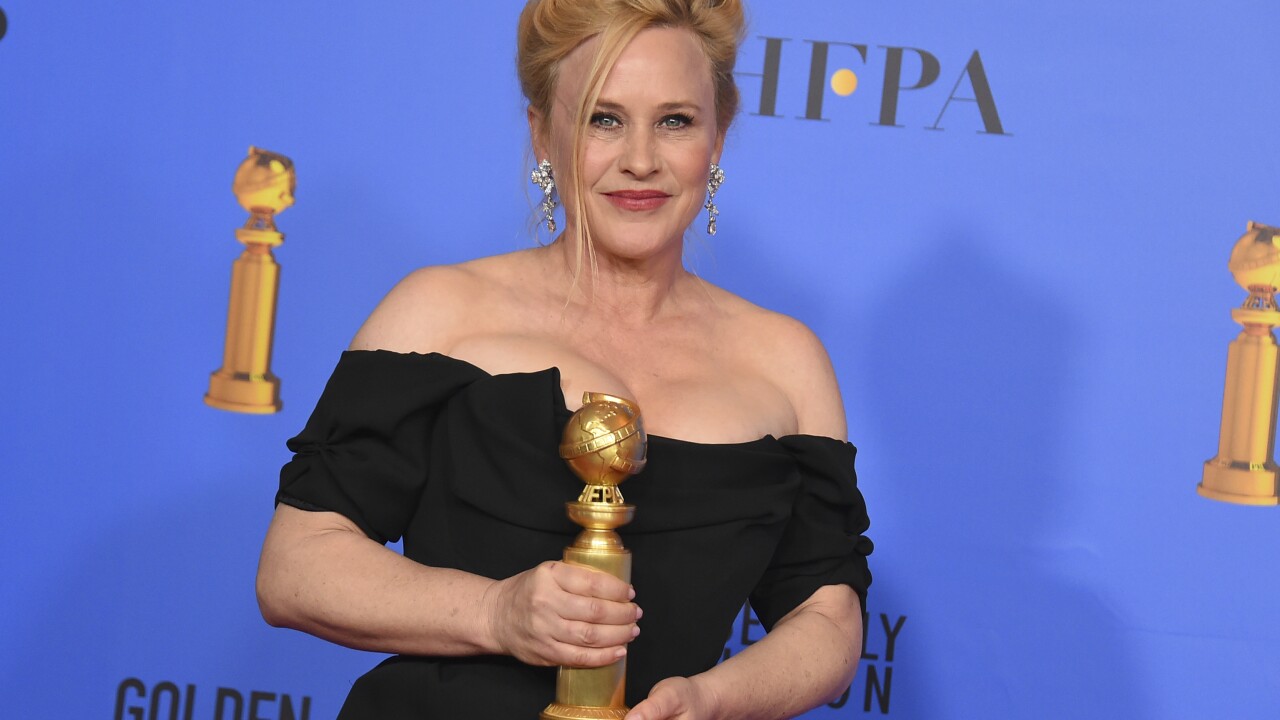 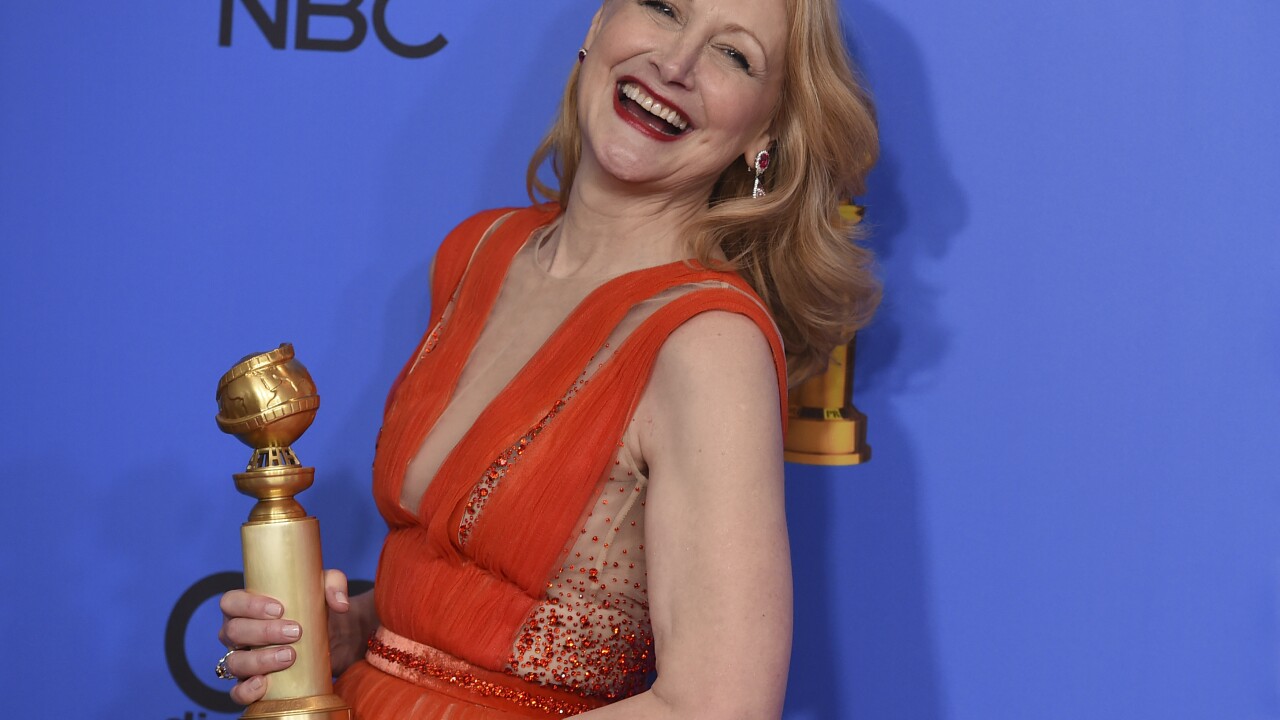 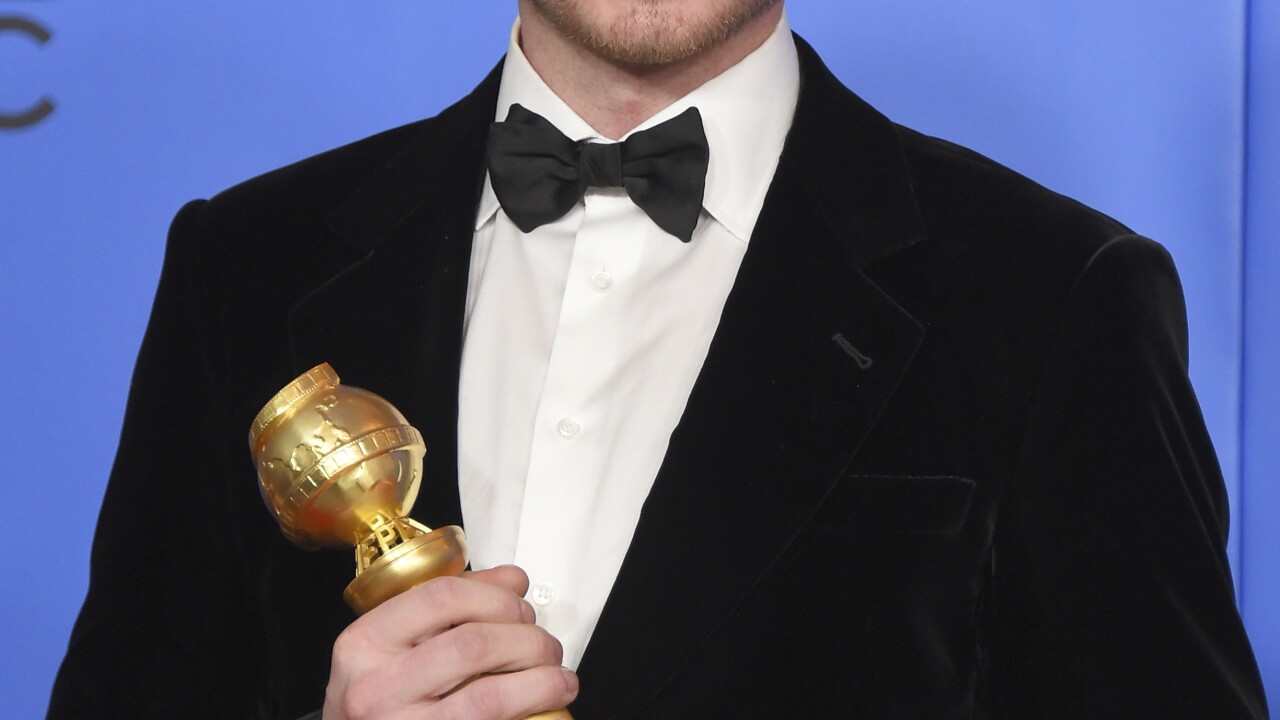 Few winners were seen as more certain than Lady Gaga as best actress in a drama at Sunday's ceremony at the Beverly Hilton Hotel in Beverly Hills, California. But the veteran actress Close pulled off the shocker for her performance in "The Wife," as the spouse of a Nobel Prize-winning author. Close said she was thinking of her mother, "who really sublimated herself to my father for her whole life."

"We have to find personal fulfillment. We have to follow our dreams," said Close, drawing a standing ovation. "We have to say I can do that and I should be allowed to do that."

Minutes later, the surprise was even greater when "Bohemian Rhapsody" won the night's top award, shortly after Rami Malek won best actor for his prosthetic teeth-aided performance as Mercury.

"Thank you to Freddie Mercury for giving me the joy of a lifetime," said Malek. "This is for you, gorgeous."

Politics were largely absent from the ceremony before Christian Bale took the stage for winning best actor in a musical or comedy for his lead performance in Adam McKay's "Vice."

"What do you think? Mitch McConnell next?" joked the Welsh-born actor, referring to the Senate's majority leader. "Thank you to Satan for giving me inspiration for this role."

Oh and Andy Samberg opened the Globes, put on by the Hollywood Foreign Press Association, on a note of congeniality, including a mock roast of attendees and a string of jokes that playfully commented on critiques of Hollywood. Oh performed an impression of a sexist caveman film executive who casts like the title of Damien Chazelle's Neil Armstrong drama: "First ... man!"

Noting the success of "Crazy Rich Asians," Oh alluded to films with white stars in Asian roles like "Ghost in the Shell" and "Aloha," the latter of which prompted Emma Stone, who starred in "Aloha," to shout out "I'm sorry!" from the crowd.

But Oh, who later also won for her performance on the BBC America drama series "Killing Eve," and Samberg closed their opening monologue on a serious note explaining why she was hosting.

"I wanted to be here to look out at this audience and witness this moment of change," said Oh, tearing up and gazing at minority nominees in attendance. "Right now, this moment is real. Trust me, this is real. Because I see you. And I see you. All of these faces of change. And now, so will everyone else."

Some of those faces Oh alluded to won. Mahershala Ali, whom the foreign press association overlooked for his Oscar-winning performance in "Moonlight," won best supporting actor for "Green Book." While the Globes, decided by 88 voting members of the HFPA, have little relation to the Academy Awards, they can supply some awards-season momentum when it matters most. Oscar nomination voting begins Monday.

The biggest boost went to "Green Book," Peter Farrelly's interracial road trip through the early `60s Deep South, which has struggled to catch on at the box office while coming under substantial criticism for relying on racial tropes. It won best film, comedy or musical, and best screenplay. "If Don Shirley and Tony Vallelonga can find common ground, we all can," said Farrelly, the director best known for broader comedies like "There's Something About Mary."

As expected, Lady Gaga, Mark Ronson, Anthony Rossomando and Andrew Wyatt won best song for the signature tune from "A Star Is Born," the film most expected to dominate the Globes.

"Can I just say that as a woman in music, it's really hard to be taken seriously as a musician and as songwriter and these three incredible men, they lifted me up," Gaga said.

Though the Globes are put on by foreign journalists, they don't including foreign language films in their two best picture categories (for drama and musical/comedy). That left Netflix's Oscar hopeful, Alfonso Cuaron's memory-drenched masterwork "Roma" out of the top category. Cuaron still won as best director and the Mexican-born filmmaker's movie won best foreign language film.

"Cinema at its best tears down walls and builds bridges to other cultures. As we cross these bridges, these experiences and these new shapes and these new faces, we begin to realize that while they may seem strange, they are not unfamiliar," Cuaron said accepting the foreign language Globe. "This film would not have been possible without the specific colors that made me who I am. Gracias, familia. Gracias, Mexico."

Netflix also won numerous awards for the series "The Kominsky Method," which won both best actor in a comedy series for Michael Douglas (he dedicated the honor to this 102-year-old father, Kirk Douglas) and for best comedy series over favored nominees like "The Marvelous Mrs. Maisel" (whose star, Rachel Brosnahan still won) and "Barry."

Olivia Colman, expected to be Lady Gaga's stiffest competition when the two presumably go head-to-head at the Oscars, won best actress in a comedy/musical for her Queen Anne in the royal romp "The Favourite." "I ate constantly throughout the film," said Colman. "It was brilliant."

Best supporting actress in a motion picture went to the Oscar front-runner Regina King for her matriarch of Barry Jenkins' James Baldwin adaptation "If Beale Street Could Talk." King spoke about the Time's Up movement and vowed that the crews of everything she produces in the next two years will be half women. She challenged others to do likewise.

"Stand with us in solidarity and do the same," said King, who was also nominated for the TV series "Seven Seconds."

A year after the Globes were awash in a sea of black and (hash)MeToo discussion replaced fashion chatter, the red carpet largely returned to more typical colors and conversation. Some attendees wore ribbons that read TIMESUPx2, to highlight the second year of the gender equality campaign that last year organized the Globes black-clad demonstration. Alyssa Milano, the actress who was integral in making (hash)MeToo go viral, said on the red carpet that in the past year a "really wonderful sisterhood has formed."

The press association typically likes having first crack at series that weren't eligible for the prior Emmys. They did this year in not just "The Kominsky Method" and "Bodyguard" but also the Showtime prison drama "Escape at Dannemora." Its star, Patricia Arquette, won for best actress in a limited series.

Usually the Hollywood Foreign Press Association's ceremony is known for its freewheeling frivolity and fun. The free-flowing booze helps. But the 2018 Globes were the first major televised awards in Hollywood following the downfall of Harvey Weinstein and the subsequent push for greater gender equality in the film industry.

Last year's show, like a lot of recent awards shows, saw ratings decline. Some 19 million tuned in to the Seth Meyers-hosted broadcast, an 11-percent decline in viewership. This year, NBC has one thing in its favor: an NFL lead in. Ahead of the Globes, NBC broadcast the late afternoon wild card game between the Chicago Bears and the Philadelphia Eagles, which proved to be a nail-bitingly close game -- likely delivering the network a huge audience.

Jeff Bridges received the Globes' honorary Cecil B. DeMille Award. In remarks about everything from Michael Cimino to Buckminster Fuller and, of course, to his "Big Lebowski" character the Dude, Bridges compared his life to a great game of tag. "We've all been tagged," said Bridges. "We're alive." He ended by "tagging" everyone watching. "We can turn this ship in the way we want to go, man," said Bridges.

A similar television achievement award was also launched this year, dubbed the Carol Burnett Award. Its first honoree was Burnett, herself.

"I'm kind of really gob-smacked by this," said Burnett. "Does this mean that I get to accept it every year?"

Kristin M. Hall in Nashville and Lindsey Bahr in Los Angeles contributed to this report.

For complete coverage of the Golden Globes visit: www.apnews.com/GoldenGlobeAwards