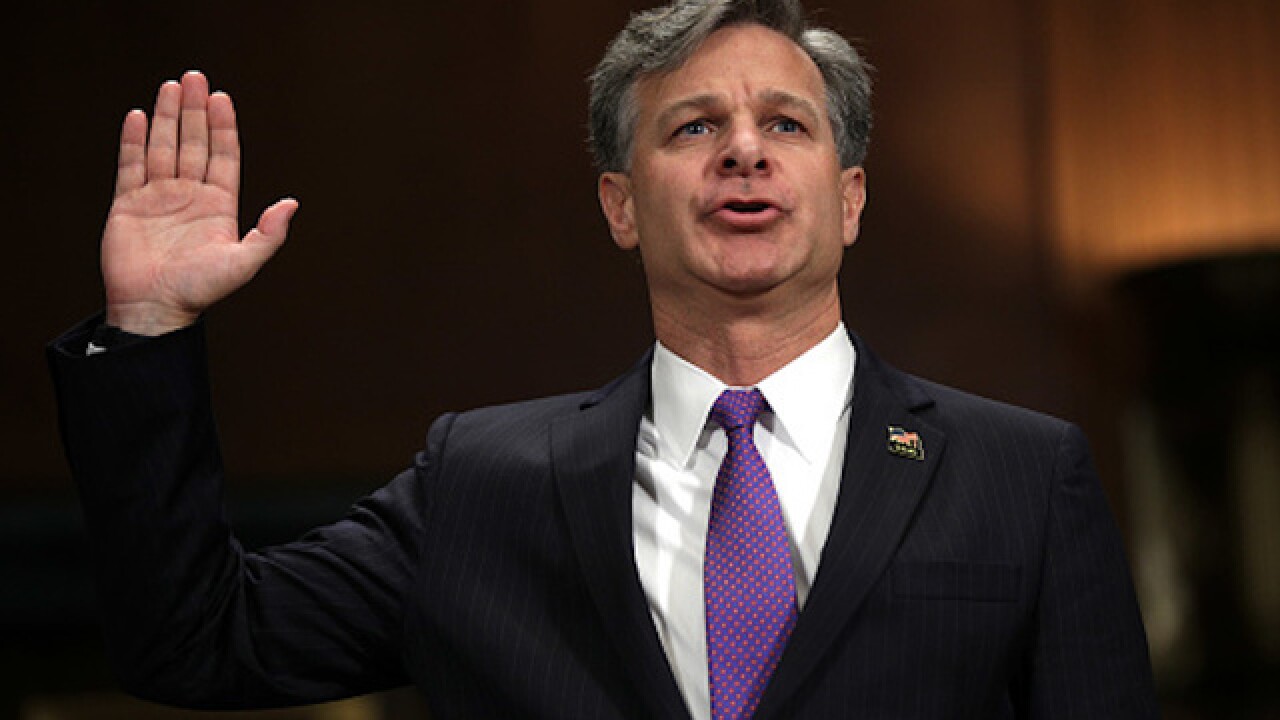 Copyright 2017 Scripps Media, Inc. All rights reserved. This material may not be published, broadcast, rewritten, or redistributed.
Alex Wong
<p>WASHINGTON, DC - JULY 12: FBI director nominee Christopher Wray is sworn in during his confirmation hearing before the Senate Judiciary Committee July 12, 2017 on Capitol Hill in Washington, DC. If confirmed, Wray will fill the position that has been left behind by former director James Comey who was fired by President Donald Trump about two months ago. (Photo by Alex Wong/Getty Images)</p>

CNN previously reported Deputy FBI Director Andrew McCabe told other senior FBI officials months ago that he planned to retire in the near future, is eligible to retire in March and, under FBI rules governing accumulated leave, may be able to exit earlier. McCabe has taken fire publicly from President Donald Trump and his allies in recent weeks over the FBI's handling of the Hillary Clinton email investigation and his connections to anti-Trump messages sent between two FBI employees during the campaign.

The Axios report , based on three unnamed sources, said Sessions was pressuring Wray to fire McCabe, and that one source familiar with the situation said Sessions conveyed to White House counsel Don McGahn how upset Wray was about the request, and that McGahn in turn said it wasn't worth losing Wray over.

In a statement responding to the Axios report, White House Principal Deputy Press Secretary Raj Shah did not address its reporting specifically, but instead reaffirmed Trump's respect for the agency and its leader.

"The President has enormous respect for the thousands of rank-and-file FBI agents who make up the world's most professional and talented law enforcement agency," Shah said. "He believes politically motivated senior leaders, including former Director (James) Comey and others he empowered, have tainted the agency's reputation for unbiased pursuit of justice. The president appointed Chris Wray because he is a man of true character and integrity, and the right choice to clean up the misconduct at the highest levels of the FBI and give the rank and file confidence in their leadership."

Asked about the Axios report in an interview on CNN's "Cuomo Prime Time," White House counselor Kellyanne Conway declined to respond and said she had no direct knowledge of direct conversations between the attorney general and the FBI director.

"I am certainly not discussing what Attorney General Sessions and Director Wray discuss on the job," Conway said. "I would have no direct knowledge of that."

Trump has publicly called on McCabe to step down and tweeted repeated attacks on the FBI official.

In one December tweet, Trump said , "FBI Deputy Director Andrew McCabe is racing the clock to retire with full benefits. 90 days to go?!!!"

McCabe took on heightened scrutiny and criticism as news surfaced early last month that FBI agent Peter Strzok had been removed over the summer from the special counsel investigation led by Robert Mueller after Mueller learned of anti-Trump messages Strzok had exchanged during the campaign with Lisa Page, an FBI lawyer who also was assigned to the Mueller investigation.

In an August 2016 message, Strzok made an apparent reference to a discussion in McCabe's office.

A new cache of messages between Strzok and Page were delivered to Congress last Friday, according to Wisconsin Republican Sen. Ron Johnson. The senator asked in a letter on Saturday if the FBI has any records of messages exchanged from December 14, 2016, to May 17, 2017, which the Justice Department said were not preserved due to a technical glitch.