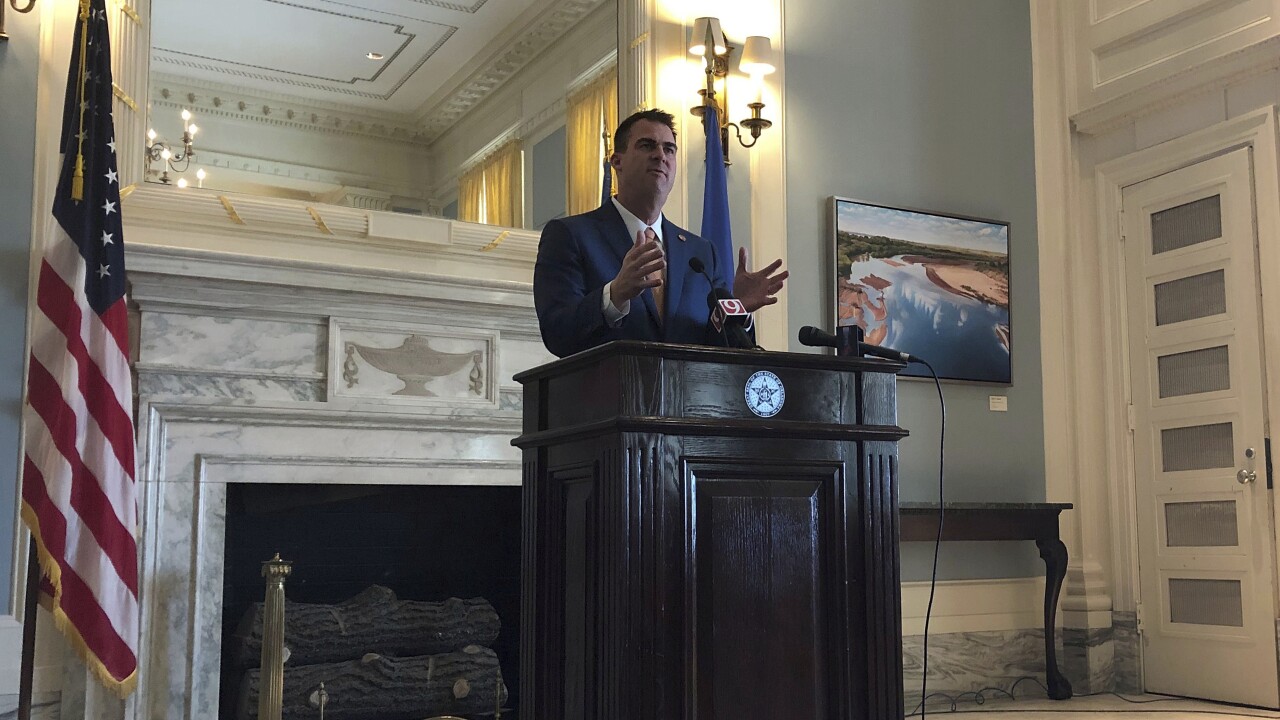 (Copyright 2020 The Associated Press. All rights reserved. This material may not be published, broadcast, rewritten or redistributed.)
Adam Kealoha Causey/AP
Oklahoma Gov. Kevin Stitt answers reporters' questions Wednesday, Jan. 30, 2019, at forum sponsored by The Associated Press in the state Capitol in Oklahoma City, Okla. The Republican, who took office this month, expressed a willingness to consider some version of Medicaid expansion that would extend health insurance to thousands of Oklahoma's uninsured (AP Photo/Adam Kealoha Causey)

OKLAHOMA CITY (AP) -- An Oklahoma City businessman and lawyer has been appointed to the University of Oklahoma Board of Regents.

Republican Gov. Kevin Stitt announced the appointment Tuesday of Gary Pierson to the panel that oversees the state's flagship university as well as Cameron and Rogers State universities.

Stitt previously appointed OU graduate and Ohio business executive Eric Stevenson to the board following the resignation of Regent Clay Bennett. Stevenson is the first African American to serve on the board in 20 years.