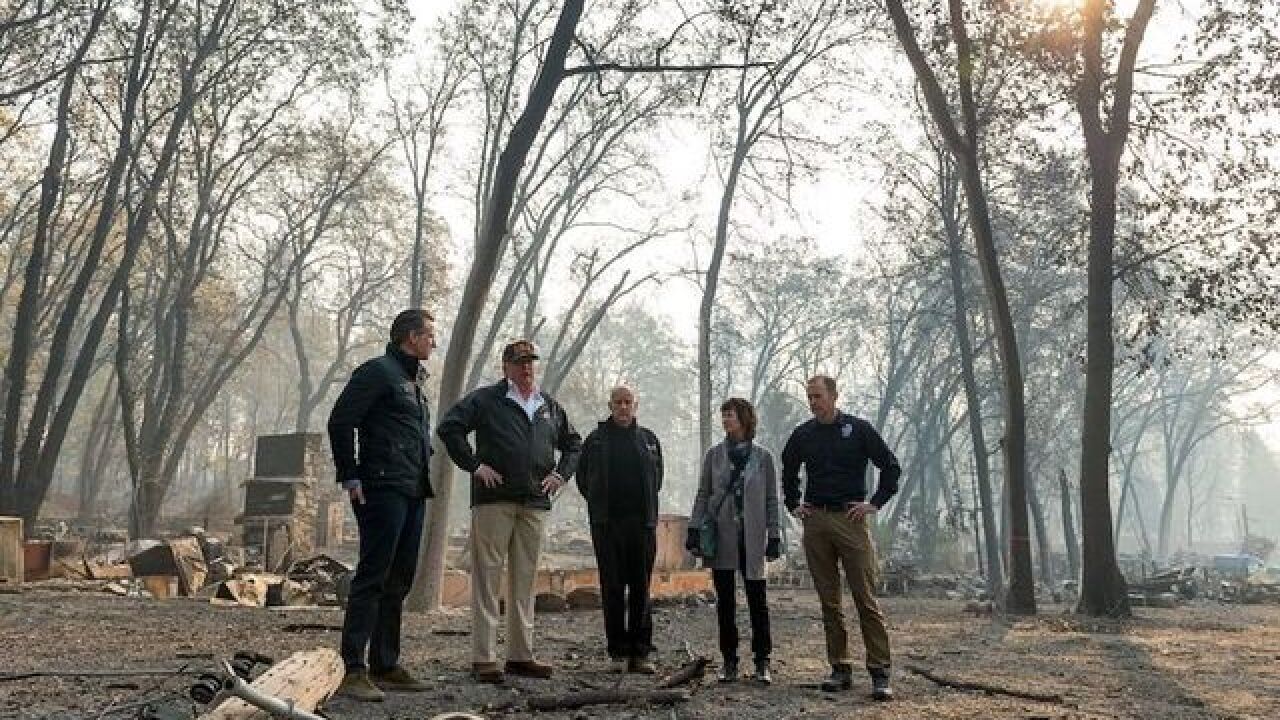 President Donald Trump, after surveying the destruction wrought by wildfires in California, said Saturday that the devastation has not altered his opinion on climate change.

"No, no, I have a strong opinion. I want a great climate," Trump said when asked whether what he witnessed had changed his view.

But later, on Air Force One alongside Democratic Gov. Jerry Brown and Lt. Gov. Gavin Newsom, who is also the state's governor-elect, Trump said that while he disagrees with the state leaders on the issue, their views are "maybe not as different as people think."

Earlier Saturday, Trump said he thought there were "a lot of factors" involved when asked about the role of climate change in contributing to the fires.

"We have the management factor that I know Jerry has really been up on and very well, and Gavin is going to, we're going to be looking at that together," Trump said.

Trump's remarks came after he was criticized last week for initially blaming California forest management for the destruction wrought by the fires, considered the deadliest and most destructive in California's history. Since the wildfires began, more than 70 people have died and more than 1,000 people remain missing.

"There is no reason for these massive, deadly and costly forest fires in California except that forest management is so poor," Trump wrote on Twitter last weekend. "Billions of dollars are given each year, with so many lives lost, all because of gross mismanagement of the forests. Remedy now, or no more Fed payments!" he wrote in a tweet.

In a separate tweet, Trump wrote: "With proper Forest Management, we can stop the devastation constantly going on in California. Get Smart!"

Trump's tweets drew criticism from leaders of firefighters' organizations and others.

"His comments are reckless and insulting to the firefighters and people being affected," said Harold Schaitberger, president of the International Association of Fire Fighters.

"The President's message attacking California and threatening to withhold aid to the victims of the cataclysmic fires is ill-informed, ill-timed and demeaning to those who are suffering as well as the men and women on the front lines."

"Nobody thought this could happen," Trump told reporters. "Hopefully this is going to be the last one of these," he added.

Without explaining himself, the President said the floors of the forests need to be taken care of, and he again talked about time that needed to be spent on raking and cleaning.