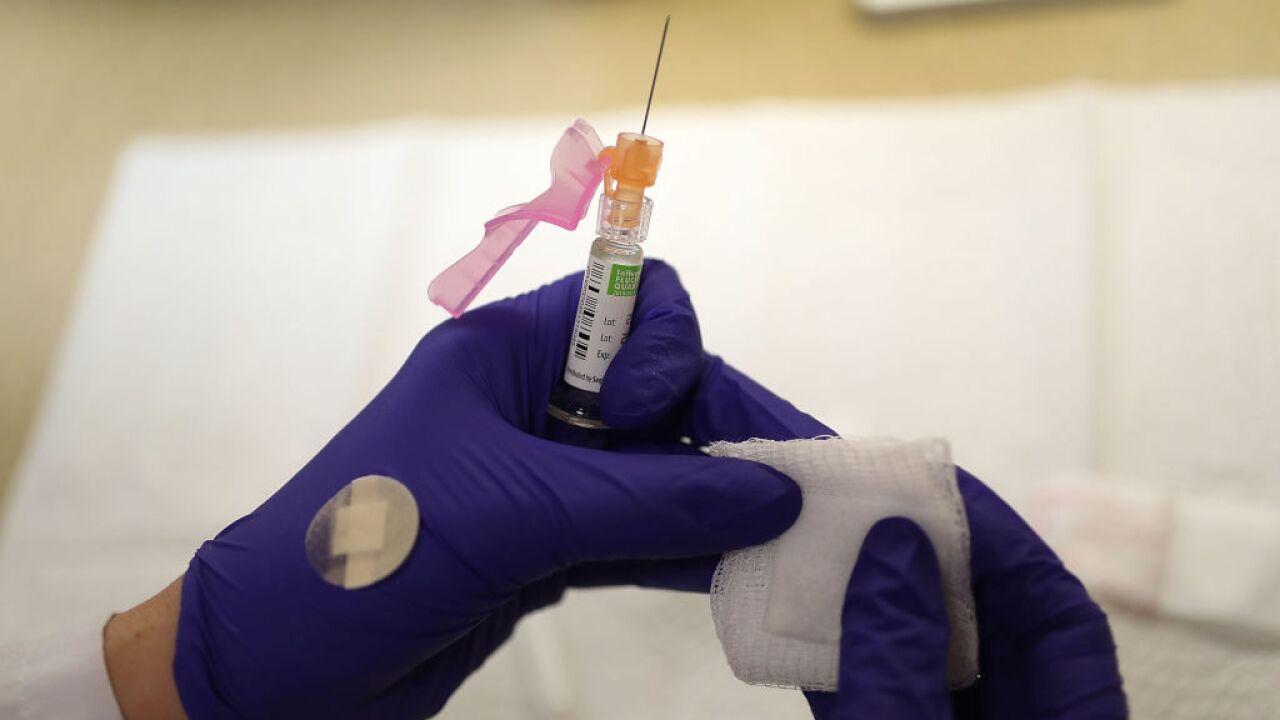 Arizona lawmakers voted last week to advance three bills that would make it easier to get exemptions from the state's vaccine requirements, and which would require doctors to provide much more information to patients and families about potential harms that vaccines pose.

The bills cleared the House's Health and Human Services Committee on a 5-4 GOP-led, party-line vote, and head to the Rules Committee on their way to the floor.

HB 2470 adds a religious exemption to the existing law requiring vaccinations, and carries an amendment that would eliminate the requirement for parents to fill out an exemption form that informed them of potential consequences of not vaccinating their children. Those consequences can include requirements to keep children who haven't received vaccinations out of school during disease outbreaks.

HB 2471 requires medical providers to give detailed information about vaccines, including the prescription's package insert, to parents.

Finally, HB 2472 gives patients, or their parent or legal guardian, an option for an antibody titer test to see whether the individual has developed antibodies to vaccine preventable diseases.

CNN has reached out to the bills' sponsor, Rep. Nancy Barto, who didn't respond. She told Capitol Media Services: "These are not, in my view, anti-vaccine bills. They are discussions about fundamental individual rights."

Sen. Paul Boyer, who is sponsoring a companion trio of bills in the state Senate, raised concerns about the ingredients included in vaccines.

Boyer said public health providers are not required to give individuals the same ingredient lists that come with the product inserts, and in doing so, he felt the state was "not engaging in fully informed consent."

The senator said he had received several emails from parents who believed their children had been injured by vaccines and who said they wouldn't have allowed their children to be vaccinated had they been able to read the information in the product insert.

Vaccine ingredient information is available on the websites for the Centers for Disease Control and Prevention and the US Food and Drug Administration .

Boyer cited a federal Committee on Government Reform report regarding the Vaccine Injury Compensation Program that stated the committee "agrees that pediatricians and health care providers should fully inform patients about vaccine risks and benefits."

Jennifer Tinney, a program director for The Arizona Partnership for Immunization, or TAPI, said her nonprofit coalition was "very much concerned" about the ramifications the three bills pose. She said if passed, the bills would make more children exempt from vaccinations and diminish community immunity.

Tinney said there were no major religions opposed to vaccinations and didn't see a major need to add in a religious exemption to the personal belief exemption the state already has on the books.

Tinney said Arizona already provides "correct, pertinent information" to children's parents that is written in "everyday language that anyone can understand." She worried that HB 2471 would intimidate parents by making them "wade through a textbook of information," that could be as much as 30 pages per vaccine, and "up to 90 pages" if the child was receiving multiple vaccines in a single visit.

"Having too much information can make it harder to make a decision," she said.

Tinney also worries that HB 2472's antibody test might have the possibility of yielding a "false positive," for instance showing that an individual had been exposed to a pathogen, even though he or she hadn't developed a full long-term immunity.

During the bill's hearing before the state House's Health and Human Services Committee, Liz McKenna, a physician and representative of more than 900 pediatricians the Arizona chapter of the American Academy of Pediatrics, told the committee her group "strongly opposes" the measure because it would result in lower vaccination rates.

She said even without the bills, the state's vaccination rates "have fallen to dangerously low levels."

Debate over vaccinations has been ongoing

For more than 100 years, there has been public discord regarding vaccines , based on issues such as individual rights, religious freedoms, distrust of government and the effects that vaccines may have on the health of children.

A study published last year on the state of the anti-vaccine movement in the United States showed that over the last decade "philosophical belief" nonmedical vaccine exemptions had risen in 12 of the 18 states allowing such policies, including Arizona.

Debbie McCune Davis, executive director of TAPI, told CNN that a separate bill , which would have removed the personal belief exemption, did not receive a hearing.

Last year, the Arizona Department of Health Services sounded the alarm that the increasing rate of exemptions in the state had led to decreasing rates of vaccination for two years in a row.

Washington state is taking the opposite approach during its measles outbreak

Meanwhile, in Washington state, lawmakers are considering a bill that would remove philosophical exemptions from school vaccine requirements, the Spokesman-Review reported .

An ongoing measles outbreak prompted the governor to declare a state of emergency last month. Officials there confirmed that 31 of the original 35 people who got sick had not received vaccinations against measles. The Washington State Department of Health reported that 7.9% of children entering kindergarten during the 2017-18 school year had vaccine exemptions.

"Once you start to dip below 95% vaccination you start to lose the herd immunity," CNN Chief Medical Correspondent Dr. Sanjay Gupta said, commenting on that outbreak.

On Monday, the CDC released a report stating that there have been 159 measles cases in the United States so far in 2019, with Washington's outbreak reaching 70 cases.

Brooklyn, New York, is grappling with a measles outbreak that officials have called the worst in two decades.

That outbreak has 17 new cases in 2019. A spokeswoman for New York's Department of Health told CNN the new cases "would not have happened if the children had been vaccinated on time."

Measles is a potentially deadly respiratory disease characterized by a rash of flat red spots. It can appear in the United States if individuals bring it in from other countries where the disease is still endemic.