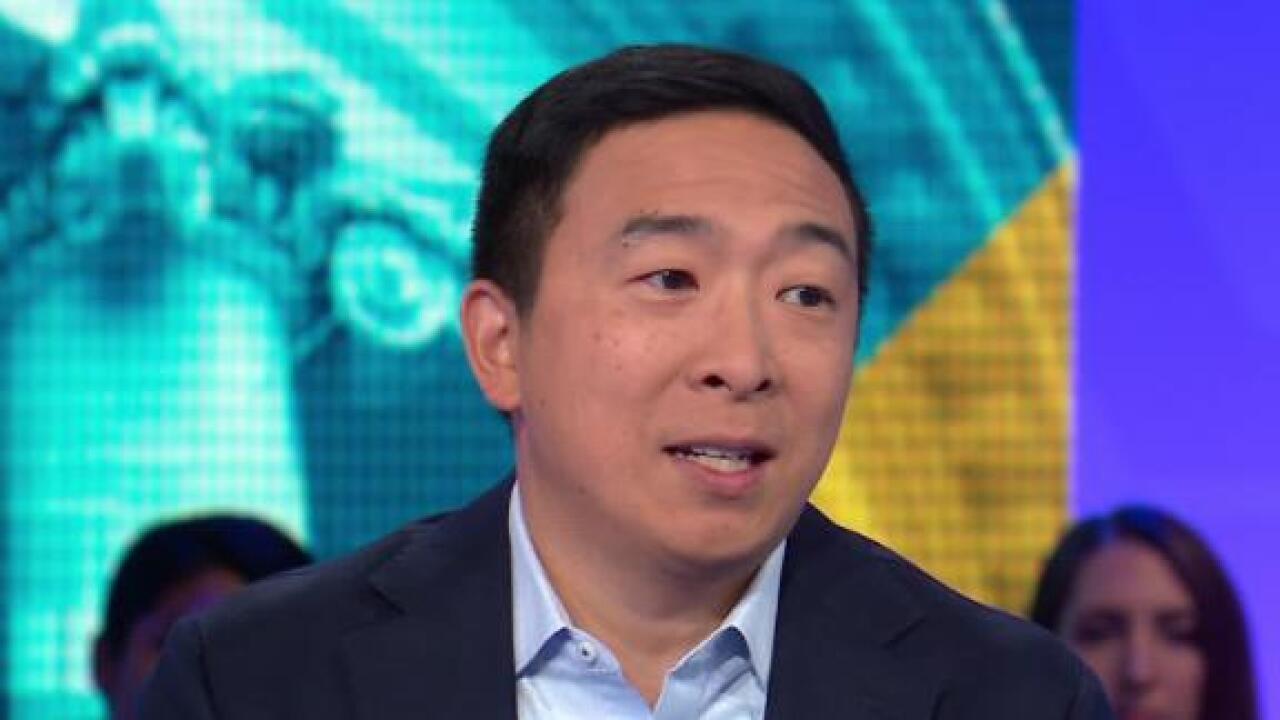 Gillis was recently fired from SNL due to racist comments he made in the past about Asians. But Yang, who's Taiwanese-American, has consistently said he did not believe Gillis should lose the gig.

In an episode of CNN's The Van Jones Show, slated to air at 7 p.m. ET Saturday, Yang was asked about "cancel culture" and whether the country has gone "too far in the direction of a lack of grace or a lack of forgiveness."

"I'm new to politics," Yang said, "but I certainly would hate to be judged by something I did 25 years ago."

"I think that our standards have become unfair, and we've become unduly vindictive and punitive," he said.

Yang also pointed out that "canceling" someone for perceived missteps and mistakes may have a long-lasting effect for the person who's been canceled.

"Then what happens is, two months later, we move on," he said. "But that person still doesn't have a job or that person's life has still been changed irrevocably. So to me, those things don't necessarily balance out."

Yang told Jones that his first reaction to the news about Gillis was "hostility, confusion, anger."

"And so I did what came naturally to me, which was I sat down with my wife and actually watched some of Shane's comedy," Yang said, "just to try to get a sense as to who he was and where he was coming from."

After about 45 minutes, Yang said he and his wife talked about it.

"We both thought that he was not evil or malignant or really hateful in actually advocating for any kind of racist ideology -- that he struck me as a still-figuring-it-out comedian from central Pennsylvania, who'd told some terrible and offensive jokes. ...

"If anyone should be offended, it's me," Yang told Jones. "And if I don't think he should lose his job, then I should probably say something to that effect, cause maybe it would make a difference."